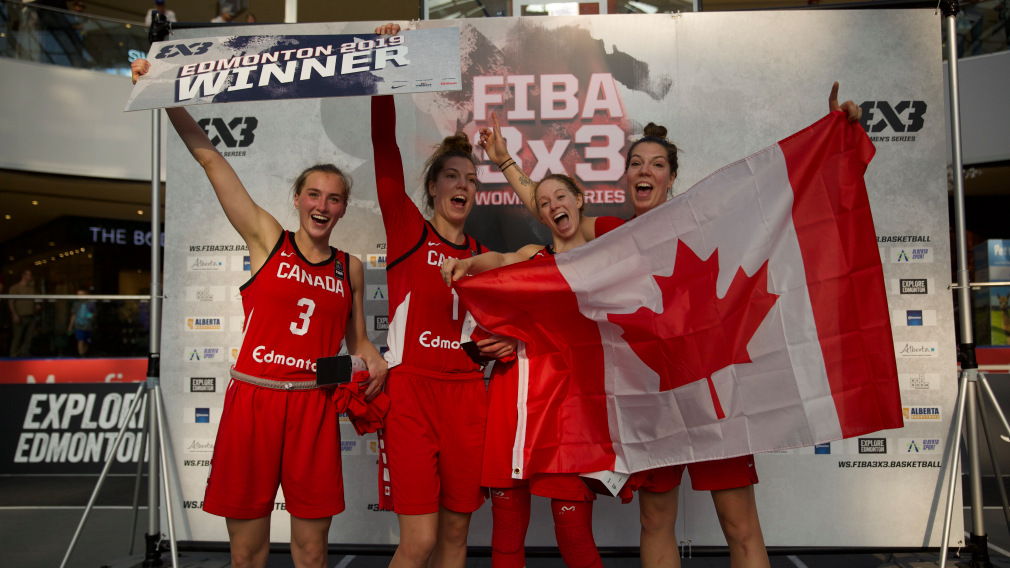 Team Canada claimed medals across the globe this weekend in basketball, gymnastics, and figure skating.

Melissa Humana-Parades and Sarah Pavan ended off this year’s AVP Tour by winning the Hawaii Open. This is the third time on the Tour that they have faced Ross/Klineman in the final, with the Canadians coming out on top two out of the three times.

Sophie Marois claimed two bronze medals this weekend at the FIG World Challenge Cup in Guimaraes, Portugal. The 18-year-old’s first medal came in vault, while her second medal came from the beam event.

“Being able to represent Canada is always an honour and a great feeling and it’s something I really missed doing,” Marois said after the podium ceremony.

Canadian Imogen Paterson also competed, with this being her first World Challenge, and finished with two fourth place finishes.

Ice dance pair Carolana Soucisse and Shane Firus skated their way to bronze at the International Figure Skating Classic in Salt Lake City. They finished with a cumulative score of 181.39 points from the weekend. This was an improvement from last weekend where Soucisse and Firus finished in fifth place at the Autumn Classic International in Oakville.