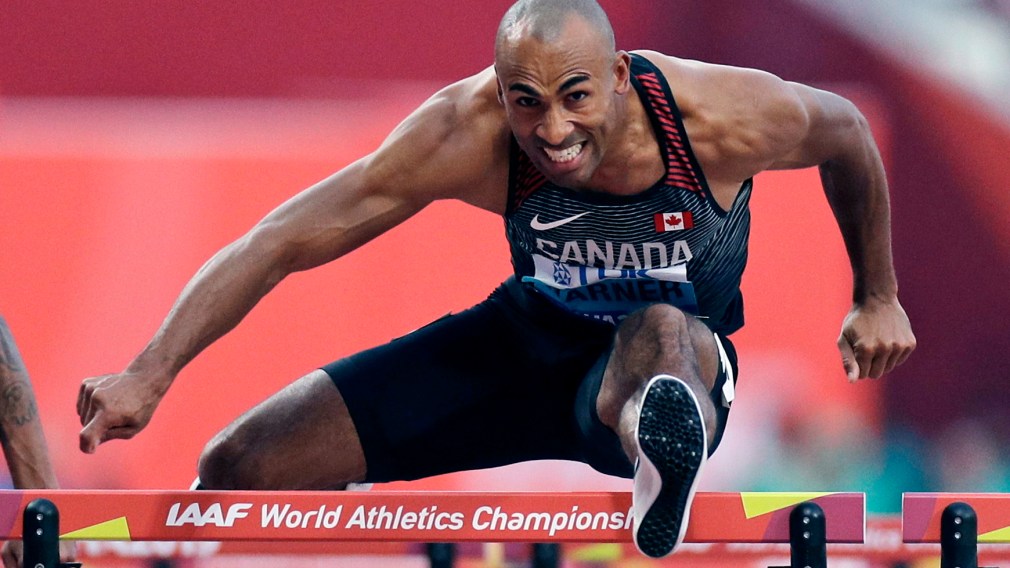 .@DamianWarner cruising into first place for his heat in the decathlon's 110m hurdles race 🏃‍♂️💨

Leading up to the 1500m race, Warner struggled in the discus throw and pole vault, leaving him third overall in points.

Warner has two medals from previous World Championships. He won silver in 2015 and bronze in 2013.

Teammate Pierce LePage, competing at his first World Championships, finished in fifth place with 8445 points. Throughout the decathlon, LePage remained in the top five overall for points. He finished second in the 100m and first in the long jump.

Canada has won a total of five medals overall. The World Athletics Championships run through October 6th at Khalifa International Stadium in Doha, and can be watched LIVE on cbcsports.ca or on the CBC Gem app.