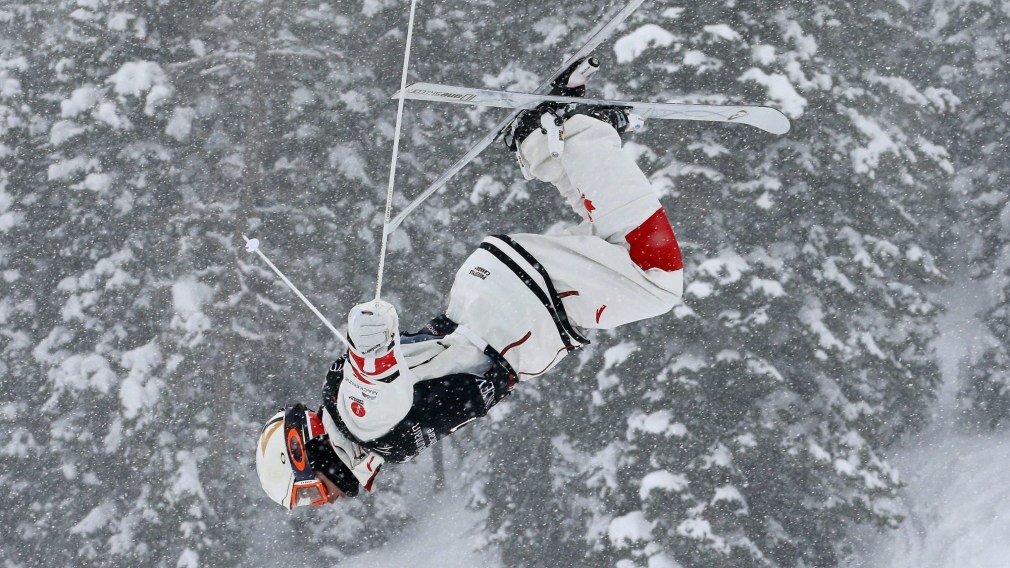 Winter won’t officially begin until the solstice on December 21.

But Team Canada athletes who compete on ice and snow will soon be getting their seasons underway.

Here’s a quick look at some of the names and stories you’ll want to keep tabs on for the next six months:

Can Mikaël Kingsbury keep his crown?

Dominant is the best descriptor for the reigning Olympic and world champion in men’s moguls. Mikaël Kingsbury heads into the season seeking his ninth straight Crystal Globe as the overall World Cup champion in freestyle skiing. He’s already racked up a moguls record 56 World Cup victories and 81 World Cup podiums, so he’s re-writing history almost every time he’s out on the hill.

At the end of August, Max Parrot won big air gold at the Winter X Games in Norway. It was his fifth career X Games victory in the big air event, but what made this one really special was that it was his first competition after his chemotherapy treatments to conquer Hodgkins lymphoma.

@maxparrot was diagnosed with Hodgkin Lymphoma in December 2018. His doctors designed an aggressive plan that included 12 chemotherapy treatments in just 6 months. His last chemo session was in late June. Now, barely two months later, he returned to competition at his favorite event: #XGames Big Air. And he’s walking away with gold. Welcome back, Max!

Of course, he’ll be challenged all season by a few other Canadians, including 17-time X Games medallist Mark McMorris and Olympic big air champion Sebastien Toutant. We’ll have to wait and see if any new tricks might get unveiled.

The biggest competition of the season will take place in La Belle Province in March. Tickets are on sale now if you want to watch in person. Canada will be represented by one man, two women, two pairs and three ice dance duos, with team members to be decided after January’s national championships. Among those skaters you’ll want to keep an eye on all season are Gabrielle Daleman, who is at last recovered from a concussion and other injuries suffered in an on-ice collision in April.

Piper Gilles and Paul Poirier are looking to establish themselves as Canada’s top dance team and world podium contenders. Keegan Messing and Nam Nguyen both want to be Canada’s leading man, but is there another challenger waiting in the wings? And speaking of challengers, reigning national champions Kirsten Moore-Towers and Michael Marinaro might have one in the new pair of Lubov Ilyushechkina and Charlie Bilodeau. Suffice to say, the season is going to be exciting and interesting.

What a weekend!! A gold medal🥇 shared with my partner in crime @pauldpoirier and @scoutmydoodle, could this be any better?! Thank you @skate_canada for putting on such a great event filled with some incredible athletes and a big thank you to all the fans that came out to cheer everyone on!! You guys are the true winners!!! 💕💕 Onward and upwards – – – 📸 @lynn.k_

Olympic champion Justin Kripps completed a rare double last season, becoming just the third Canadian bobsleigh pilot to drive his two-man and four-man sleds to the podium at the same world championships. But he’s not the only one looking to ride some momentum, with Christine de Bruin coming off winning world championship bronze in the women’s two-man.

Silver medal at 2man World Championships in Whistler! Amazing to be on the podium in front of the home crowd. Incredible ice conditions allowed @CamStones and I to break the track record and the speed record 153.09km/h on the way! #bobsleigh #teamcanada pic.twitter.com/wQYKGCOFAz

The skeleton team will be missing Elisabeth Maier, who is expecting her first child in December with her Austrian bobsledder husband Benjamin. But Mirela Rahneva and Jane Channell both have their eyes squarely on the prize of more international podiums. The luge team is turning to a familiar face to guide them moving forward, with four-time Olympian Sam Edney taking the reins as the program’s high performance manager.

With 2018 Olympic team members Charle Cournoyer, Samuel Girard, Kasandra Bradette, and Jamie Macdonald all skating off into retirement this summer, there’s a chance for some new faces to step up and shine. One might be Steven Dubois, who is heading into his second full World Cup season after winning every race at the Canadian championships in September. Also posting a perfect record that weekend was three-time Olympic medallist Kim Boutin, now playing the role of team veteran. Another veteran not to be forgotten is five-time Olympic medallist Charles Hamelin, who missed the Canadian Championships due to injury.

This season will mark the 100th anniversary of ski racing in Canada. Looking to build on her breakout from last year is Roni Remme, who won her first World Cup medal in February. Valérie Grenier is ready to make that first step onto a podium following a pair of top-five finishes. One bit of notable off-season alpine news is that John Kucera, the 2009 world champion in the downhill, will now be the head coach of the men’s World Cup speed team, which includes former medallists Ben Thomsen and Dustin Cook.

What a season. It’s been one hell of a ride! The constant travel from school to Europe, sacrificing nap time for homework, and the struggle to decide on what my priorities were that whole time. • There were highs and lows, but there always are. This season is one I will never forget. I don’t think many can say that they hit a World Cup podium and won the NCAA National Championships in the same year 😜 There are so many people that made this season possible and I’m so grateful 💙 • But now I’m ready for a break, and by break I mean returning to school to try and pass all the classes that I haven’t attended all semester 🤓 wish me luck!

The racing is different in ski cross, but the tradition of Canadian success is the same. Despite the notable retirement of Olympic champion Kelsey Serwa, the team remains strong with fellow Olympic medallists Marielle Thompson, Brittany Phelan, and Brady Leman ready to keep leading the march to the podium.

Canada’s most successful male cross-country skier ended his career on a high, standing on the podium at the World Cup Final in March in Quebec City. Also saying goodbye at that time was two-time Olympian Lenny Valjas. That opens the door for a new crew of young Nordic skiers to make their mark behind the leadership of Olympians Emily Nishikawa and Dahria Beatty.

We may still be two seasons away from the next Olympic Winter Games, but Canadian curling teams will have a couple of chances this season to book their spots in the trials known as the Roar of the Rings. One of those is the Canada Cup in late November, but there are also the national championships (Brier and Tournament of Hearts) in February.