How to dress up as your favourite Team Canada athlete

How to dress up as your favourite Team Canada athlete 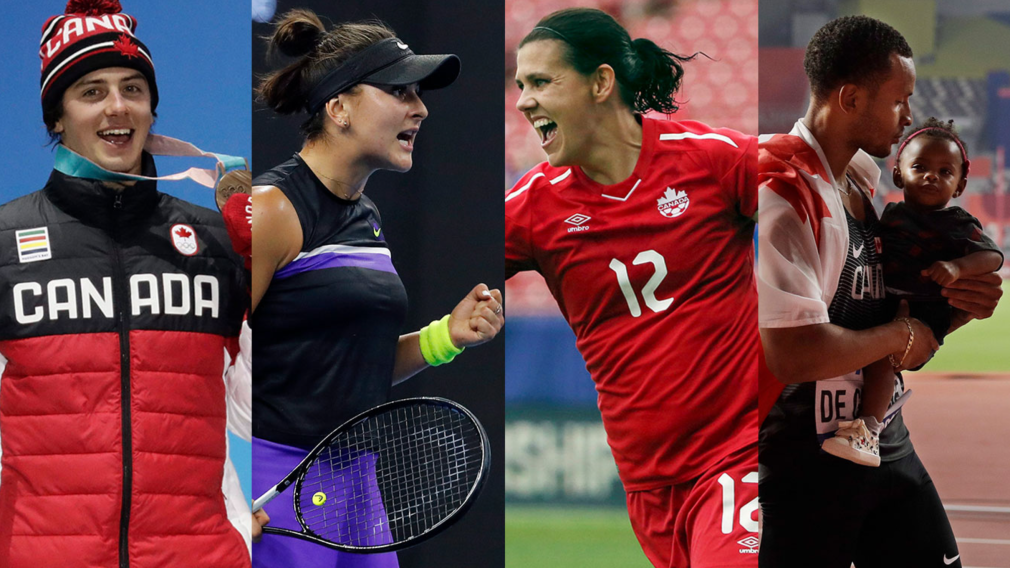 Don’t have a Halloween costume yet? Have no fear, Team Canada is here!

We’ve got a few costume ideas for all our fangtastic fans! Keep reading to find out how to cosplay like your favourite Team Canada athletes. 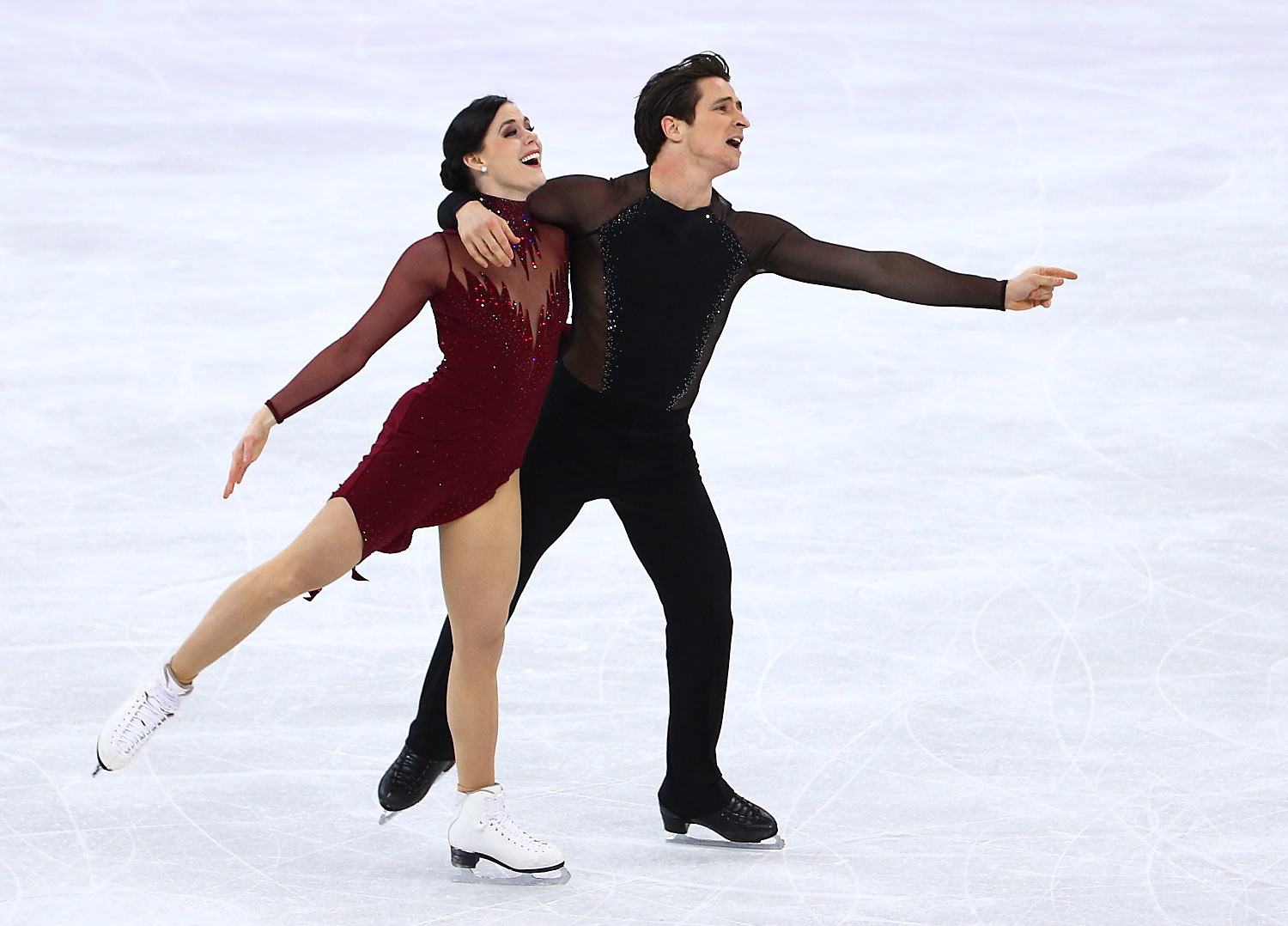 Tessa Virtue and Scott Moir of Canada win gold in the figure skating ice dance at the Gangneung Ice Arena during the PyeongChang 2018 Olympic Winter Games in PyeongChang, South Korea on February 20, 2018. Photo by THE CANADIAN PRESS/HO-COC/Vaughn Ridley

Grab your boo and dress up as Canada’s precious pair! To emulate their gold medal performance outfits you won’t need too much (mostly just the will power to stop crying when you remember that they’ve retired). To be Tessa, find yourself a burgundy dress (with a little sparkle) and tie your hair into a low bun. For Scott, all you’ll need is a black long sleeve shirt and black pants. Throw some skates over your shoulder for bonus points, and don’t forget the gold medals! 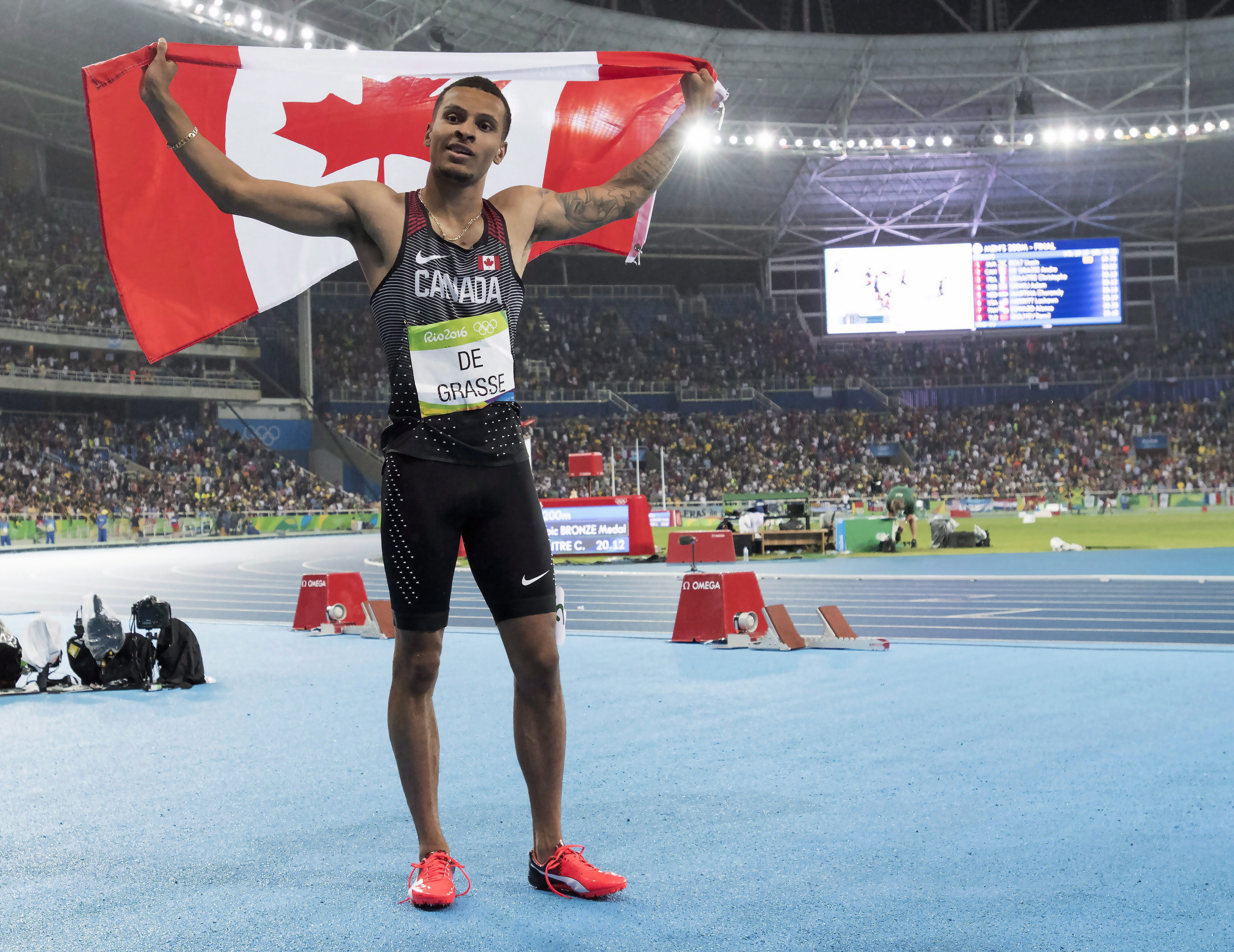 Sprint your way across your neighbourhood as Andre De Grasse. Grab a pair of running shorts and a Team Canada tank and pin a name badge to your chest, and you’re ready to race. De Grasse won Olympic medals by sprinting and you can win candy! 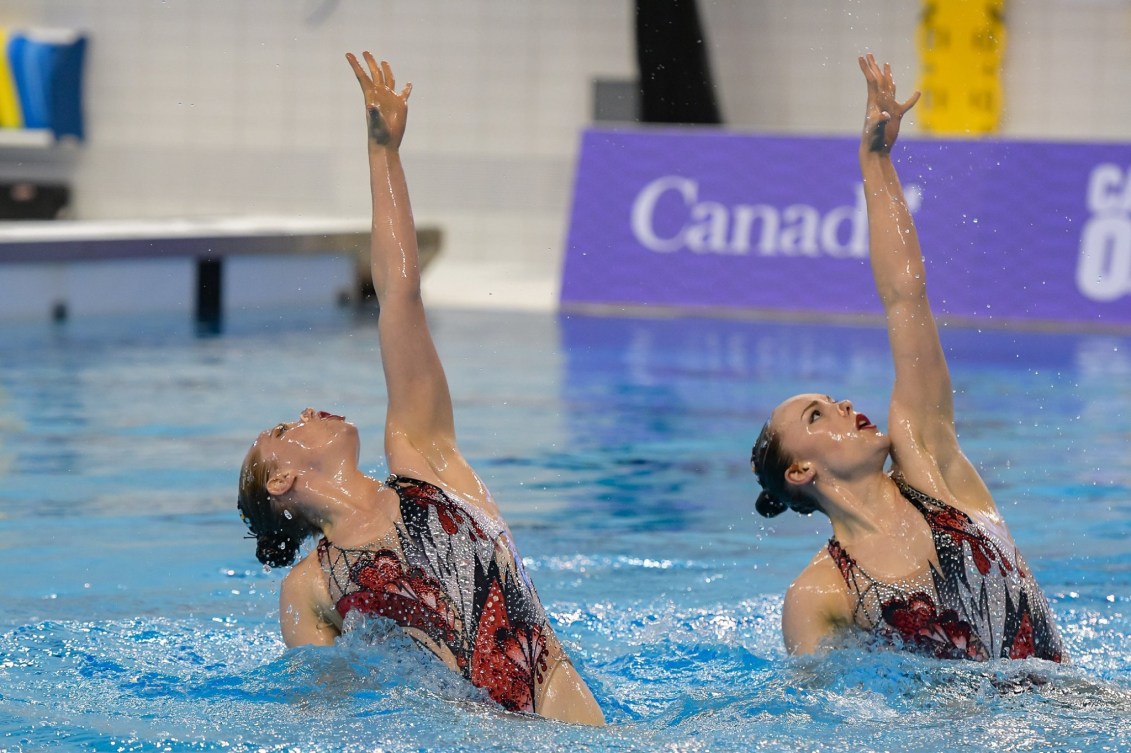 Do you have a best friend who matches you in almost every way? If you answered yes, this costume is for you! Grab your BFF and slay as Tokyo 2020-bound artistic swimmers Jacqueline Simoneau and Claudia Holzner. Canadian weather probably won’t permit you to wear only your swimsuits so grab your favourite Team Canada gear and do everything in sync the whole night! 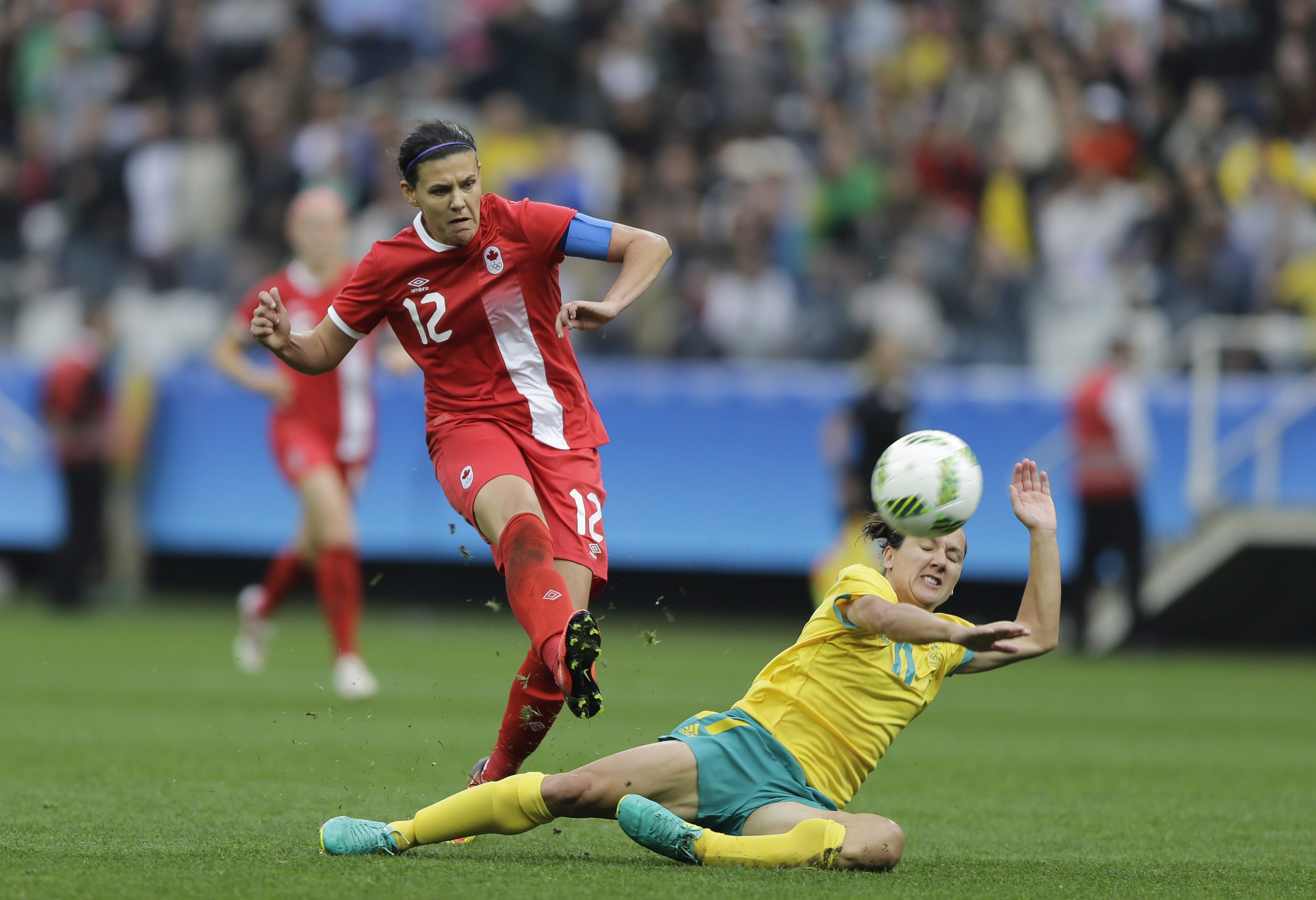 To dress up as this two-time Olympic medallist the most important thing you’ll need is a champion’s mindset. You’ll need Sincy’s famous #12 Team Canada kit, your hair tied up in a ponytail, a thin black headband, and of course, that captain’s armband. Master your goal-scoring abilities as Sinclair is the leading active international goal-scorer and has the second most international goals of all time! 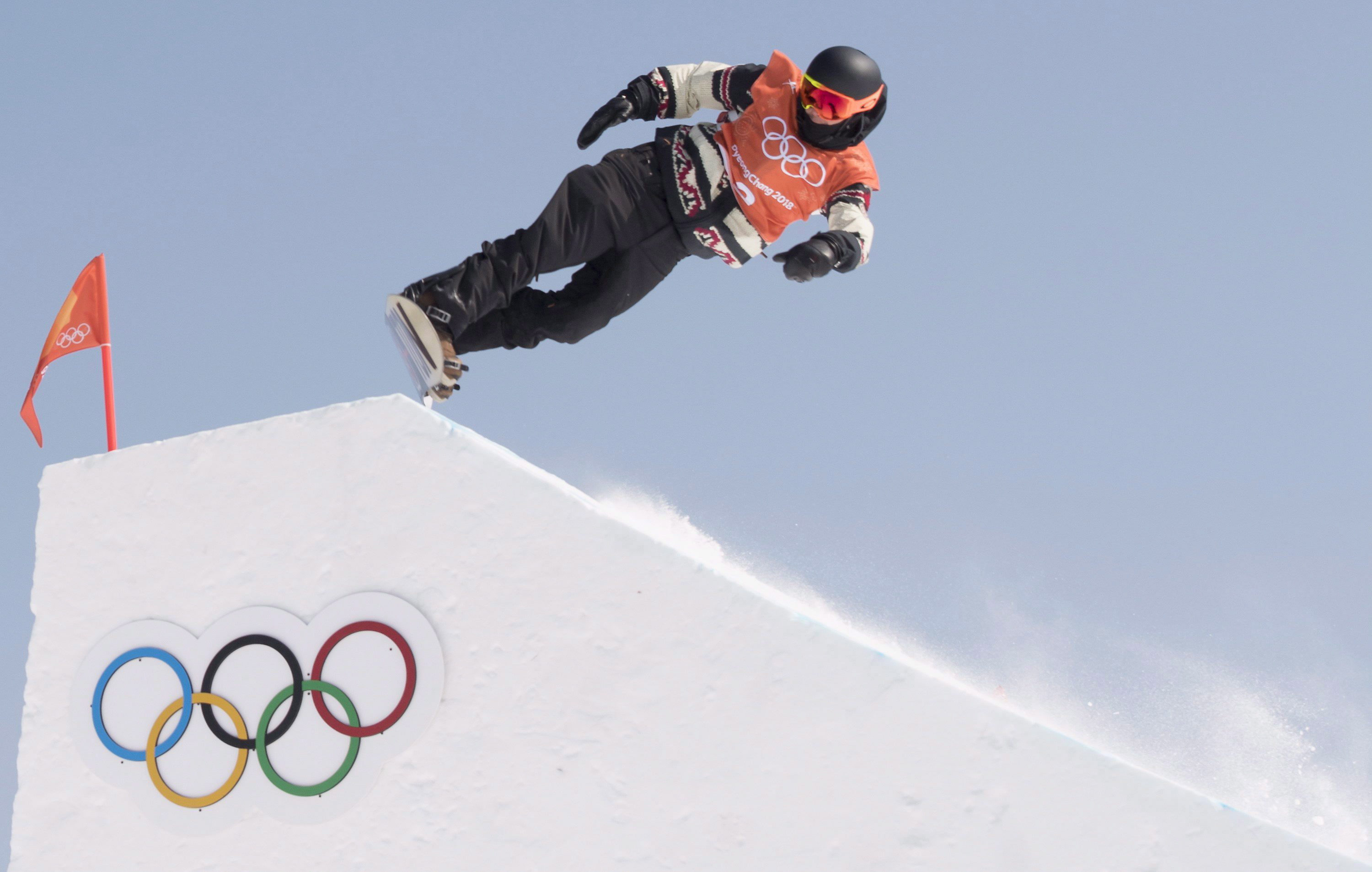 Canadian freestyle snowboarder Mark McMorris, of Regina, flies through the air during a training session at the Phoenix Snow Park prior to the start of the Pyeongchang 2018 Winter Olympic Games in South Korea, Thursday, Feb. 8, 2018. THE CANADIAN PRESS/Jonathan Hayward

Good news is that you definitely won’t feel cold in this costume! Dress up as two-time Olympic medallist snowboarder, Mark McMorris! You’ll need a black helmet, a pair of neon goggles, a warm Team Canada sweater, and some black snow pants. It might get too tiring carrying a snowboard around so try carrying a skate board instead! 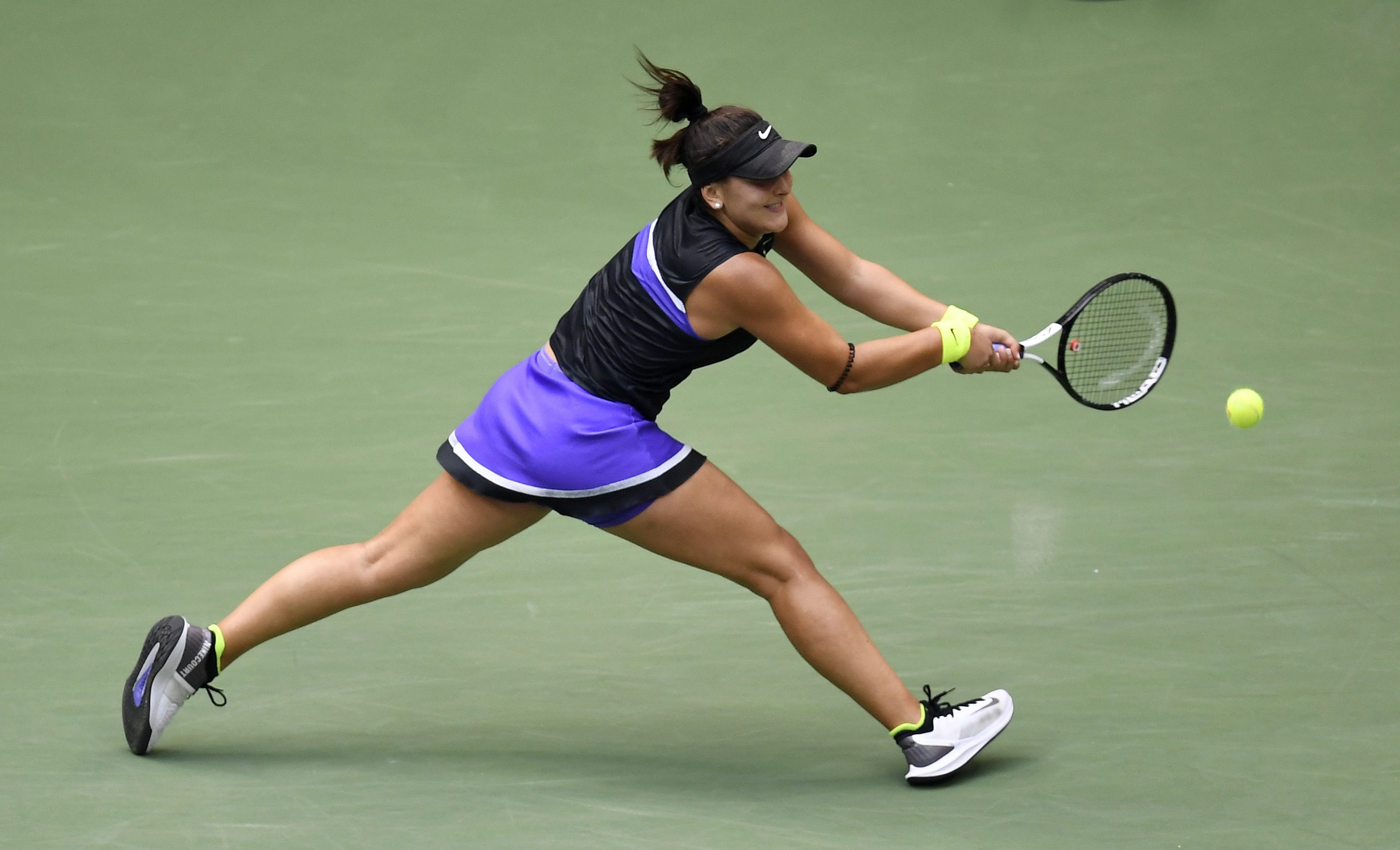 Bianca Andreescu, of Canada, returns a shot to Serena Williams, of the United States, during the women’s singles final of the U.S. Open tennis championships Saturday, Sept. 7, 2019, in New York. (AP Photo/Sarah Stier)

Tennis fans will love this costume! To get Bianca’s historical U.S. Open final look, here’s what you’ll need: white sneakers, a purple skirt, a black muscle tank, two yellow wristbands and your hair in a bun coming out of a black visor! Perfect the look by rocking her “signature black coil around the elbow” look! Grab your racquet and you’re all set! 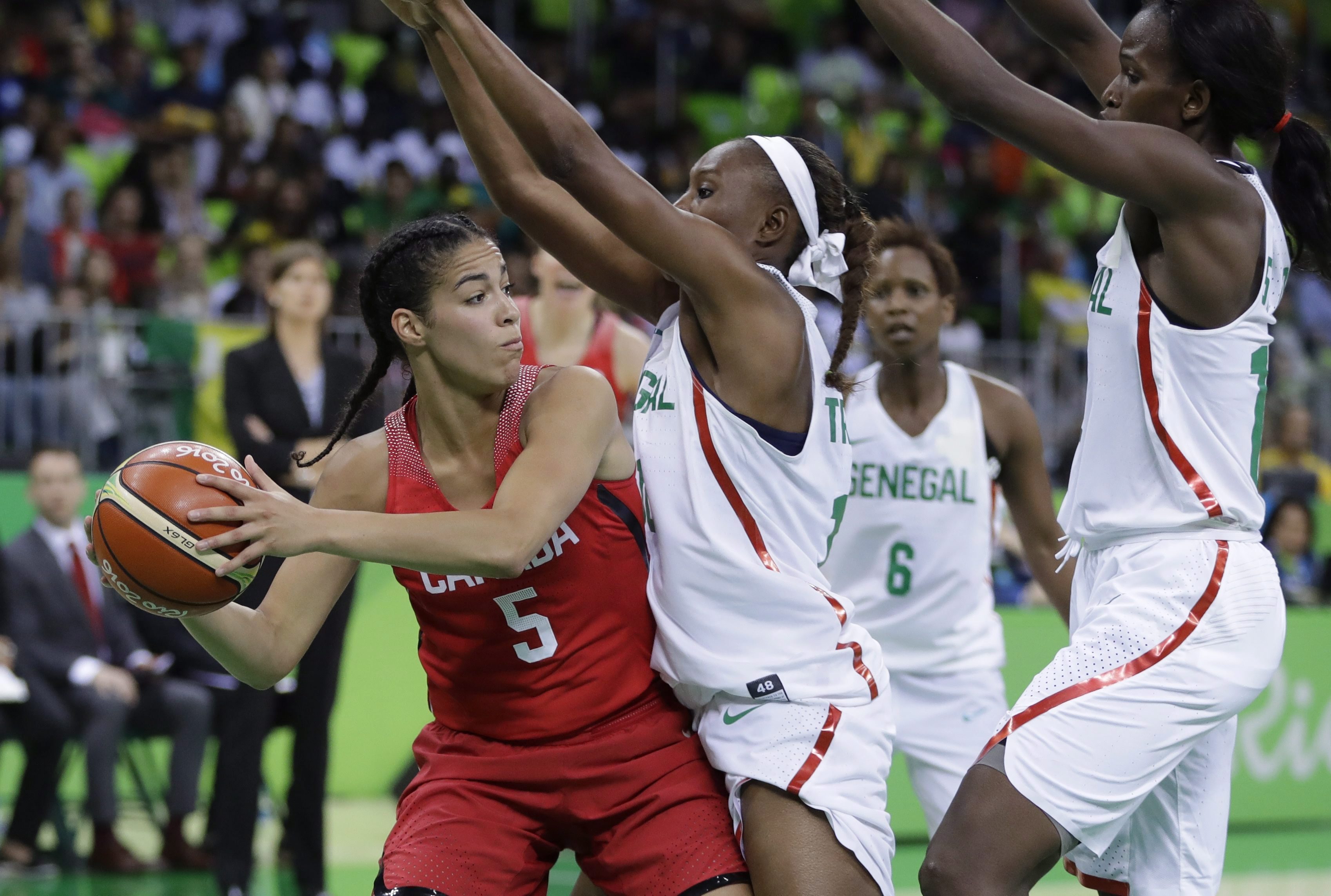 Canada guard Kia Nurse (5) looks to pass around the Senegal defence during the second half of a women’s basketball game at the Youth Center at the 2016 Summer Olympics in Rio de Janeiro, Brazil, Wednesday, Aug. 10, 2016. Canada defeated Senegal 68-58. (AP Photo/Carlos Osorio) 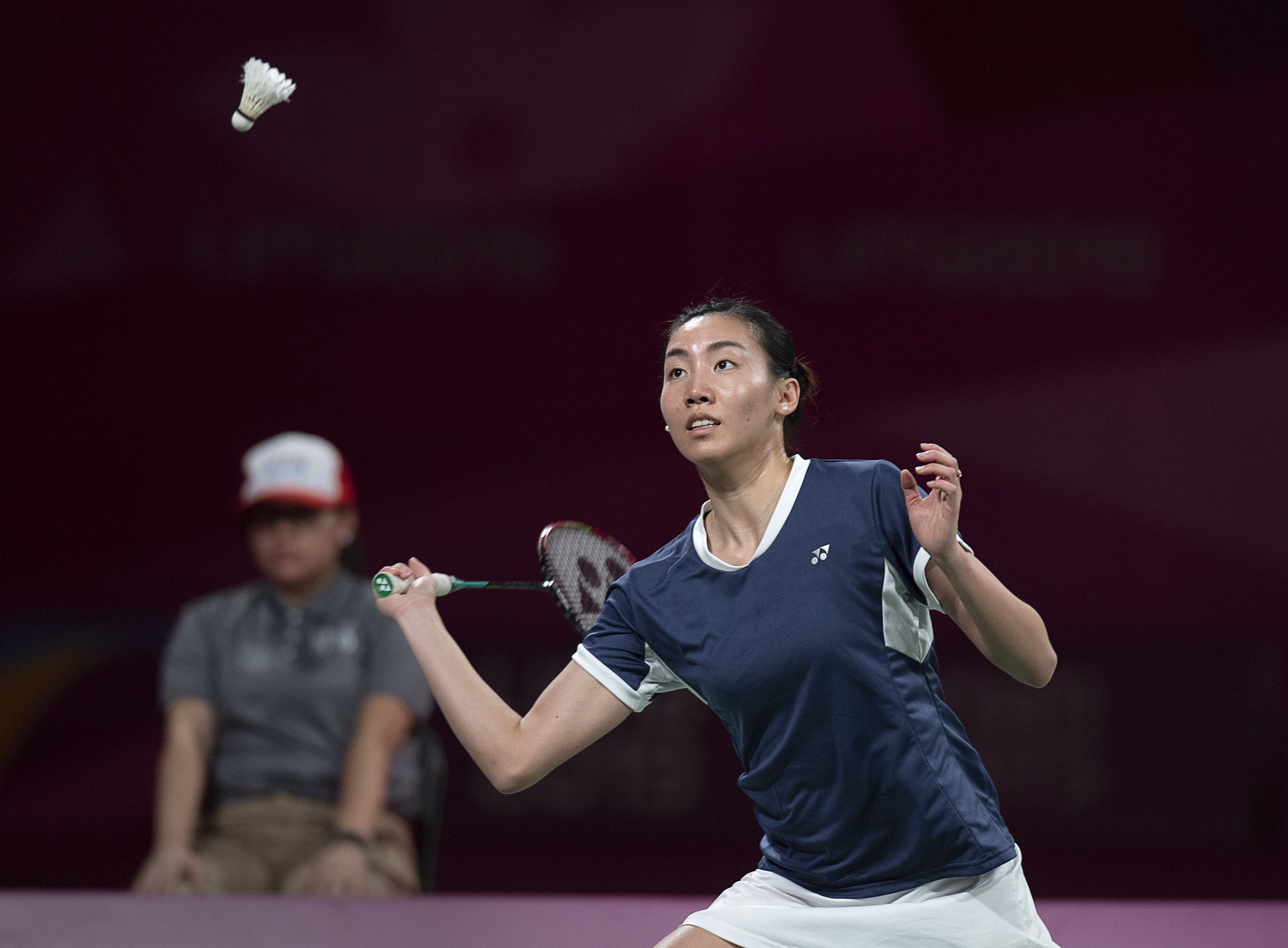 Smash the best dressed list at your Halloween party with this costume! Dress up as Michelle Li, one of Canada’s most successful badminton players ever. To master her latest look from the 2019 Pan Am Games in Lima, you’ll need a navy blue athletic top, a white skirt, white sneakers, and a badminton racquet. 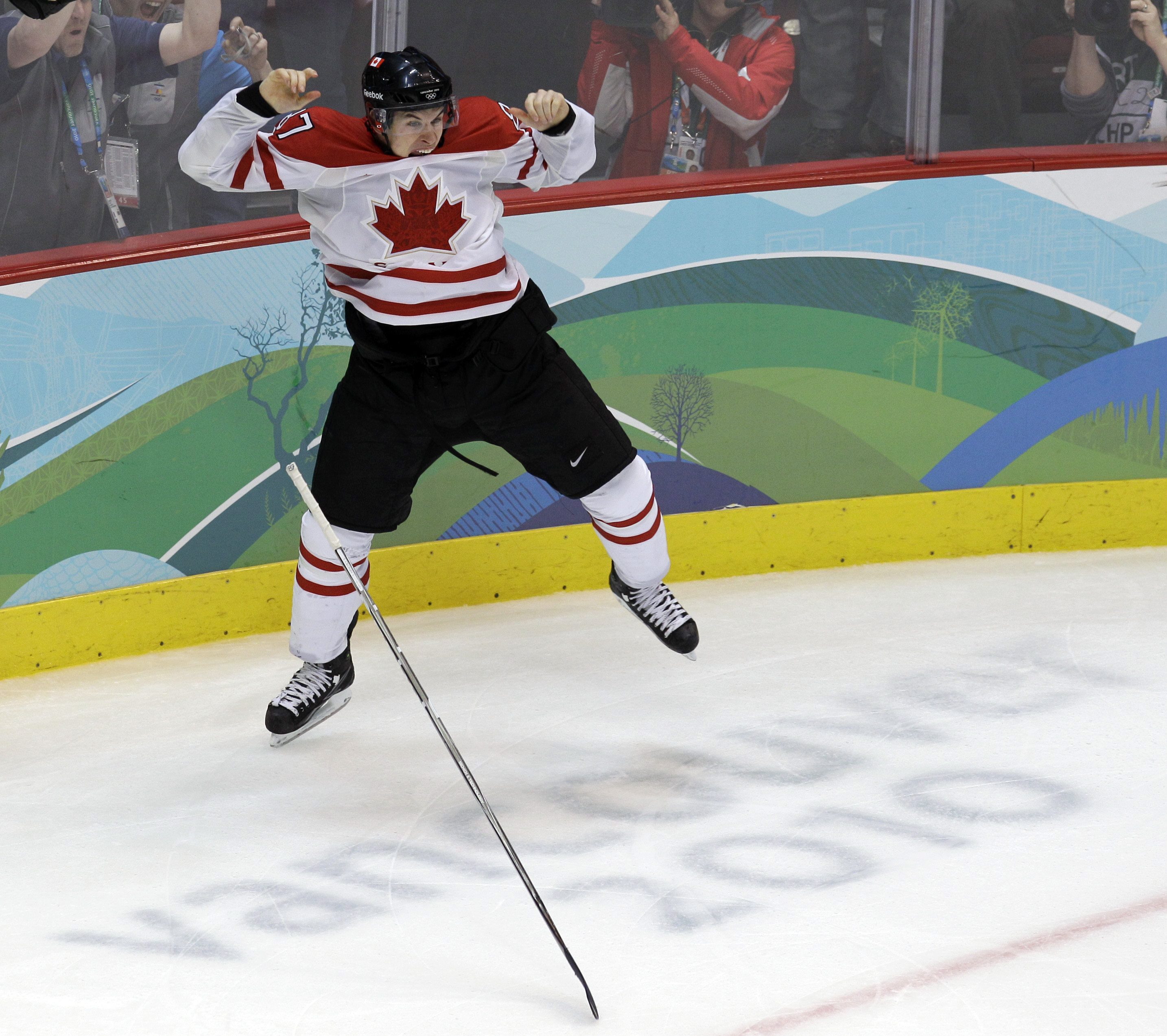 Canada’s Sidney Crosby (87) leaps in the air after making the game-winning goal in the overtime period of a men’s gold medal ice hockey game against USA at the Vancouver 2010 Olympics in Vancouver, British Columbia. Canada won 3-2. (AP Photo/Chris O’Meara, File)

Make your costume as unforgettable as Sidney Crosby‘s Vancouver 2010 golden goal! To get Crosby’s look from the dramatic final here’s what you’ll need: your favourite white and red Team Canada hockey jersey, a hockey stick, and a helmet. Top it off with a two gold medals! 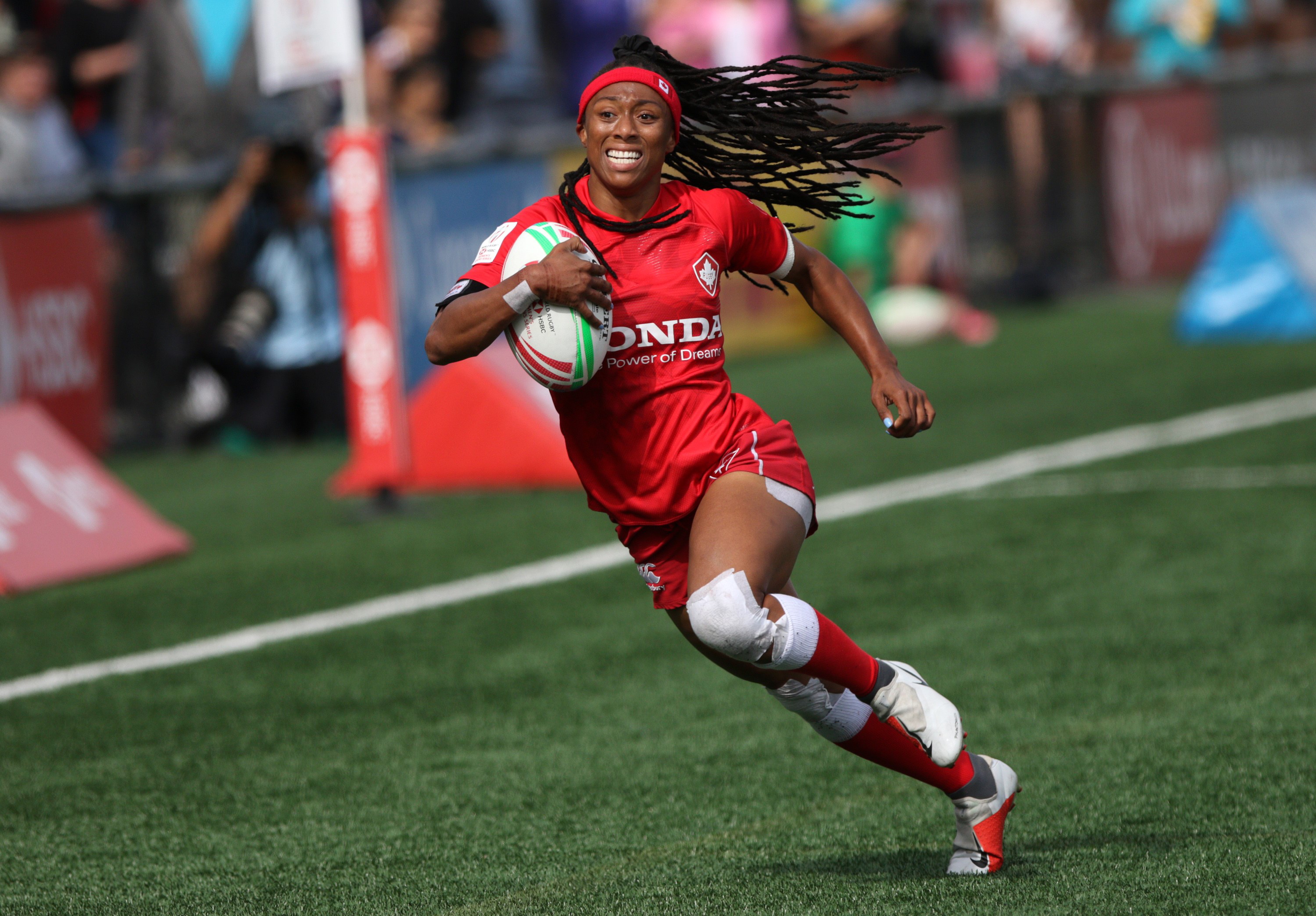 Canada’s Charity Williams runs in for a try during quarter-final action against the U.S. in the HSBC World Rugby Women’s Sevens Series at Westhills Stadium in Langford, B.C., on Sunday, May 12, 2019. The U.S. won 12-7. THE CANADIAN PRESS/Chad Hipolito

We rate this look either a 7 or a 15. You won’t need too much to rock this Olympic bronze medallist’s look. Grab your red Team Canada rugby jersey, red shorts, red socks, a thick red headband and you’re done. Don’t forget your rugby ball!