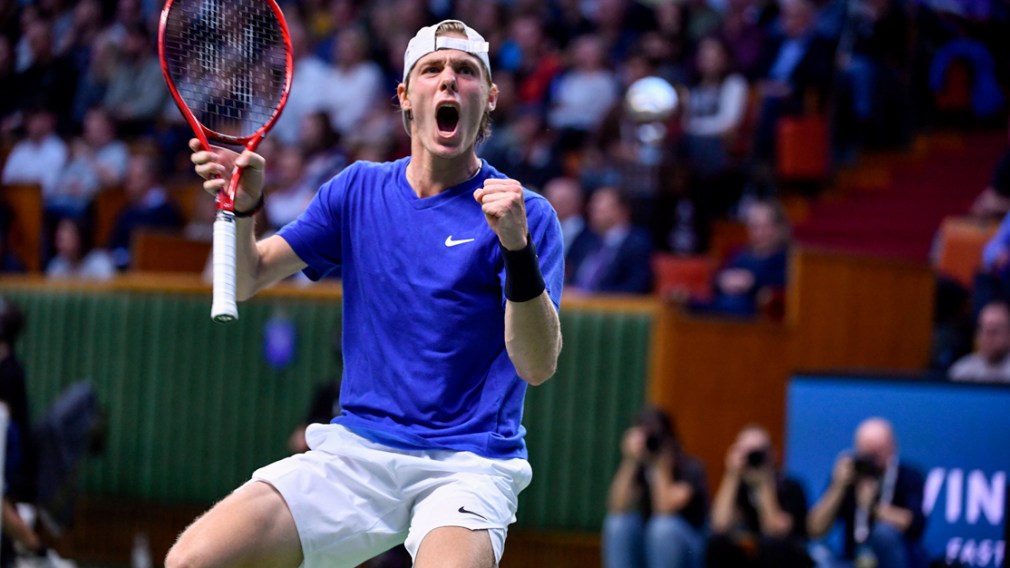 The rise of Canadian tennis is shown to the world once again.

From tennis to speed skating, check out the titles, medals, and new records claimed by Team Canada this weekend:

We did it ❤️ Thanks for always believing in me 🏆

Richmond Hill’s Denis Shapovalov won his first-ever ATP title on Sunday at the Stockholm Open after beating Serbia’s Filip Krajinovic in straight sets, 6-4, 6-4, in his first ATP final appearance. Coming into the tournament, the 20-year-old Shapovalov was ranked No. 34 in the ATP rankings, but he jumped up seven spots to break into the top 30 list with a new ranking of No. 27.

Vasek Pospisil also came out victorious by winning the Las Vegas Challenger on Sunday. The former world No. 25 beat Australia’s James Duckworth 7-5, 6-7 (11), 6-3 in a two hour and 26-minute thriller in Vegas. This is Pospisil’s first tournament win since he underwent back surgery in January to repair a herniated disk, which would result in him missing five months of tennis. Pospisil will move up to No. 168 after this win. 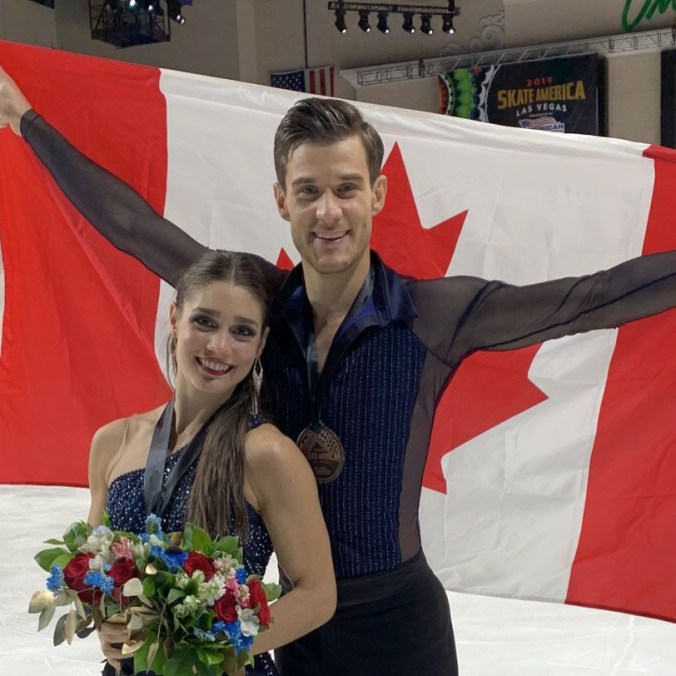 Laurence Fournier Beaudry (front) poses with Nikolaj Sørensen, who is holding the Canadian flag up behind him. 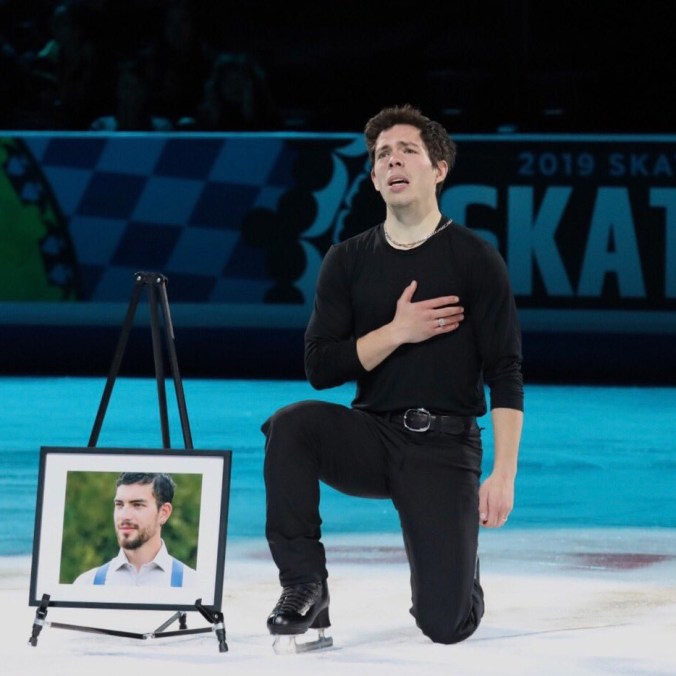 Keegan Messing kneels beside a picture of his late brother after his performance. Photo credit: Twitter/@Olympicchannel

Laurence Fournier Beaudry and Nikolaj Sørenson skated their way to bronze at the Skate America competition in Las Vegas. The ice dancing duo secured third place with a total score of 197.53 points, finishing behind American gold medallists Madison Hubbell and Zachary Donohue and Russian runners-up Alexandra Stepanova and Ivan Bukin. This was the first stop of the ISU Grand Prix Figure Skating series, which heads to Kelowna, British Columbia on Friday and Saturday for Skate Canada International.

RELATED: Songs to include on your Team Canada figure skating playlist

Also at Skate America, Keegan Messing performed an incredibly heartfelt tribute during the gala on Sunday. His younger brother, Paxon, passed away in a motorcycle accident in September. “Going out there and skating, it was kind of like a last goodbye.” Messing ended his emotional, teary-eyed, performance by kneeling down beside a picture of his late brother. Messing finished the competition in fourth place with a score of 239.34 points. 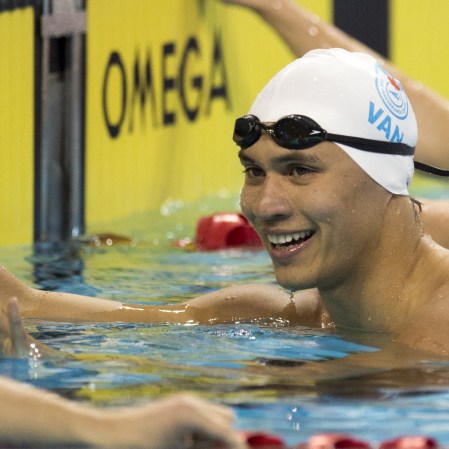 Markus Thormeyer smiles and waves after winning the Men’s 200 Free at the 2019 Canadian Swimming Trials in Toronto on Saturday April 6, 2019. THE CANADIAN PRESS/Frank Gunn 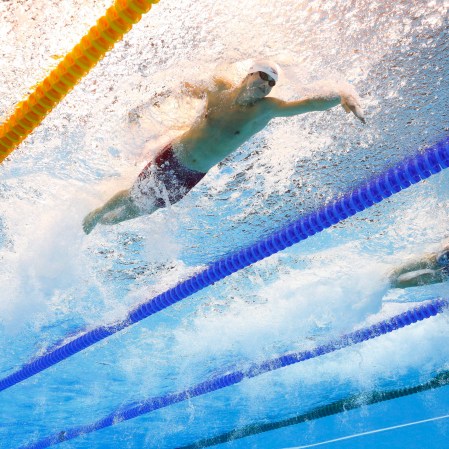 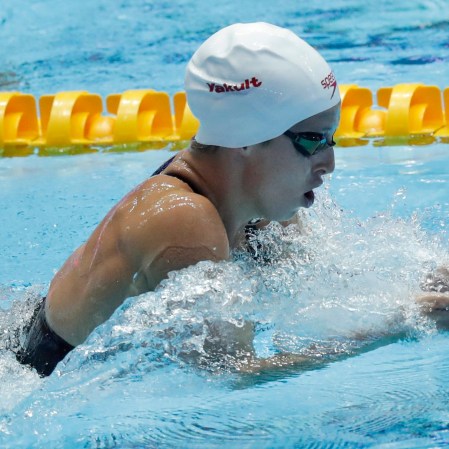 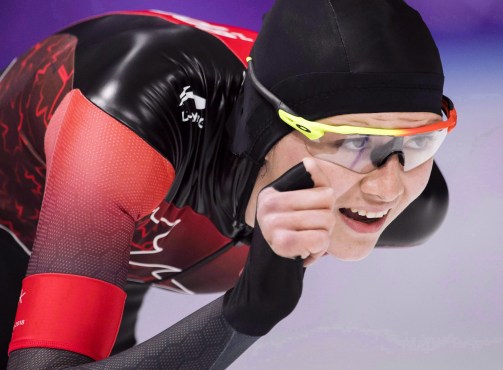 Isabelle Weidemann made history while also winning gold at the Canadian Long Track Speed Skating Championships in Calgary. Weidemann won the women’s 5000m in a time of 6:47.34, breaking a 13-year record held by Cindy Klassen (6:48.97) since 2006. Ivanie Blondin ended the four-day competition with five medals, including gold medals in the 1500m, 3000m and mass start events. Kaylin Irvine won both women’s sprint events, the 500m and 1000m, The results of the Canadian championships will be used to select the World Cup team for this season.

Team Canada won gold at the World Mixed Curling Championship in Aberdeen, Scotland, on Saturday, becoming the first country to win back-to-back gold medals! Canada beat Norway 6-5 in their semi-final, and Germany 6-5 in the final to go 8-0 throughout the tournament. Canada’s vice-skip, 17-year-old Meghan Walter, also claimed a record by becoming the youngest player to win a world mixed gold medal. With this win, Canada will maintain their first-place spot in the world mixed curling rankings.