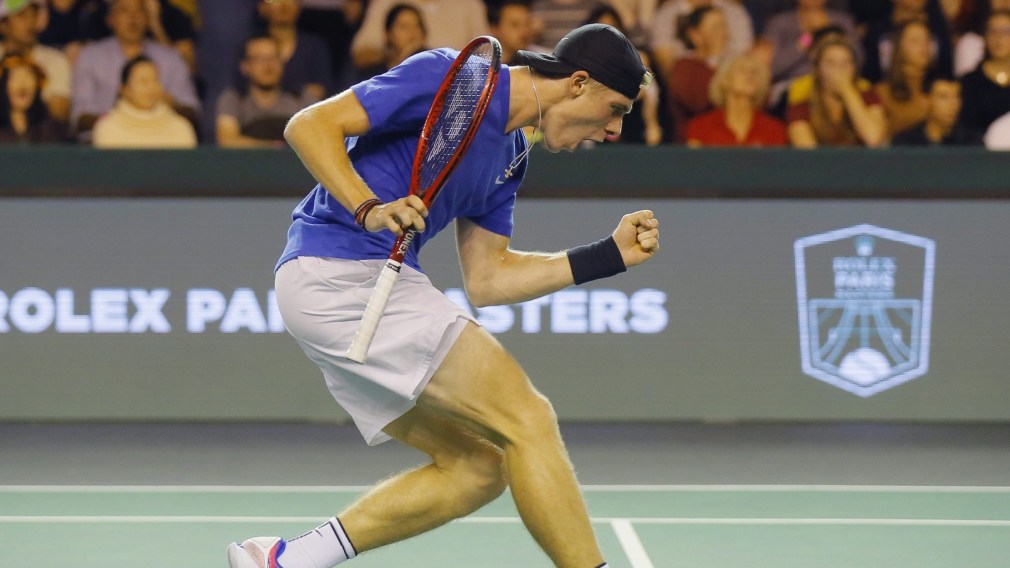 Denis Shapovalov earned a spot in the quarter-finals of the Paris Masters with a 6-2, 5-7, 6-2 victory over world No. 6 Alexander Zverev on Thursday night.

Following his comeback win (3-6, 6-3, 6-3) over Italian Fabio Fognini on Wednesday, Shapovalov provided another upset in Thursday’s match, defeating Germany’s top-ranked player. After the Canadian came out strong with a convincing first set victory, Zverev fought back to claim the second set. The third and final set was no contest, however, as 20-year-old Shapovalov overpowered his opponent.

🇨🇦 How good was that, @denis_shapo fans?! 🇨🇦

The young Canadian found his confidence against world No. 11 Fognini, collecting his first win over a top-15 opponent since March.

The victory over Zverev marked Shapovalov’s third career win over a top-10 opponent, and his first win over the German in four matches. In fact, Zverev had not dropped a set to Shapovalov before Thursday’s meeting.

He will face either Gael Monfis or Radu Albot on Friday in his fourth ATP Masters 1000 quarter-finals appearance.

Shapovalov will also compete in doubles action on Thursday night as he and Rohan Bopanna will face off against Fernando Verdasco and Benoit Paire.