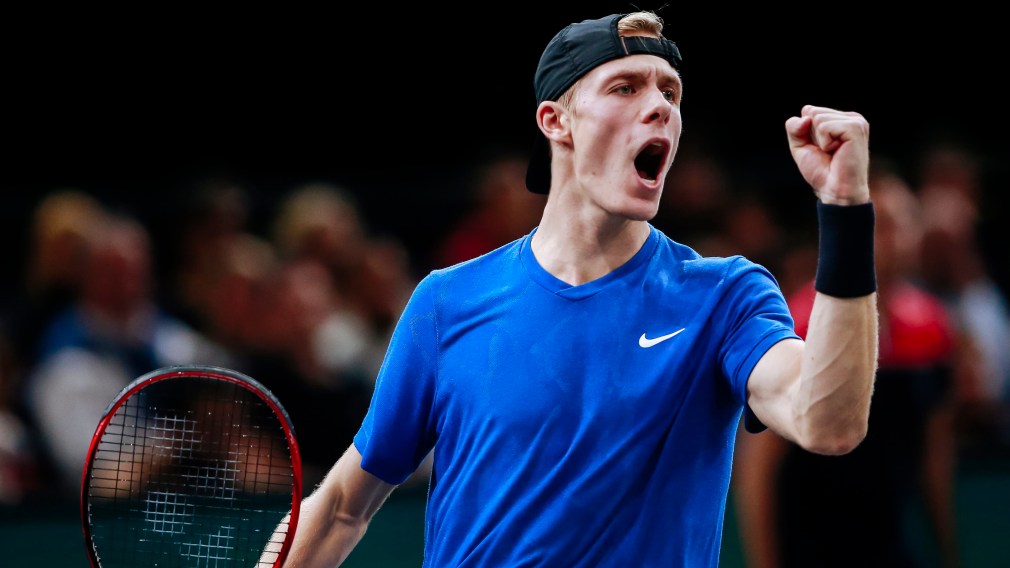 On Friday Denis Shapovalov advanced to the semifinals at the Paris Masters after defeating Gaël Monfils in two straight sets of 6-2, 6-2.

This is the third straight upset for Shapovalov at this tournament. He beat Fabio Fognini on Wednesday and Alexander Zverev yesterday. Monfils and Shapovalov went head-to-head for the first time earlier this year at the US Open, with Monfils coming out on top.

Today’s win guarantees that Shapovalov will finish the season with a top 20 ranking. He will face either Rafael Nadal or Jo-Wilfried Tsonga in the semifinal.

He will also play in the doubles quarterfinals later today with his partner Rohan Bopanna. The duo will face Russian pair Andrey Rublev and Karen Khachanov.