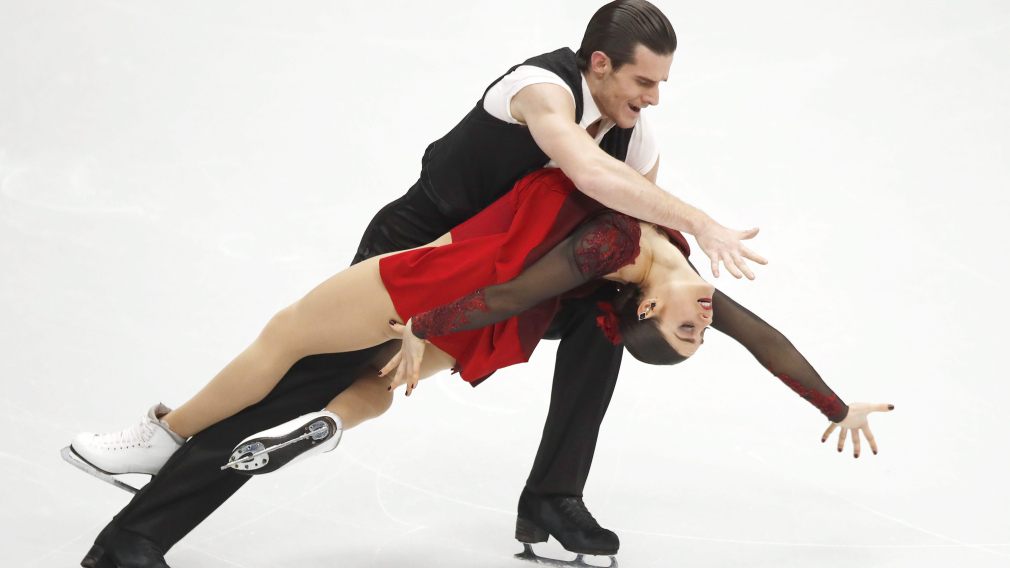 The ISU Grand Prix made a stop in China this weekend, where two Canadian figure skating duos won bronze medals.

Montreal’s Nikolaj Sorensen and Laurence Fournier-Beaudry’s collected a total 190.74 points to capture a bronze for their free dance program. Russia’s Victoria Sinitsina and Nikita Katsalapov won the event with a final score of 209.90, while Americans Madison Chock and Evan Bates completed the podium with 208.55 points.

This is the second bronze of the Grand Prix circuit for Sorensen and Fournier-Beaudry, who posted a top-three finish at Skate America in Las Vegas just a few weeks ago. The pairing also reached the podium in two preseason competitions together this season.

“It’s really a testimony to our training that we were able to get into third place and we are really happy about that,” Sorensen said following the event.

In pairs, Canada’s newest figure skating pair Lubov Ilyushechkina and Charlie Bilodeau claimed their first medal of the Grand Prix circuit with a score of 190.73 for bronze – an improvement on their fifth place finish at Skate Canada International two weeks ago. Joining them on the podium were China’s Wenjing Sui and Cong Han in first (228.37) and Cheng Peng and Yang Jin in second (199.97).

“We put together some nice performances here all things considered,” said 26-year-old Bilodeau. “It was our first competition in Asia and our third event in a month and a half. So it’s been a pretty intense period.”

Despite only forming a partnership just a few months ago, Ilyushechkina and Bilodeau have been off to an impressive start, picking up a bronze at the Finlandia Trophy back in October.

Follow Team Canada on the Grand Prix circuit next weekend as the ISU makes its fifth stop in Moscow, Russia.