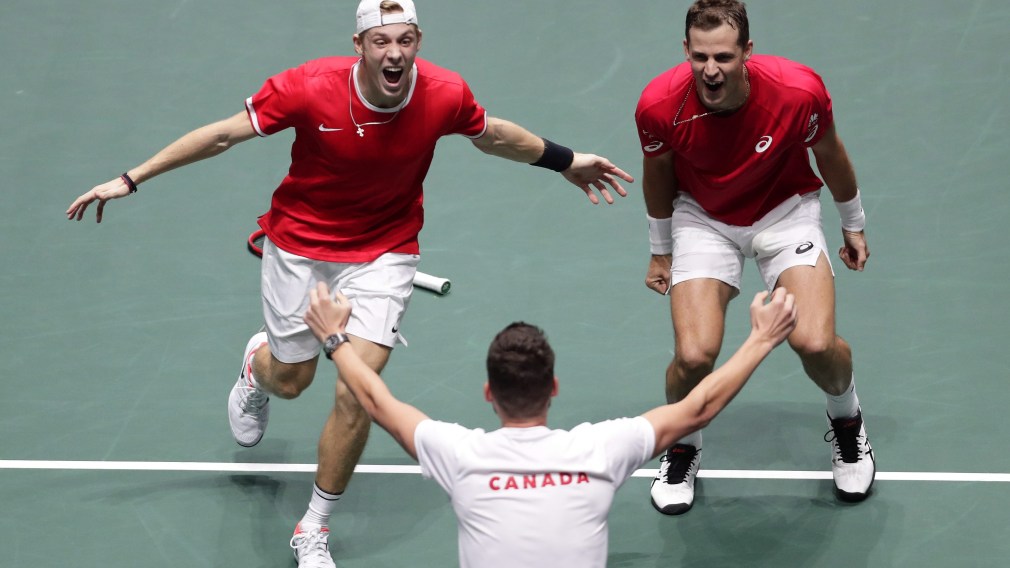 Vasek Pospisil and Denis Shapovalov led Canada to their second-ever semifinals appearance at the Davis Cup with a tie-deciding doubles win, defeating Australia 2-1.

Pospisil put Canada up 1-0 in the best-of-three tie with his third straight upset win of the tournament. The 29-year-old demonstrated his resilience once again in his 7-6 (7), 6-4 victory over Australia’s No. 48 John Millman. He is now 4-0 in tiebreaks this week and has yet to drop a set in singles play.

First match to Canada! 🇨🇦@VasekPospisil outlasts Millman 7-6(7) 6-4 to give Canada the lead.

In the second singles affair of the tie, No. 15 Shapovalov met his match in 18th-ranked Alex de Minaur. Shapovalov was not at his best, recording eight double faults as Australian edged out a 3-6, 6-3, 7-5 win.

The quarterfinal tie came down to a doubles match between the Canadians and Australia’s John Peers and Jordan Thompson. Pospisil and Shapovalov played their first-ever doubles match together on Monday, falling 6-2, 3-6, 6-3 to Italy’s team of Simone Bolelli and Lorenzo Sonego, but that lack of familiarity didn’t hold them back on Thursday. The Canadians persevered to win the doubles match in two straight sets of 6-4, 6-4, sending Canada to the semifinals.

The victory advances Canada to the Davis Cup semifinals for the first time since 2013. The semifinal berth automatically qualifies Canada for next year’s Davis Cup Finals.

They will face Russia, who triumphed over Serbia, on Saturday.