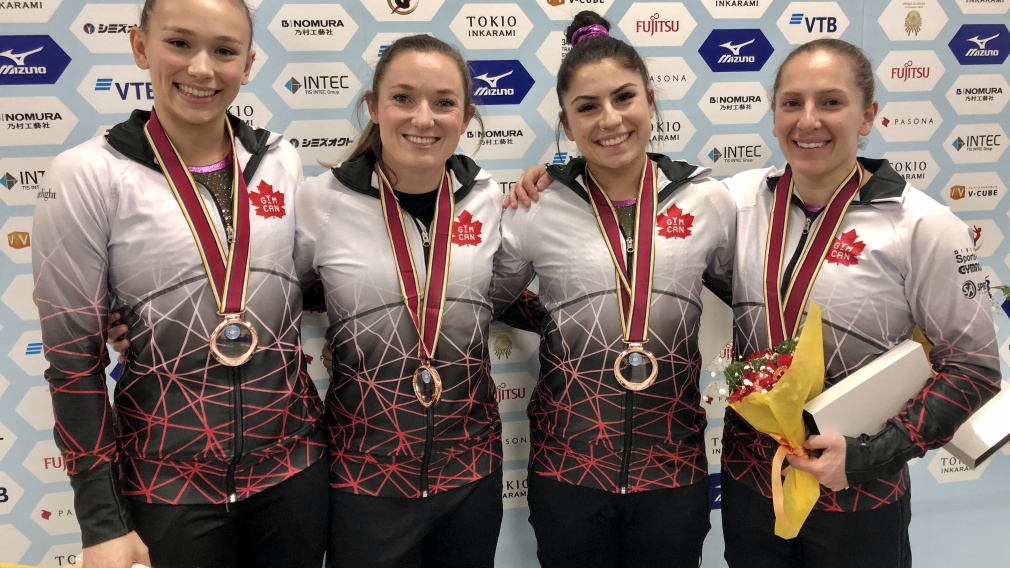 Team Canada captured their first medal of the FIG World Championships in Tokyo, Japan this morning. The Canadian women’s trampoline team stood on the third step of the podium after earning themselves a bronze in the competition.

The team, made up of Rosie MacLennan, Samantha Smith, Sarah Milette and Sophiane Méthot, moved from their fifth place position to third to claim bronze after putting up 133.745 points. They were joined by Great Britain in second (162.820) and host Japan, who won the event with a score of 165.225.

“We have an amazing team, and it’s been such an honour and a privilege to compete next to them,” said MacLennan, who sat out from the finals on Friday in preparation for the individual semi-final on Sunday.

“It’s been really impressive to see how much they’ve improved over the last few years, and I think all of us go out, and have fun in training and just support each other. It might be an individual sport most of the time, but we definitely approach it like a team.”

The competition will continue through the weekend, where Canada will compete in the individual and synchronized trampoline events.