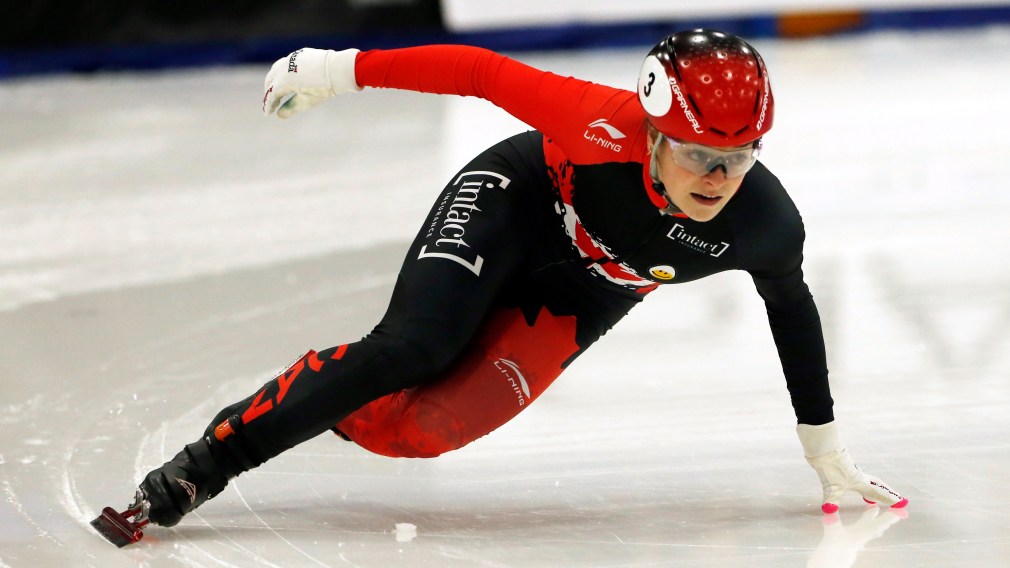 Kim Boutin is on the podium again this weekend with silver at the ISU Short Track speed skating World Cup in Nagoya, Japan.

Boutin won a silver medal with a time of two minutes, 30.663 seconds, in the first of two 1500m events this weekend.

Ji Yoo Kim of Korea won gold with a time of two minutes, 30.432 seconds and Arianna Fontana of Italy rounded out the podium with bronze and a time of 2:30.860.

“My final race had a lot of action and I was caught up a bit in the games of other skaters,” Boutin said. “Any time you open the door for the Koreans, they will take it. So I certainly learned a lot from the race and am eager to take on the challenge of the 1500m again soon.”

Boutin came out flying during the first two weekends of racing in North America, winning gold in the 1500m and 500m in Salt Lake City. On home ice in Montreal, Boutin topped the podium twice more in the 1000m and 500m, setting a world record time in the 500m.

Also in competition this weekend, fellow Canadian Danaé Blais finished fifth in the 1500m final with a time of 2:32.105. In the men’s 1000m event, Team Canada’s Steven Dubois finished just off the podium with fourth place.

Competition at the Nagoya World Cup continues early Sunday. This is the third spot of the short track World Cup circuit. Competition resumes at the fourth stop on December 12th in Shanghai, China.