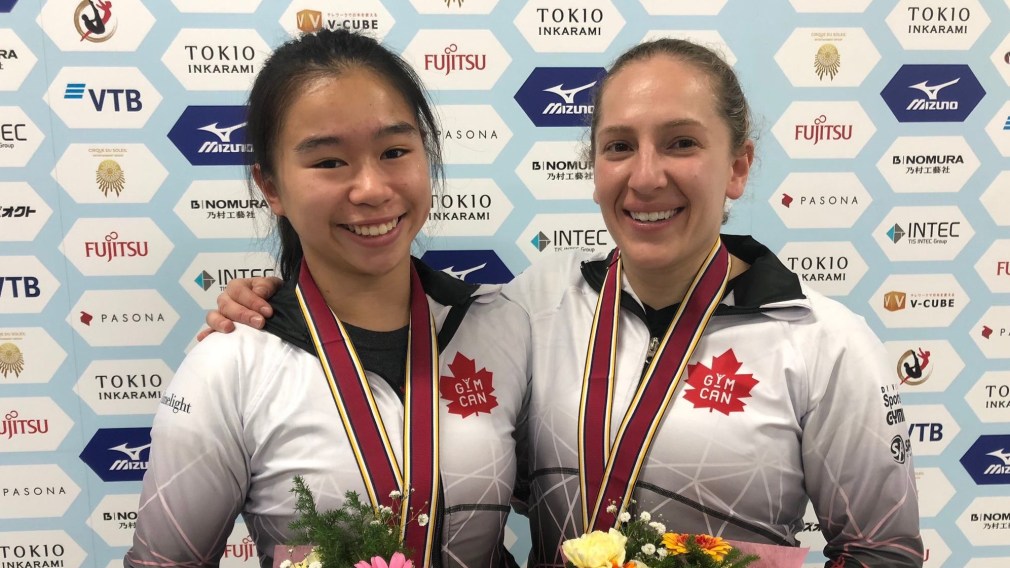 Team Canada secured a qualifying spot for Tokyo 2020 at the FIG Trampoline Gymnastics World Championships in Tokyo on Saturday.

In the semi-finals of women’s individual trampoline, Rosie MacLennan and Samatha Smith finished fourth and eighth respectively to advance to the finals and qualify Team Canada one spot for the Tokyo 2020 Olympic Games.

In the women’s synchronized trampoline, Smith along with Rachel Tam captured a bronze medal after putting up 48.420 points for Canada. Japan took the gold medal with 45.590 points and Russa finished second with 48.570 points.

This is team Canada’s second bronze medal of the weekend. The first came on Friday in the women’s trampoline team event.

The top eight athletes secured their country one spot for Tokyo in individual trampoline. There is potential for Canada to secure a second spot through points gained during the World Cup series, which wraps up next spring.