Short Track: Boutin remains undefeated in the 500m this season

Short Track: Boutin remains undefeated in the 500m this season 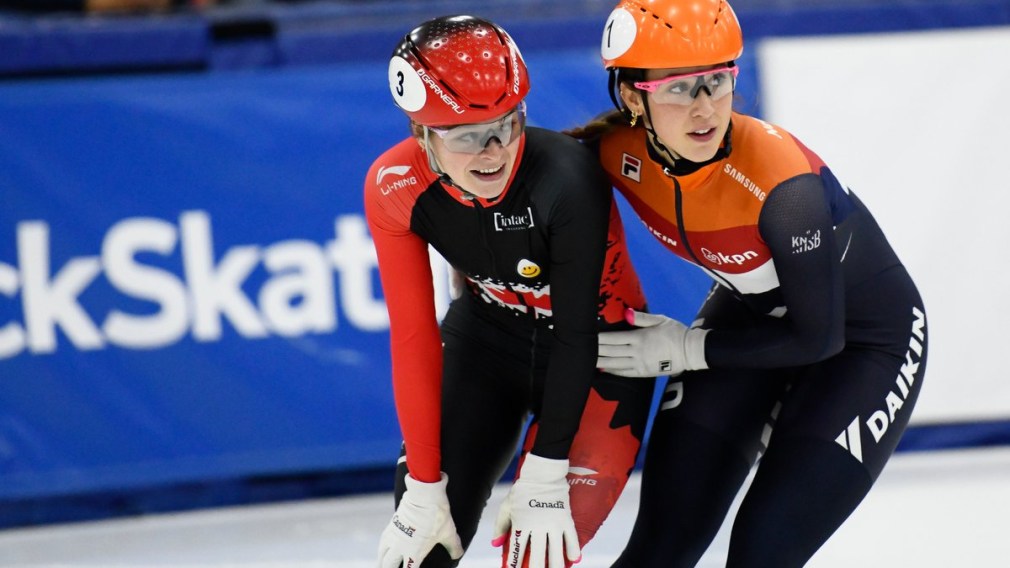 Kim Boutin continues her gold medal streak in the 500m after winning her fourth gold medal of the season in this event at the Shanghai World Cup on Saturday.

Courtney Sarault also landed on the podium, winning bronze in the 1500m.

Another 🥇day for Kim Boutin 🇨🇦 in the 500m (1) at the World Cup in Shanghai, leading the way ahead of Suzanne Schulting 🇳🇱 🥈 and Martina Valcepina 🇮🇹 🥉#ShortTrackSkating pic.twitter.com/TyoWG3hDYl

Boutin took the gold, posting a time of 42.845 seconds in a very close finish. Suzanne Schulting of the Netherlands (42.877) skated to silver and Martina Valcepina of Italy (42.971) rounded out the podium with bronze.

Courtney Sarault (@court_sarault) holds on to win 🥉 in the 1500m from the World Cup in Shanghai. pic.twitter.com/3OCL6llof7

Also in competition today, Steven Dubois and Pascal Dion finished just off the podium in the men’s 1500m, with fourth and fifth place.

The World Cup in Shanghai wraps up on Sunday. The short track World Cup circuit resumes in the new year on February 7 in Dresden, Germany.