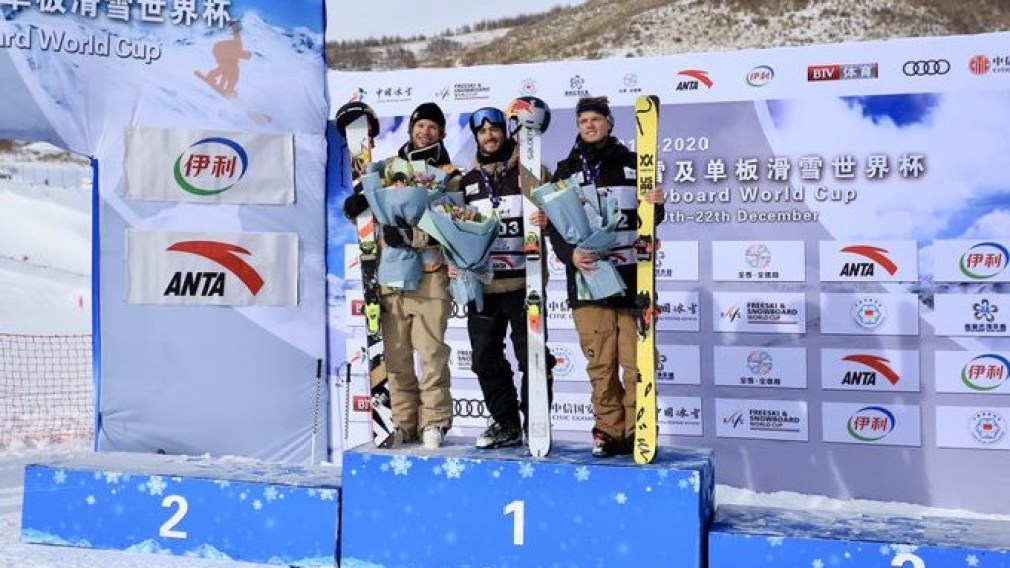 It doesn’t get much cleaner than Noah Bowman’s second run at today’s halfpipe World Cup Secret Garden, which earned a score of 91.50 for the second victory of his career! pic.twitter.com/TAaUWTBmPR

Bowman put down a smooth and stylish run to be the cleanest skier of the day, walking away with his second career World Cup victory. His second and best run of the day earned him 91.50 points to defeat the Americans Aaron Blunck (90.75) and Lyman Currier (89.75), who finished with silver and bronze respectively.

Bowman jumps into a tie for the men’s halfpipe World Cup lead along with Blunck. Both riders have a win, a runner up and a third place result in the three competitions so far this season. 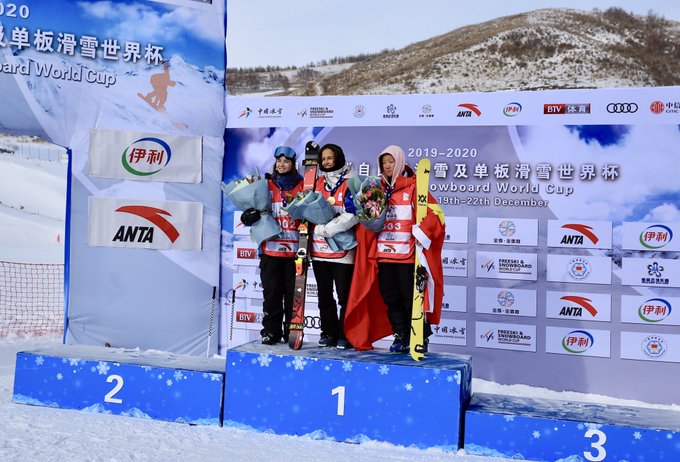 Rachael Karker stands on the podium after achieving a silver medal in the women’s freeski halfpipe on Saturday December 21st, 2019. Photo by FIS Freestyle Twitter.

In the women’s freeski halfpipe, Rachael Karker won a silver medal with 88.75 points in her first run of the day. Finishing ahead of the 22 year old Canadian was Russia’s Valeriya Demidova with 92.50 points. Fanghui Li of China finished in third place with 83.25 points.

Earlier this season, Karker won bronze at the Wold Cup at Copper Mountain Resort in the USA. She has landed on the podium twice so far this season.

The next FIS Freeski Halfpipe World Cup is at Mammoth Mountain from January 30 – February 1, 2020.