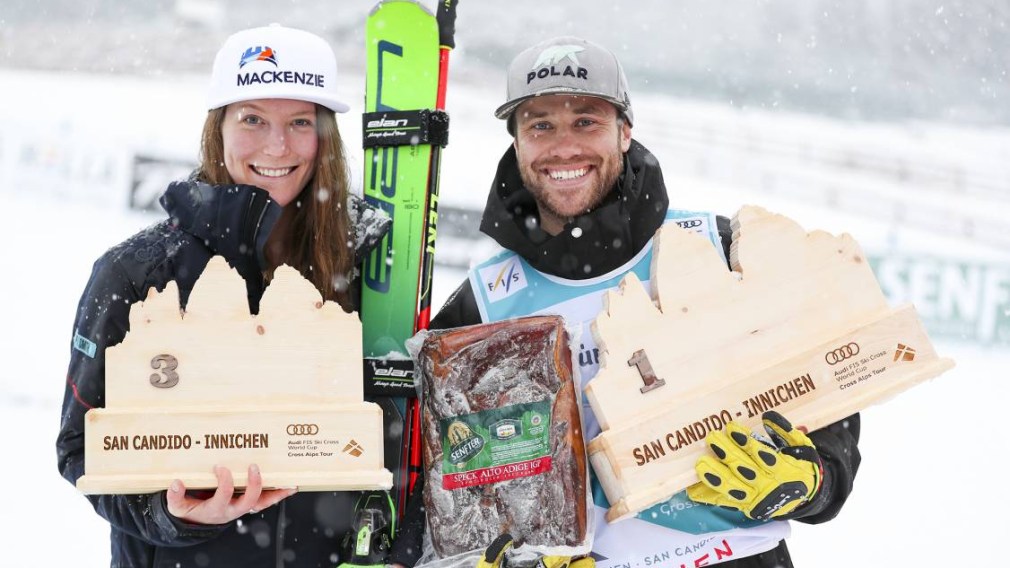 🚨Podium alert!🚨 @kevincdrury and @britt_phelan came in 1st and 3rd today in Innichen, IT. The race was cancelled due to heavy rain and snowfall and the qualification results will stand as the official race results. 📸 GEPA pic.twitter.com/fLWV6jlgDW

Due to heavy rain and snowfall the final heats of the ski cross World Cup were cancelled. The qualification results stand as the official race results.

Drury picks up his third gold medal of the season ahead of Germany’s Florian Wilmsmann and France’s Jonathan Midol.

Weather didn’t cooperate today to race finals so the race was awarded off qualifying results from yesterday. Happy to have put down a good run and get my first World Cup podium of the season! Fingers crossed for tomorrows weather for the last World Cup(not my fingers as they’re broken but you know what I mean 😂) #Livelikemiki

For the women, PyeongChang silver medallist Phelan won her first podium finish of the season. Joining her on the podium was Marielle Berger Sabbatel of France and Sweden’s Sandra Naeslund.

The FIS Ski Cross World Cup wraps up on Sunday in Innichen, Italy.