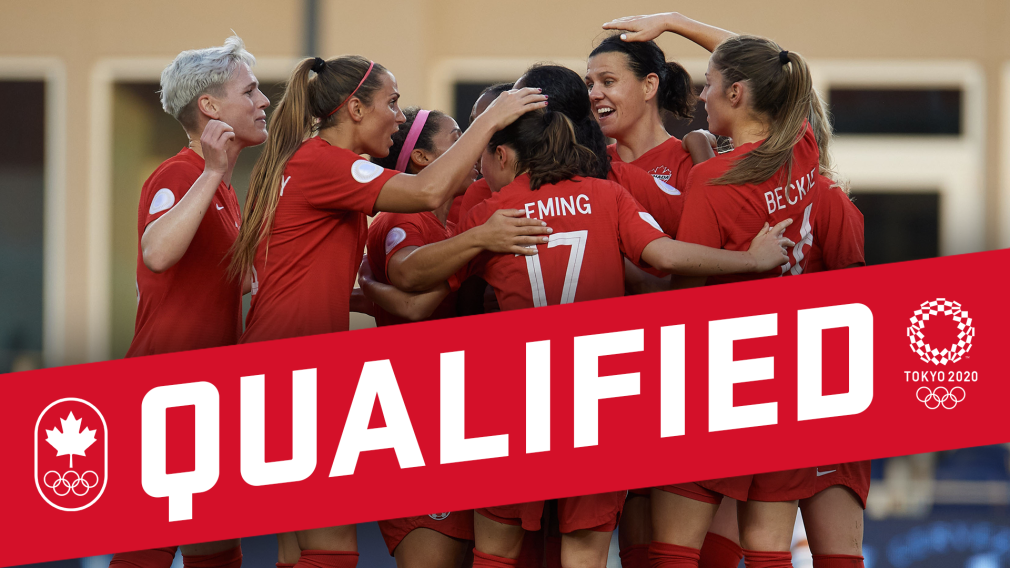 After cruising through the first three games, this match was not easy for Canada, as Costa Rica put up a strong defence against the Canadians. The game was scoreless until the 72′ mark, with Jordyn Huitema scoring the first goal of the game, and her seventh of the tournament.

This is the fourth consecutive Olympic Games that Canada will field a women’s soccer team. At both Rio 2016 and London 2012, Canada won bronze.

Before the game, Christine Sinclair was given a commemorative jersey and the ball with which she scored her 185th goal to become the world’s all-time leader for international goals. 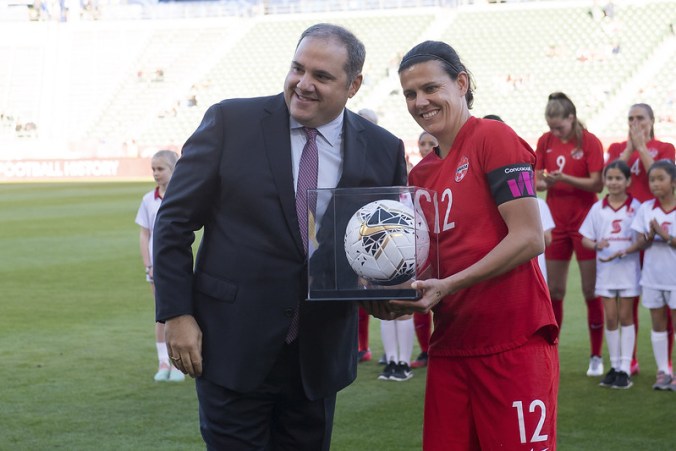 Christine Sinclair is given her record-breaking game ball by Victor Montagliani for becoming the world’s all-time leader in international goals. (Credit: Canada Soccer by Mexsport) 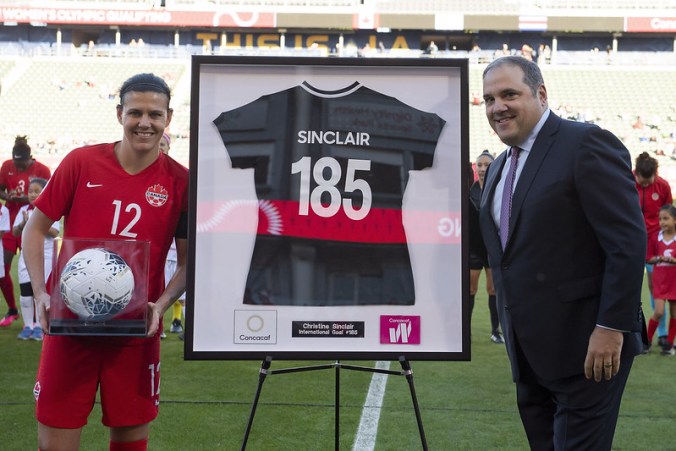 Christine Sinclair is given a commemorative jersey by Victor Montagliani for becoming the world’s all-time leader in international goals. (Credit: Canada Soccer by Mexsport)

Both semifinal winners at this tournament will qualify for Tokyo 2020. Canada will face the winner of the other semifinal — the United States or Mexico. The final will take place on Sunday at 6 p.m. ET.