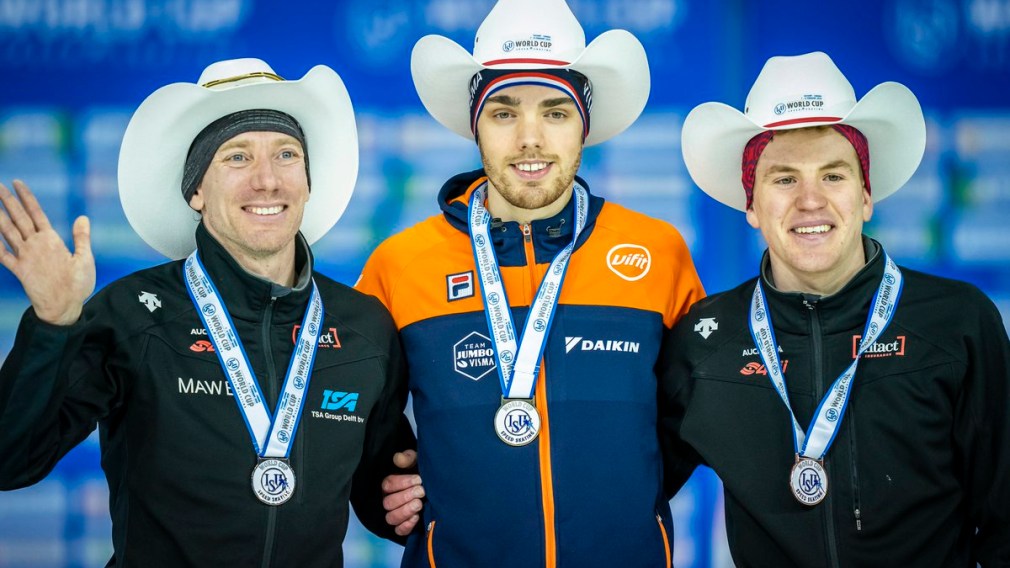 Team Canada had a successful day on the long track, picking up three medals at the ISU Speed Skating World Cup in Calgary, courtesy of Ivanie Blondin, Ted-Jan Bloemen and Graeme Fish.

Blondin not only earned herself a silver medal in front of a home crowd, but she did so in record time. She skated the ladies 1500m in 1:51.767 to beat Cindy Klassen‘s national record.

She was joined on the podium by Japan’s Miho Takagi, who came in first with a time of 1:50.337, and Ireen Wüst of the Netherlands who completed the race in 1:51.993 for bronze.

On the men’s side, Bloemen and Fish completed a double podium for Canada in the 5000m, capturing silver and bronze respectively. Ahead of them was the Netherland’s Patrick Roest in first place with a time of 6:07.404 – beating Bloeman by just 0.02 seconds.

🥇for 🇳🇱 @theolympicoval as @patrickroestt edges out 🇨🇦's @TedJan to win the Men's 5000m by 0.02secs in the final medal-race of the #speedskating World Cup #5 👏💪

Today marked the final day of the the Long Track Speed Skating World Cup at the Calgary Olympic Oval. The ISU circuit will continue next week in Salt Lake City with the World Single Distances Speed Skating Championships.