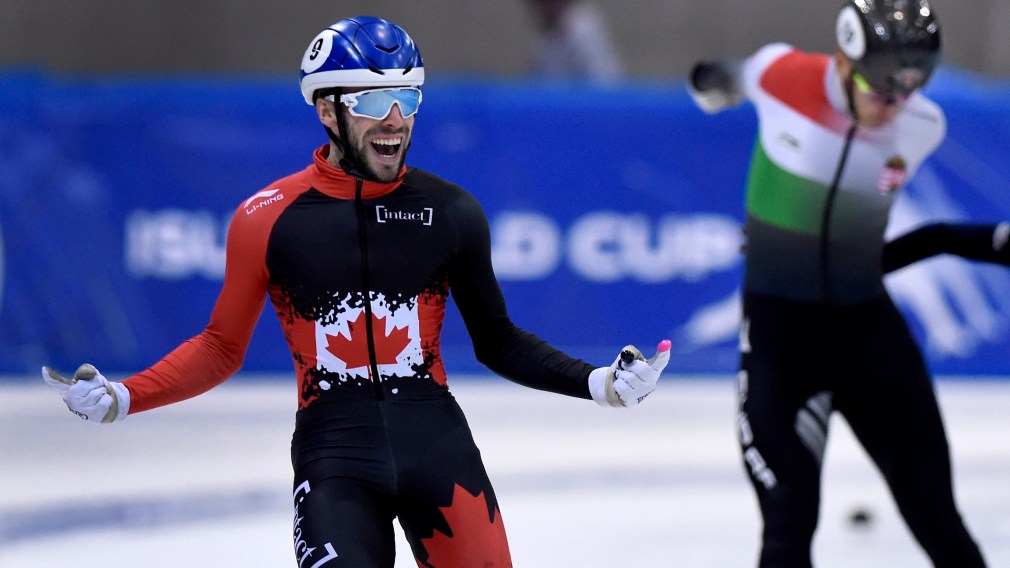 Steven Dubois and Kim Boutin reached the top of the podium in their respective 500m races on the final day of the Short Track World Cup in Dresden, Germany.

It was a milestone moment for Dubois, who won his first career gold medal on Sunday. He claimed his victory in a speedy 40.530s in the men’s 500m race.

He was followed by Shaolin Sandor Liu of Hungary, who won silver in 40.956s. The Netherlands’ Melle van’t Wout completed the podium in third with a time 40.985s, while fellow Canadian Cedrik Blais finished at the foot of the podium in fourth place.

On the women’s side, Kim Boutin was also victorious.

Boutin is currently bouncing back from a knee injury that kept her out of the ISU Four Continents short track championships last month.

Next up, the World Cup circuit will head to Dordrecht, Netherlands from February 14-16.