Short Track: Team Canada wins a trio of medals, including gold in the Netherlands

Short Track: Team Canada wins a trio of medals, including gold in the Netherlands 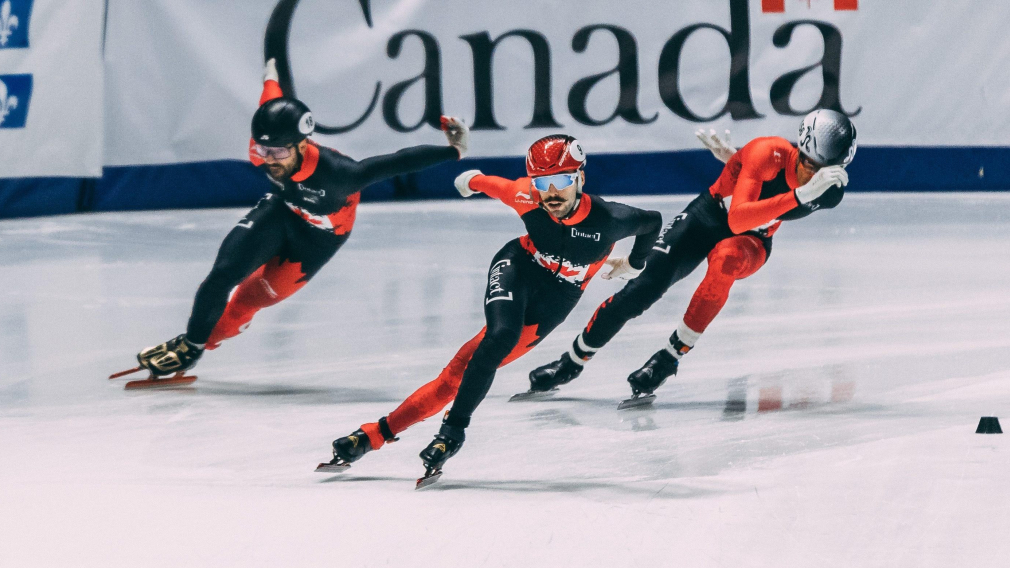 Team Canada claimed three more medals this weekend at the ISU Short Track World Cup in Dordrecht, Netherlands, including a gold in the men’s relay.

Canada’s relay team consisting of Cedrik Blais, Steven Dubois, Jordan Pierre-Gilles, Pascal Dion, and Charles Hamelin won the race in 6:54.542 to capture gold. They beat out the tournament-host Netherlands (6:54.573) and China (6:54.839), who will be taking home silver and gold respectively.

The Canadian women’s relay team also stood on the podium, earning silver for their efforts on the short track. The squad featuring Danae Blais, Claudia Gagnon, Alyson Charles, and Courtney Lee Sarault skated to across the 3000m finish line in 4:10.740. They were beat by the Netherlands, who skated a a time of 4:10.255. Korea completed the podium in third with a final run of 4:10.772.

On Saturday, Cedrik Blais was the lone Canadian on the podium, winning his first World Cup silver in the 1000m race.

Team Canada will be leaving the Netherlands with four medals in tow.