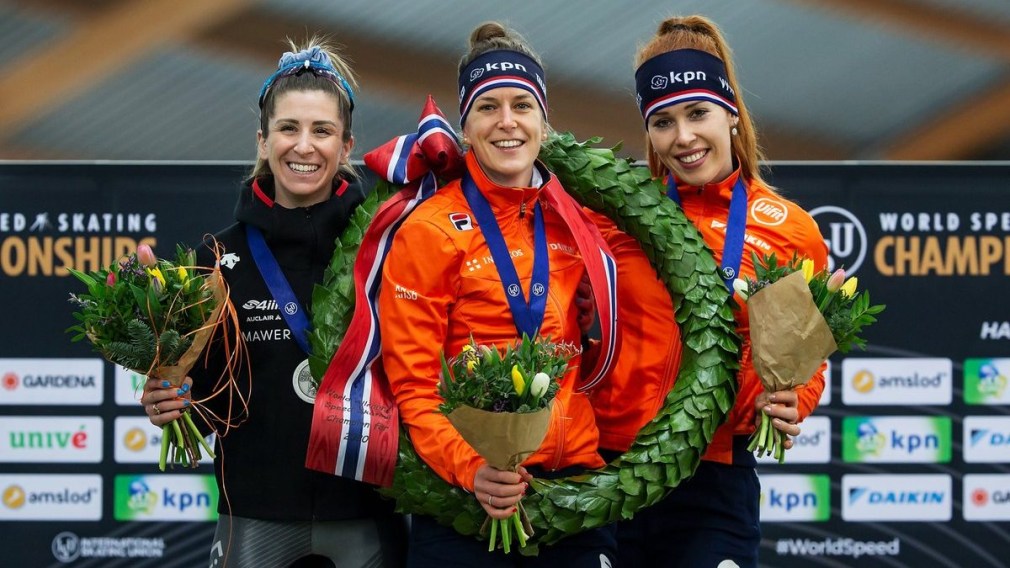 Ivanie Blondin was crowned vice-champion at the ISU World Allround Championships on Sunday in Hamar, Norway.

Ivanie Blondin (@IvanieB) crowned vice-champion at the World Allround Championships in Norway! The first Canadian to reach the podium at the event since Christine Nesbitt in 2012. pic.twitter.com/tekxzpqgk0

“I’m pretty happy with the end result and with this weekend overall! It’s always been a dream of mine to reach the podium at the World Allround Championships. My 1500m didn’t go super great, and I almost fell in the 5000m, but it’s a learning process. I think I showed consistency in finishing second, and while today wasn’t great, I’m looking forward to when Allrounds comes around again.” Ivanie Blondin said after her final race of the day.

Blondin is the first Canadian to win a medal at the World Allround Championships since Christine Nesbitt in 2012. She captured the second medal of the weekend for Team Canada. On Saturday Laurent Dubreuil was crowned vice-champion in the the sprint World Championships.

On the men’s side, Ted-Jan finished as the top ranked Canadian men, in seventh place. Jordan Belchos followed in eighth place overall.