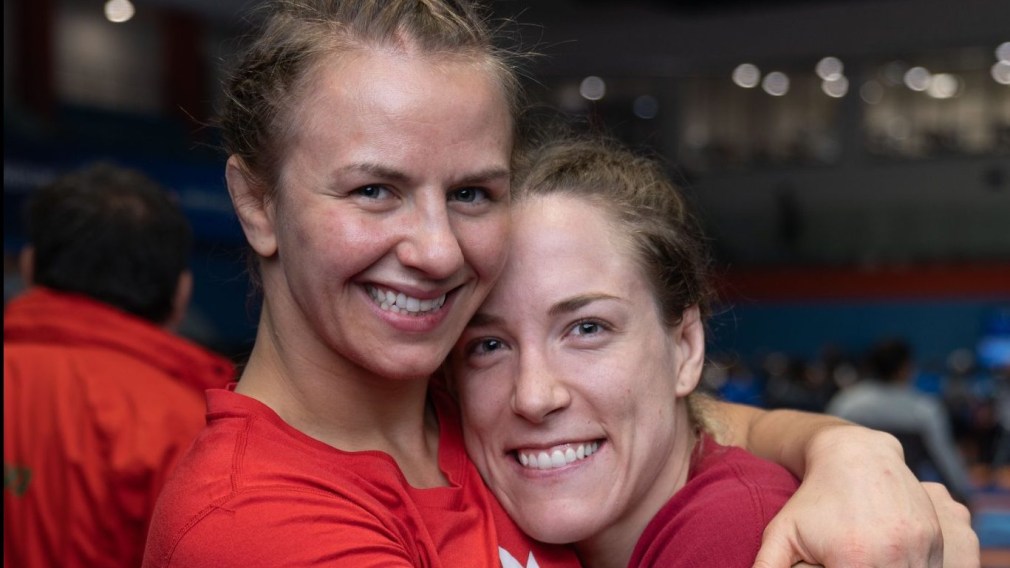 Despite challenging world news over the past few days, Team Canada had moments of celebration over the weekend, notably with four wrestlers securing their spot for Tokyo 2020.

Wiebe see what you did there.😂 https://t.co/VDpSQGTfuD

Reigning Olympic champion in the 76kg category, Erica Wiebe, along with her teammates Danielle Lappage, Jordan Steen and Amar Dhesi all booked their ticket to Tokyo 2020 at the Pan Am Olympic Qualifier.

This will be the second Olympic Games for both Wiebe and Lappage, and the first for Steen and Dhesi.

The Canadian wrestlers that did not qualify this weekend will have one last chance at the World Qualification Tournament in June.

Mikaël Kingsbury had unofficially secured the Crystal Globe last weekend, but on Friday he was also awarded the small globe for being the best male moguls skier and the Crystal Globe for the best athlete out of all freestyle skiing disciplines combined.

His seven wins and three second places on the World Cup circuit took him to the top of the men’s standings with 94 points in the World Cup standings. He is now one Crystal Globe away from tying the record of ten held by Switzerland’s Conny Kissling.

Canada also captured the Nations Cup, awarded to the best country across all freestyle skiing disciplines. Canada has won this award every year since at least 2007 (FIS archived results only go back to that year).

SWIPE ➡️ to see some photos of this year!! • It’s been an unbelievable season! I can’t thank everyone enough for all the support both on and off the hill! I truly could not have achieved this goal without all of you! • Special thank you to my sponsors: @elanskis @blizeyewear @nordicaski @leki.ski.outdoor #polarassetmanagementpartners Until next season!!

After delivering the best World Cup season of his career, Drury was awarded his first-ever ski cross Crystal Globe as the top male athlete. Over this season, he won four races and finished in second place two times.

The Davis Cup Finals won’t take place until November 2020, but the groups were revealed last week. Canada, ranked sixth in the world, will be in Group B and face Kazakhstan and Sweden, who are ranked 12th and 14th, respectively, in the first round.

READ: FAQ: What are Davis Cup and Fed Cup?

Remember the 2019 Davis Cup Finals? Vasek Pospisil and Denis Shapovalov led Canada to its best finish ever at the Davis Cup Finals. If that doesn’t make you look forward to the 2020 finals…