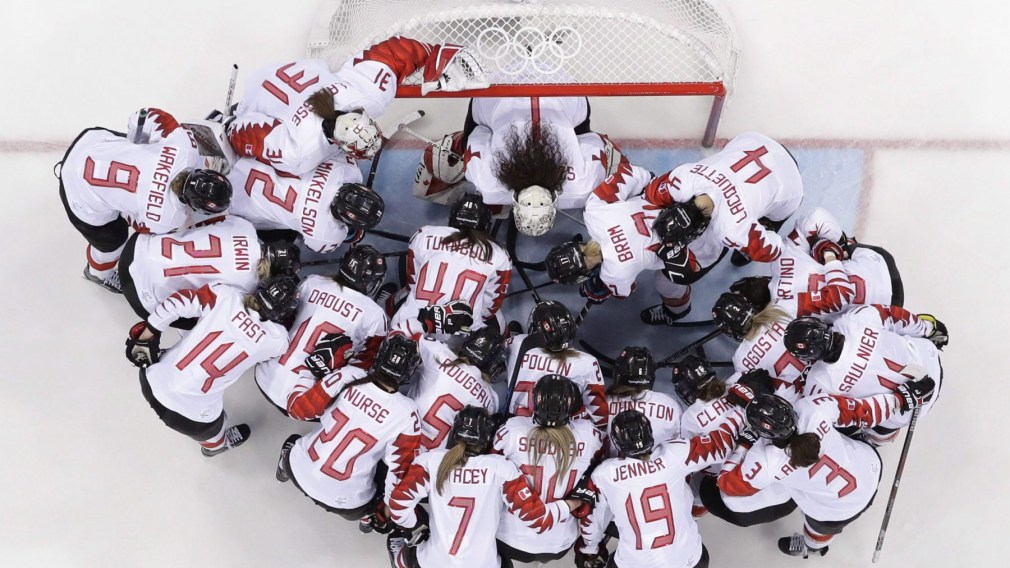 The Beijing 2022 Olympic Winter Games may still be almost two years away, but we know the opponents Team Canada will face in the preliminary rounds of the men’s and women’s hockey tournaments.

The news was announced as the IIHF revealed the 2020 World Rankings that determined the first six teams to qualify for the women’s Olympic tournament and the seeding of teams already qualified for the men’s tournament.

On the women’s side, Canada will head to the Games as the number two seed behind the United States. That puts them into the top tier Group A together alongside Finland (#3), Russia (#4), and Switzerland (#5).

Japan (#6) will be in tier two Group B alongside the host Chinese (#10) and three other countries which will earn entry to the Games through other qualification tournaments.

Canada will be looking to return to the top of the Olympic podium in Beijing, after having settled for silver following a shootout loss to the arch-rival Americans in the final at PyeongChang 2018.

The first eight qualifiers for the men’s Olympic tournament were based on the 2019 IIHF World Ranking, which were finalized immediately following the 2019 IIHF World Championship. As the top-ranked team, Canada locked up one of those Olympic berths.

Canada is still number one in the 2020 World Rankings, which will make the team the top seed at Beijing 2022. They were drawn into Group A of the Olympic tournament alongside the United States (#6), Germany (#7), and China (#12).

With the 2020 IIHF World Rankings determined, we now now the seeding and groups for the #Beijing2022 Men's #IceHockey Tournament! Three qualifiers to be determined.

The IIHF has set an August deadline for the NHL to confirm whether it would allow contracted players to compete for their countries, which would cause disruption to the NHL schedule. NHL players participated at five straight Games from Nagano 1998 to Sochi 2014 but the world’s premier pro league schedule was not shut down for PyeongChang 2018 where a team of players from various other leagues won bronze for Canada.