Sofia Open: Pospisil off to the semifinals after a dominating victory

Sofia Open: Pospisil off to the semifinals after a dominating victory 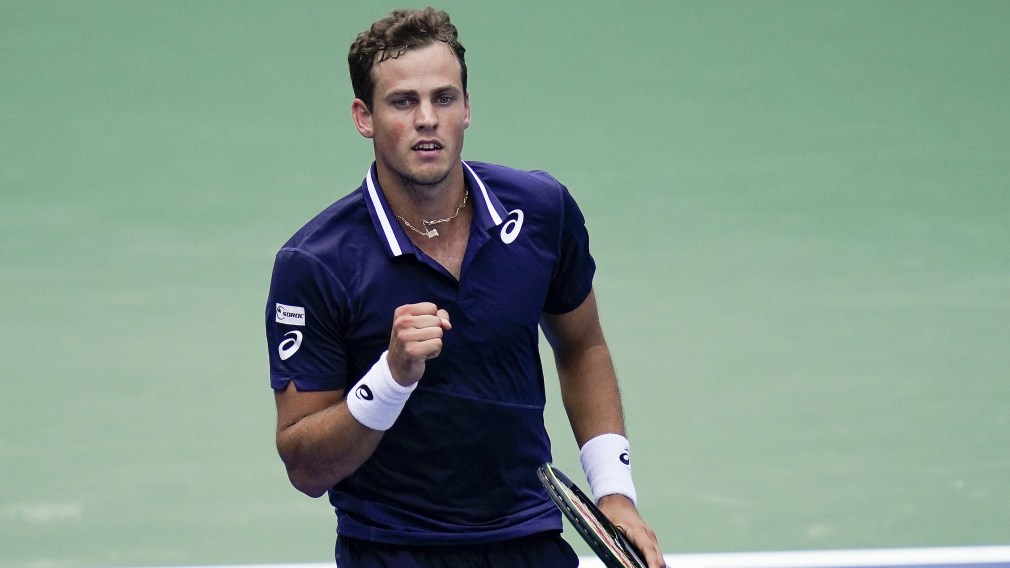 It’s nearing the end of the ATP season, but Vasek Pospisil isn’t slowing down. On Thursday the No. 74 ranked Canadian upset Australian John Millman (No. 38) in straight sets.

Pospisil was great on both sides of play, scoring more than 80% of his first serves while also winning four of six break points in the match. The 30-year-old claimed victory over Millman, the tournament’s sixth seed, in a two-set win of 6-3, 6-2.

Pospisil will play Richard Gasquet (No. 49) in the semifinals on Friday.