Pospisil into the finals at the Sofia Open

Pospisil into the finals at the Sofia Open 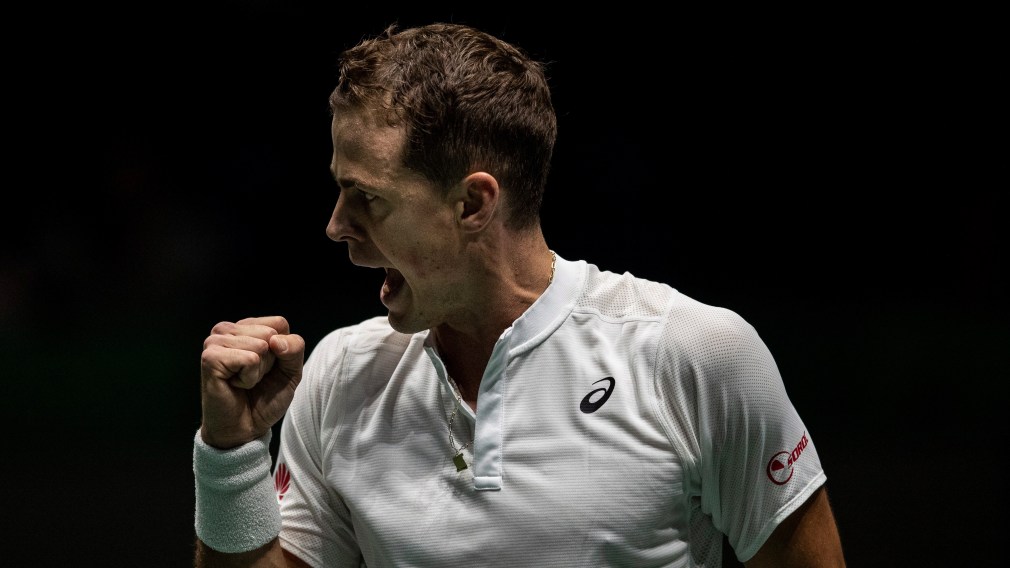 Vasek Pospisil (No. 74) secured a spot in the finals at the Sofia Open on Friday after a commanding win over Richard Gasquet (No. 49).

In a back and forth first set, no player had a two-game lead, as it went to a tiebreak that Gasquet ultimately won.

Pospisil dominated from the second set onwards, eventually cruising to victory. In the match, the Canadian won 11 games in a row and finished with 19 aces.

INTO THE FINAL! 🏃‍♂️💨@VasekPospisil recovers from losing a tight first set to run away with his semi-final at the Sofia Open, defeating Richard Gasquet in three. He's through to his third career final, playing for his first title.#TennisNation pic.twitter.com/s7lE7cWQ3f

The semifinals match lasted just one hour and 51 minutes with a final score of 6-7(6), 6-2, 6-0. Pospisil’s hot-streak lands him in his second ATP finals of the year and third of his career.

Pospisil will look to capture his first ATP title in singles on Saturday, when he faces Italian Jannik Sinner (No. 44) in the finals of the Sofia Open in Bulgaria.