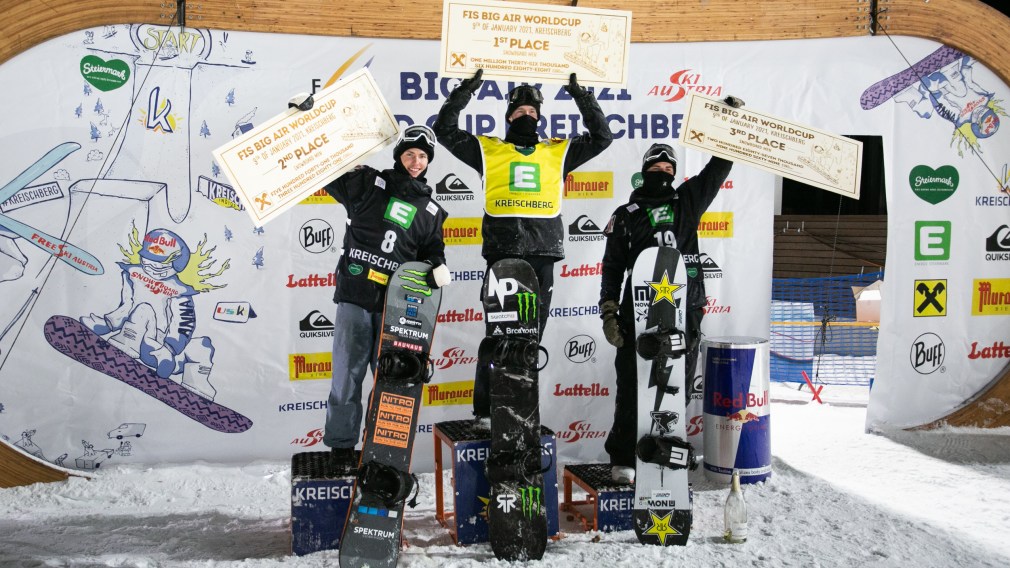 Max Parrot landed on top of the podium at the FIS big air World Cup for an exciting nighttime competition in Kreischberg, Austria on Saturday.

The Olympic silver medallist captured the gold medal with a total score of 165. Sweden’s Sven Thorgren scored 164.00 for second place, just one point behind Parrot. Mons Roisland of Norway rounded out the podium with bronze and 163.20 points.

The Canadian sat in third position after his first run of the day with 80.20 points. Although his second run didn’t go as planned, he refocused and successfully pushed himself into first position with his third and final run of the day, landing 84.80 points for an overall score of 165.00.

At Lausanne 2020, Brearley became the only Canadian to ever win three medals at a Winter Youth Olympic Games 🇨🇦 pic.twitter.com/XfyKKcwW6z

This wraps up the final day of competition at the first of three big air World Cups that remain this calendar season. Two more World Cup competitions are scheduled to take place in Calgary in March.