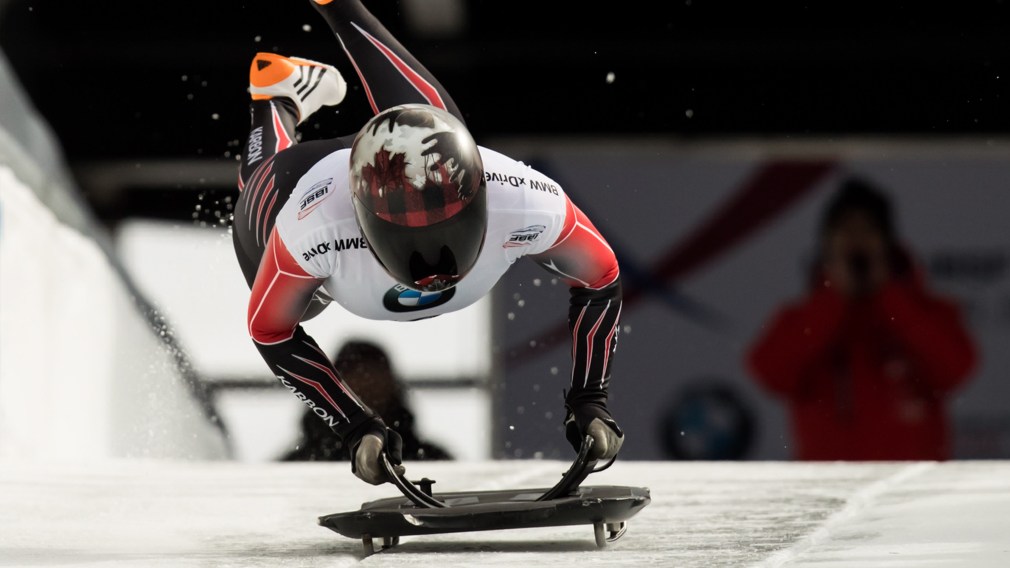 When the calendar turned to January 2021, that also marked the return of Canadian skeleton athletes to the World Cup circuit.

Canada’s best head-first sliders had stayed home for the first half of the season due to restrictions related to COVID-19. But just because they weren’t competing, doesn’t mean they weren’t busy, taking advantage of the time to train in many different ways.

Here is a look at some of what they were up to over the last few months:

Let’s get down to business with this unique POV provided to us by Kevin Boyer, who made his Olympic debut at PyeongChang 2018. One year later, he hit a career-high on the World Cup circuit, finishing 10th twice (in St. Moritz and Calgary).

Gotta start ‘em young! New mom Elisabeth Maier is no stranger to World Cup podiums, and after a full season away from competition, she’s sliding back into form, highlighted by a fifth-place finish in Innsbruck.

Don’t blink or you’ll miss Jaclyn LaBerge. Did you know she can reach speeds up to 141 km/h😱? A former rugby player, LaBerge has been balancing her athletic career with her corporate career for several years. She made her World Cup debut this month after spending last season on developmental circuits.

Just a year ago, who would have thought that garages would be such an integral part of an athlete’s training? After many years competing in gymnastics and athletics, Natalie Coughlin was recruited to skeleton after she was discovered at RBC Training Ground. Keep an eye on this one!

There’s nothing more inspiring than training on an Olympic track to nurture your own Olympic dream 🤩 Jane Channell continues to push herself every day with the goal of competing in her second Olympic Games after a 10th place finish at PyeongChang 2018.

Here, Madison Charney works on her powerful start, while taking us behind the scenes in the second video. Having raced at five world junior championships, Charney has evolved to a full time World Cup competitor.

Running on ice is easier said than done! Kudos to Mark Lynch for not giving up and making us smile by sharing this snippet from his training. By day, Lynch is an engineer, by night—OK by day as well—he’s now representing Bobsleigh Canada Skeleton on the World Cup circuit.

What do athletes do when they encounter hurdles? They literally jump over them. Blake Enzie is part of the Bobsleigh Canada Skeleton development team and placed 17th at the 2020 World Junior Championships in Winterberg, Germany.

With just over a year to the Beijing 2022 Olympic Winter Games, we can confirm that Maier is wasting no time since coming back from her maternity leave.

Once again, Boyer gives us a unique and impressive POV of what it looks like sliding down an ice track… head first. How fast do you think he’s going in this video?

Keep an eye out for Team Canada skeleton athletes on the World Cup circuit as they head towards the 2021 IBSF World Championships in Altenberg, Germany where skeleton events will take place on February 11, 12 and 13.