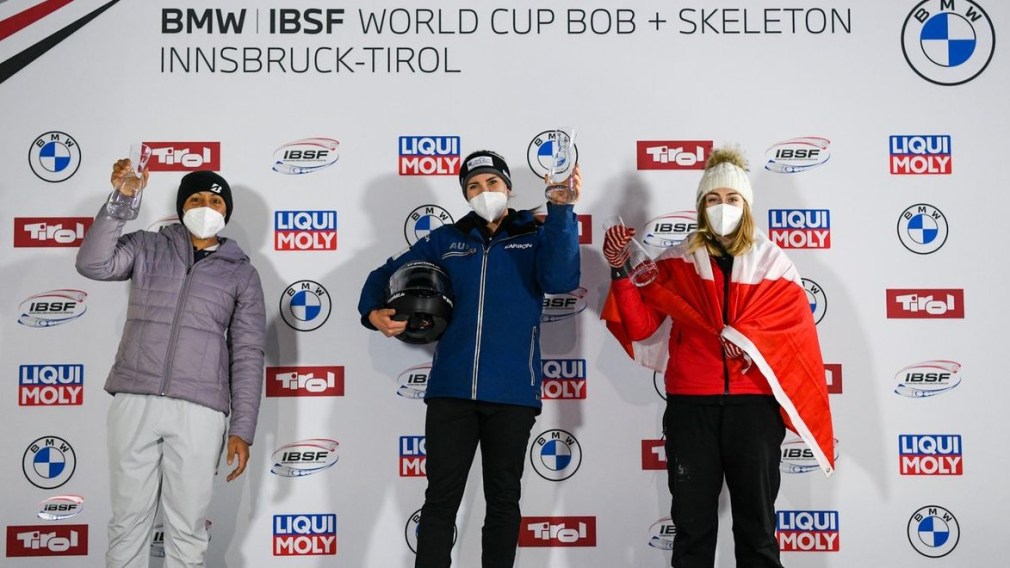 Melissa Lotholz slid to a historic bronze at the newly-created Women’s Monobob World Series in Innsbruck, Austria on Saturday. She is the first Canadian to win a monobob medal at the World Cup level.

The Alberta native registered a time of 1:51.22 over two runs to reach the third step of the podium. Australian Breeana Walker (1:50.84) and American Elana Meyers Taylor (1:51.07) finished ahead of her, capturing gold and silver respectively.

Melissa Lotholz 🇨🇦 grabs bronze in Innsbruck and will represent Canada in Women's Monobob at the World Championships 👏 pic.twitter.com/nkcmjrvHcE

Lotholz previously competed in two-women bobsleigh, representing Team Canada at the 2018 PyeongChang Olympics, before making the switch to monobob in 2018. Women’s monobob is set to make its debut as a new discipline for Beijing 2022.

This is Lotholz fourth monobob podium, but first on the World Cup circuit.

Next up, she’ll hit the track at the upcoming IBSF World Championships in Altenberg, Germany in February.