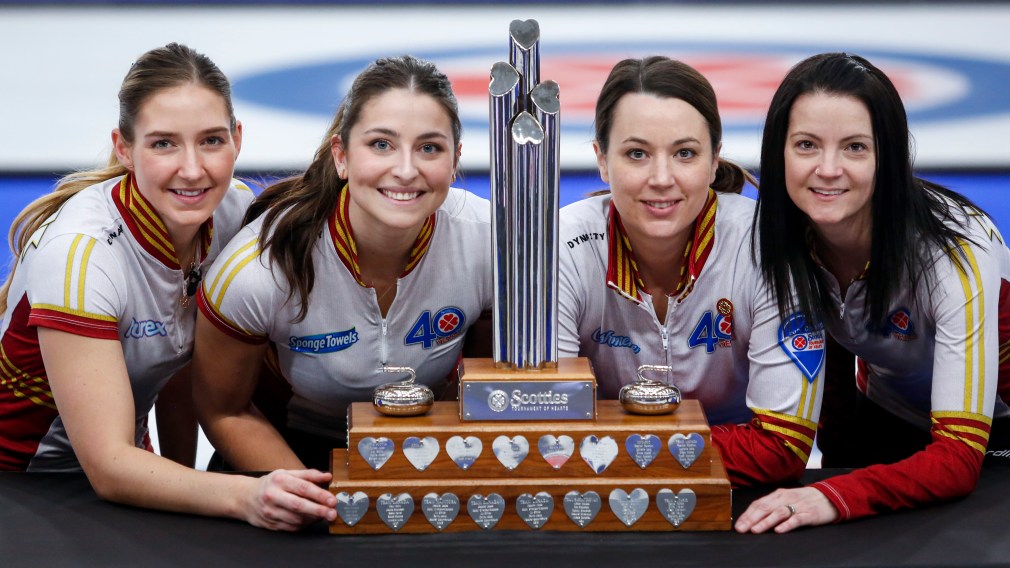 Team Canada remains Team Canada in women’s curling, a couple of career firsts in ski cross, and the Olympic warmup begins in wrestling.

It was another great weekend to watch Canadian athletes in action, so let’s dive right into the details:

The first event to take place in the curling bubble in Calgary concluded on Sunday night with Kerri Einarson and her team of Val Sweeting, Shannon Birchard, and Briane Meilleur winning their second straight national title. Playing as Team Canada, the foursome from Manitoba defeated Rachel Homan‘s Team Ontario 9-7 in the Tournament of Hearts final, a repeat of last year’s gold medal showdown.

Einarson was also named the winner of the Sandra Schmirler Playoff Most Valuable Player Award as she became the first Canadian women’s skip to win back-to-back national titles since Homan in 2014.

Next up in the bubble will be the Brier starting on Friday when 18 men’s teams will vie for the national championship.

Jared Schmidt got his first taste of what it’s like to win a World Cup medal when he finished third on Saturday in Bakuriaini, Georgia. He was in the Big Final alongside fellow Canadian Brady Leman, but unfortunately the reigning Olympic champion was taken out of the race when he lost balance and crashed just before a jump.

What’s that⁉️ Another young gun throwing down for 🇨🇦‼️ Jared Schmidt charged to 3rd place today in Bakuriani, GEO for the first World Cup podium of his career! 🎉
@bigairmar , who has five podiums this season, battled hard into the big finals and finished in 4th! 👊

Though he was eliminated in the first heat, Reece Howden’s consistency this season paid off as he locked up the ski cross Crystal Globe with two World Cup races to go. He has recorded five podiums in nine races thus far in the 2020-21 season.

As part of her tune-up for Tokyo 2020, Erica Wiebe won 76kg bronze at the Outstanding Ukrainian Wrestlers and Coaches Memorial Tournament in Kiev this weekend. Olivia Di Bacco added a silver in the 68kg weight class.