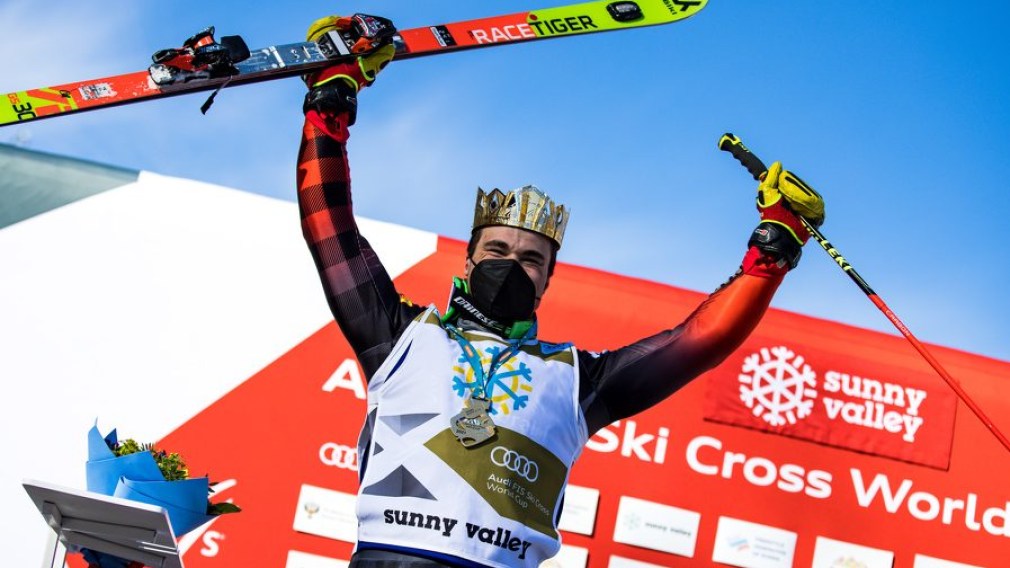 Reece Howden was golden on the slopes in Sunny Valley, Russia on Saturday.

The 22-year-old topped the ski cross podium to claim his fourth World Cup victory of the season.

Reece Howden🇨🇦 proved that he truly is this season's SX king🤴 with the incredible performance of today in Sunny Valley🇷🇺🚀
Congrats to Ryo Sugai 🇯🇵 for his maiden podium 👏🥈 and Joos Berry🇨🇭 for taking 🥉 place 💪🙌#fisfreestyle #skicross #sxwc2021 #king pic.twitter.com/LkKPpGhUGs

The B.C. native finished first in the big final, edging out Japan’s Ryo Sugai and Joos Berry of Switzerland, who claimed silver and bronze respectively.

“After those first few heats I was a bit nervous but as I made my way through it the confidence came back and when I was sitting in the start gate of the big final, I was feeling so good I just sent it and I’m so happy with the result,” Howden said following his win.

Howden is having an incredible year and has already clinched the men’s ski cross overall World Cup title. So far this season, he’s won four golds and two silvers on the slopes.

Next up, Howden and Canadian alpine skiers will head to World Cup Finals in Veysonnaz, Switzerland. Howden will be in the hunt for another victory before being awarded his Crystal Globe.