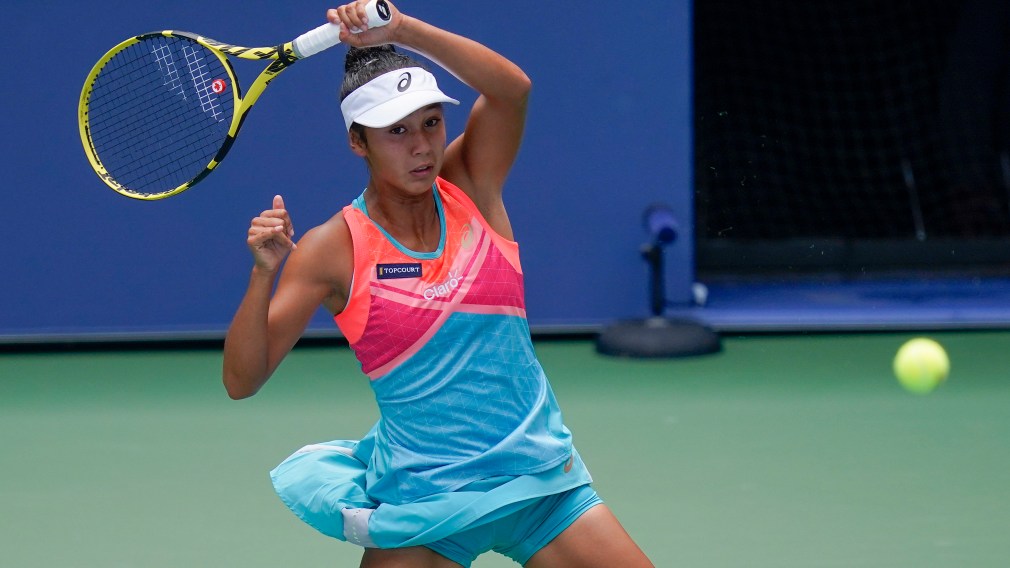 Leylah Annie Fernandez will play in the Monterrey Open final after defeating Spain’s Sara Sorribes Tormo 7-5, 7-5 in the semifinals on Saturday.

With a WTA singles title on the line, Fernandez and Switzerland’s Viktorija Golubic will face off for the first time in Sunday’s final. Both players moved onto the final with straight-set semifinal wins over seeded opponents.

INTO THE FINAL! 💪@leylahfernandez is through to the final of the @AbiertoTelcel, winning 7-5, 7-5 over Sara Sorribes Tormo.

The 18 year old is one win away from her first WTA tour-level title. pic.twitter.com/CeqlNdsZgV

Fernandez, the youngest player in this week’s main draw, ended the seven-match winning streak of last week’s Guadalajara champion Sara Sorribes Tormo with a 7-5, 7-5 victory over the No. 7 seed.

In the semifinal match, Fernandez converted six of her nine break points against Sorribes Tormo as she blasted 35 winners to win both tight sets to advance to her second career WTA singles final.

“I’m very happy with the win,” Fernandez said. “I was fighting through tough points. Almost every point was tough. She played incredible. She’s a tough player to play against.”

Fernandez’s frequent charges to the net contrasted with Sorribes Tormo’s strong shots and defence. The Canadian used aggressive play and showed her competitive character to fight back and level the score 4-4. She broke Sorribes Tormo again to take the one-set lead, putting away a volley to reach set point, followed by another volley winner to take the set 7-5.

A second final for @leylahfernandez 👏

The second set followed the same pattern, as the two players continued their back and forth battle. At 2-2, they traded breaks before bringing the score to 4-4. Fernandez dug out of a 0-40 hole on her serve to take back control of the match and broke Sorribes Tormo one final time to secure her spot in the final match.

Fernandez, ranked 88th in the world, will play for her first ever singles title Sunday against Switzerland’s Viktorija Golubic, ranked 102nd. Golubic defeated American Ann Li 6-2, 6-4 in the other semifinal match.