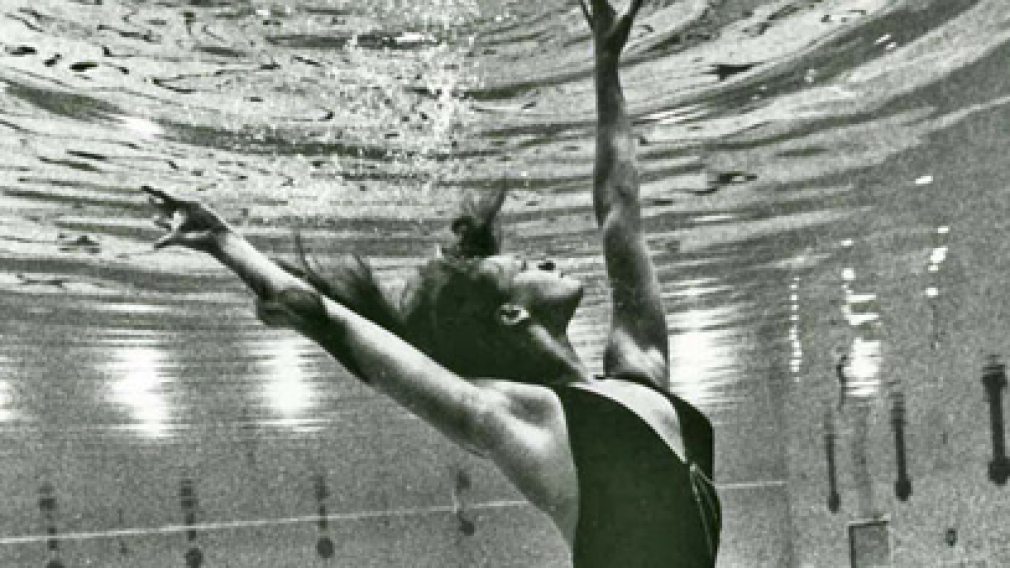 When Helen Vanderburg won both the solo and duet titles at the 1978 World Championships in Berlin, she was the first non-American to do so. When her partner Michelle Calkins retired in 1978, Vanderburg partnered with Kelly Kryczka and together they won duet gold at the 1979 Pan American Games in San Juan, with Vanderburg also capturing a second gold in the solo event and a third medal, a silver in the team event.

Vanderburg began swimming at the local YMCA at 12 to develop strength, ultimately following her older sister into synchronized swimming. From 1971-73, she was a member of the junior national team winning the Canadian junior solo and duet titles in 1973, yet unsure if she could handle the pressure and contemplated retirement. Moving up to the senior national team in 1977, Vanderburg won the solo and duet titles (with partner Michelle Calkins) at the Canadian Championships, the first of three years that she won both events. Coached by Debbie Muir at the Calgary Aquabelles, Vanderburg’s trademark was her strength as she was recognized as one of the most athletic synchronized swimmers of all time.

Vanderburg retired from competition in 1979 at the age of 21 before synchronized swimming was on the Olympic programme for the first time at Los Angeles 1984. She obtained her physical education degree from the University of Calgary, coached with the Aquabelles, coached at Atlanta 1996, opened a fitness club and became a fitness trainer. She married physiotherapist Terry Kane, stayed in her hometown of Calgary and had two daughters.