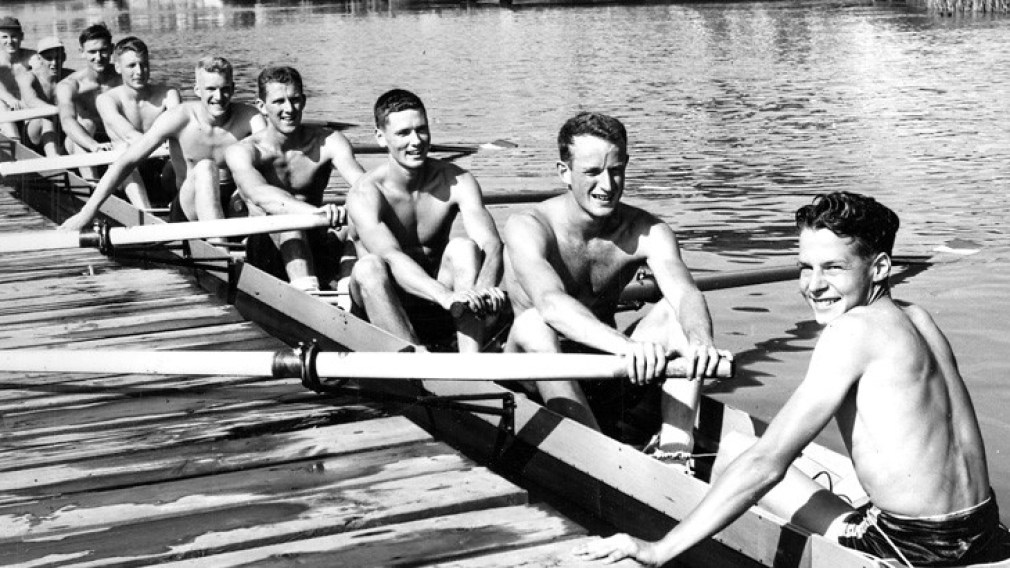 A dynasty in the making, coxswain Raymond Sierpina was a member of the gold medal winning University of British Columbia (UBC) eights crew representing Canada at the 1954 Commonwealth Games, where before 12,000 fans the “Cinderella Crew” beat the Britons by two and a half boat lengths. The Canadians had chosen landmarks along the Vedder Canal that matched up with familiar points on their training runs placing the Taconite marker at the end of the plank seating. That worked well when the seating was empty, but with the stands overflowing on race day, and not wanting to leave their final push too late, Sierpina began calling, “Taconite! Taconite” as soon as the masses on the banks became thick enough. The crew’s stroke rate jumped to frantic 44, unheard of in rowing at the time. The roar of the crowd seemed deafening, even drowning out Sierpina yelling, “Taconite! Taconite! One last time! Don’t let those limey bastards catch us now!”

The same UBC crew, with Sierpina, was invited by Prince Philip himself to compete at the 1955 Royal Henley Regatta where they shocked the world again defeating the defending champion Russian crew by a length and a quarter to win the semi-final. They eventually lost in the final to the University of Pennsylvania crew but credit for the Canadian success was given to Coach Frank Read for the dedication, discipline and physical condition the crew had, and jump-starting UBC’s famed rowing program.