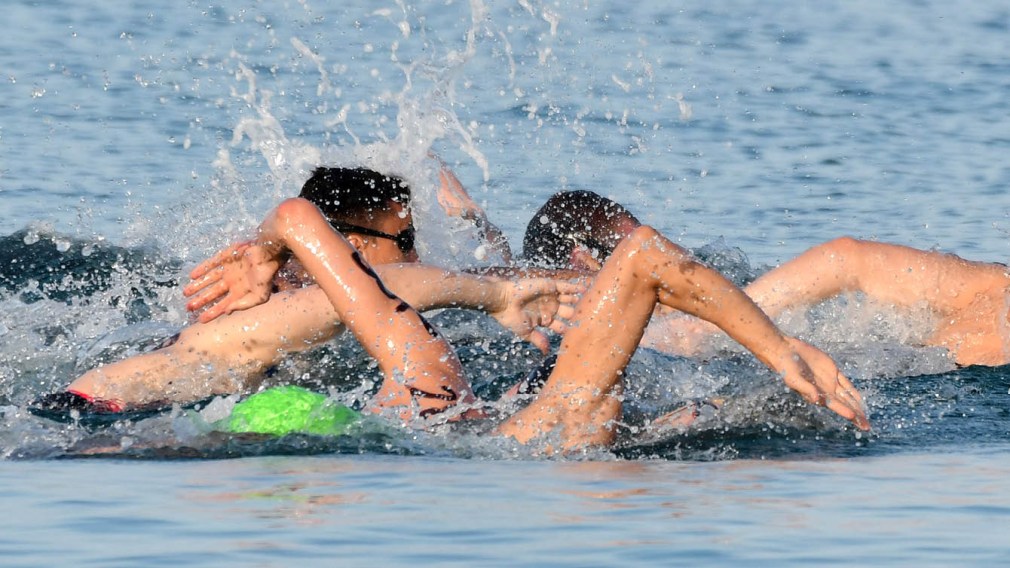 Four open water swimmers qualified for Team Canada based on their performances at the 2019 Canadian Open Water Swimming Trials that took place Saturday, April 27 on Governor’s Beach in Grand Cayman, Cayman Islands. They will join the 16 pool swimmers named earlier this month to round out the team.

Jon McKay and Kate Sanderson won the men’s and women’s 10km races to earn nominations to the team. Chantel Jeffrey, 17, came second in the women’s race to earn the second spot, while fourth-place finisher Raben Dommann, 17, earned the second men’s spot as the highest-ranked male born between 1999 and 2005. Sanderson, 19, was a member of last year’s Pan Pacific Championships team, while McKay, 23, represented Canada at the 2015 FISU Universiade.

“We’re delighted with the selections,” said Mark Perry, Canada’s Head Coach of Open Water Swimming at the Games. “It’s really exciting for the future of open water swimming in Canada that some of our younger swimmers have made the team. They have all worked with the staff and come through the program. We’re seeing some of that work come to fruition, to see them using the skills they’ve learned and put into practice.”

Pool swimming will take place August 6 to 10 (Day 11 to 15) at the Aquatic Centre. The open water 10km marathon is scheduled for August 4 at Bujama Lake.

Lima 2019, which will run from July 26 to August 11, will bring together approximately 6,700 athletes from 41 nations of the Americas and feature 62 disciplines in 39 sports. It will be the largest sporting event ever held in Peru.

The athletes and coaches nominated are:

Prior to being named to Team Canada, all nominations are subject to approval by the COC’s Team Selection Committee following its receipt of nominations by all National Sport Federations in late June 2019.

Subscribe to receive news from the Canadian Olympic Committee