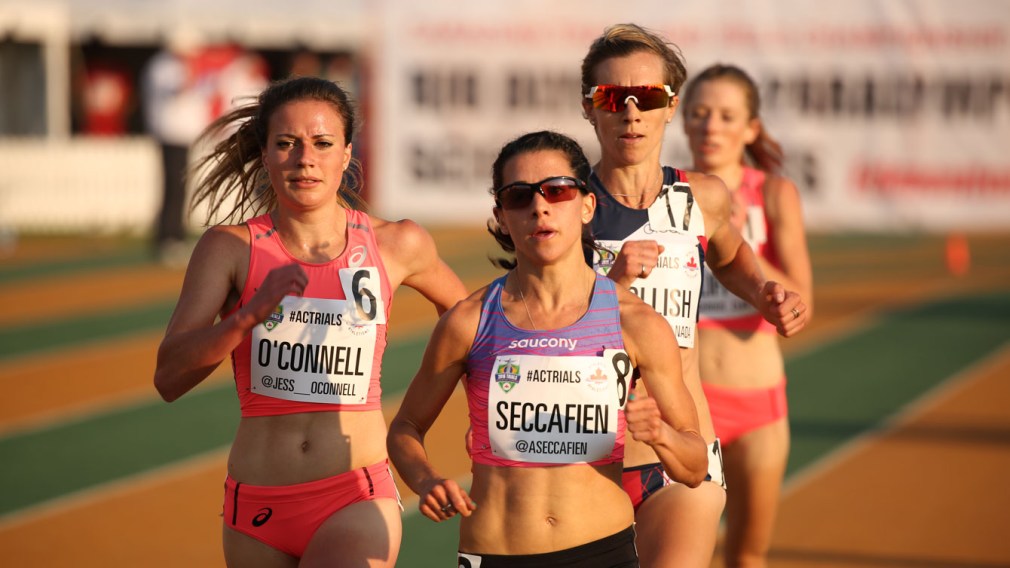 Andrea Seccafien thought her racing career might be over in 2015 when a mysterious foot injury continued to plague her ability to run. Fast-forward to May 2016 and Seccafien hit the Olympic standard time in the women’s 5000m race at the Hoka One One Middle Distance Classic in Los Angeles. A runner in high school, Seccafien accepted an offer to Samford University only to have the program scrapped soon after she arrived. She transferred to the University of Guelph in 2010 where, under coach Dave Scott-Thomas, she won 5000m gold at the 2013 Canadian Championships. A foot injury kept her sidelined during the 2015 season and then, once healed, she opted to change everything – her mechanics, diet, training and coaches. In 2016, she ran 15 minutes, 17.81 seconds, beating the Olympic standard time of 15:20 and her own personal best. Seccafien made her Olympic debut at Rio 2016 where she was the top-ranked Canadian woman in the 5000m. She has won the Canadian title in the 5000m four times, including a streak of three consecutive wins from 2016 to 2018.

A LITTLE MORE ABOUT ANDREA

Getting into the Sport: Was introduced to the sport by her mother, Carmelina, who ran recreationally… She started running in Grade 9 at Bishop Macdonell Catholic High School as a way to deal with the death of her mother to cancer… Outside Interests: Participated in dance and soccer before gaining a strong interest in running… Graduated from the International Development program at the University of Guelph, studying political science and economics… An active freelance writer and blogger…