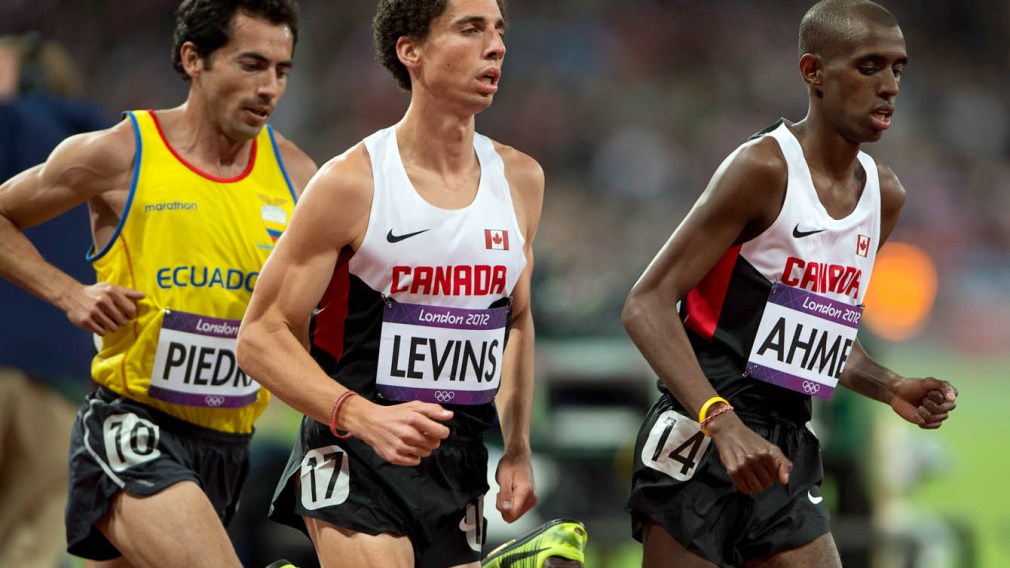 Cameron Levins is already one of Canada’s greatest distance runners. In his Olympic debut at London 2012 he was the first Canadian man to make the 5000m final since 1968 and posted Canada’s best result in the men’s 10,000m since 1932. In January 2014 he set the Canadian indoor 5000m record at 13:19.2 and followed that in May 2015 with a Canadian outdoor 10,000m record of 27:07.51. He captured bronze in the 10,000m at the 2014 Commonwealth Games, a year after competing at his first outdoor IAAF World Championships. Levins raced collegiately at Southern Utah University, where as a senior he won the NCAA title in the 5000m and 10,000m. He was named the 2012 Bowerman Award winner, making him the first Canadian to win the NCAA honour for Male Track and Field Athlete of the Year.

Family: Parents Gus and Barb Levins… Older brother Jordan… Wife Elizabeth Levins… Getting into the Sport: Started running track in grade 2… He was naturally good at it and, like most people, he wanted to be part of something he could thrive at… His older brother was also a runner and he wanted to do whatever he did… Outside Interests: Graduated from Southern Utah University in 2012 with a Bachelor of Science in Physical Education with emphasis on Exercise Science… Enjoys cooking, reading, watching movies/television, going on dates with his wife… Odds and Ends: Favourite motto: “If it was easy, everyone would do it”… Role models are Terry Fox, because of his endless dedication to what he believed in, and Bernard Lagat, because he is the perfect example of how an athlete can just represent him/herself and the sport of athletics, along with his incredible accomplishments… Nickname: Cam…