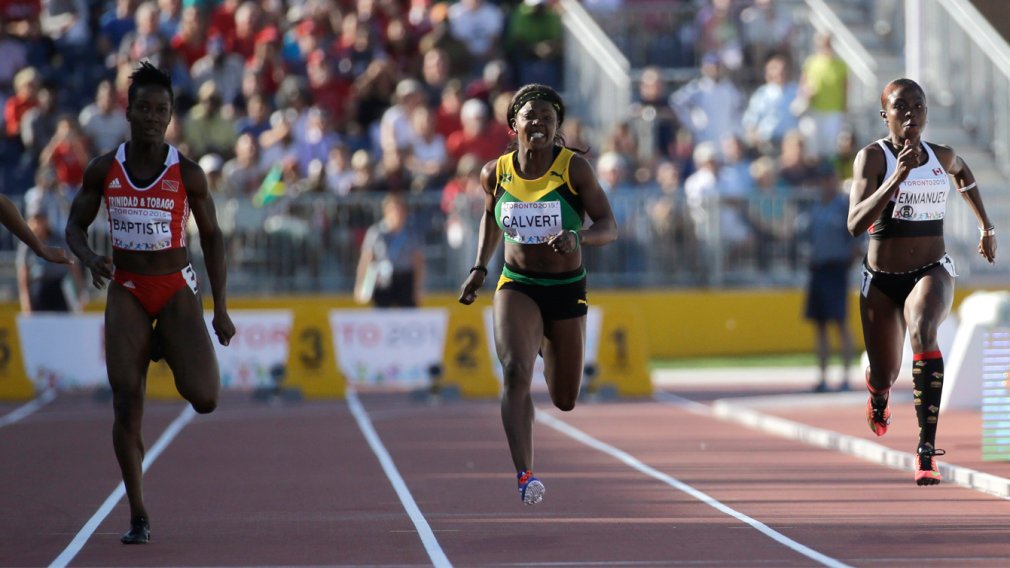 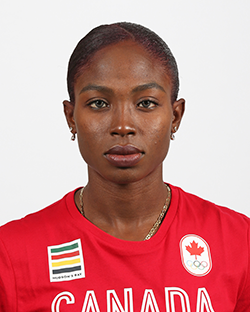 Crystal Emmanuel made her Olympic debut at London 2012 where she made it to the semifinals of the 200m. Four years later at Rio 2016, she competed in all three sprint events. A 200m semifinalist once again, she also finished seventh with the 4x100m relay. Emmanuel has been one of Canada’s top sprinters over the last few years. At the 2011 Canadian Championships she became the first woman to win both the 100m and 200m since 2003. In 2012 she won the 200m and was second in the 100m. In 2013, she reversed her results, winning the 100m and finishing second in the 200m. She replicated those results in 2014. She set her 100m personal best at 11.27 seconds in finishing second at the 2015 Canadian Championships, where she was also second in the 200m. Emmanuel ran the lead-off leg for the 4x100m relay at the 2013 IAAF World Championships where Canada finished sixth in national record time of 42.99 seconds. She led off again at the 2015 IAAF World Relays where Canada finished fourth, setting another national record of 42.85 seconds and qualifying Canada for the 4x100m relay at Rio 2016. Emmanuel and the 4x100m relay team went on to win bronze at the 2015 Pan Am Games in Toronto before posting another sixth-place finish at the IAAF World Championships where they lowered the national record to 42.60 seconds. In July 2017, Emmanuel broke a 34-year-old Canadian record in the 200m, winning a meet in Ireland in a time of 22.50. She went on to race the 200m final at the 2017 IAAF World Championships.

A LITTLE  MORE ABOUT CRYSTAL

Getting into the Sport: Started in track and field at age 6… Her mother ran track and put her in it, even though she would have preferred to do ballet and gymnastics… Competition was stiff in Barbados so it made her train hard… Outside Interests: Enjoys reading, travelling and shopping… Has lost count of the number of athletic shoes she has bought; travels with them in a small suitcase by themselves to ensure they don’t get scratched or scuffed… Odds and Ends: Always travels with a handkerchief that her grandmother gave her before she died… Collects shot glasses from her travels… Has several tattoos, including the Olympic rings on her upper thigh, one for Barbados, and her motto, No fear, just love… Has embraced the mantra “Finish like Barnaby” in honour of teammate Daundre Barnaby who died in a swimming accident at a training camp in March 2015…