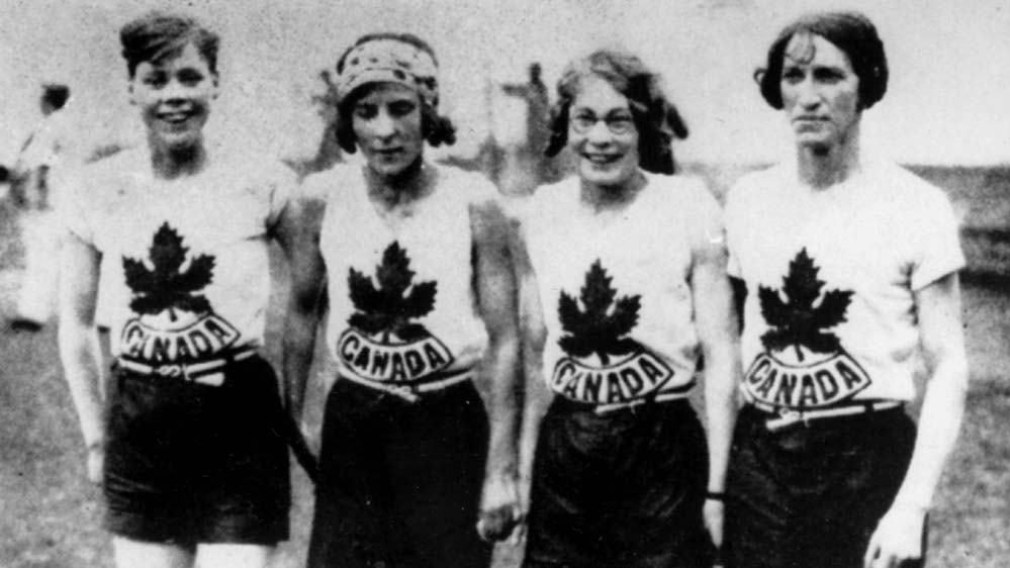 Florence Isabel “Jane” Bell ran the third leg of the world record setting, gold medal winning women’s 4x100m relay at Amsterdam 1928, with teammates Myrtle Cook, Ethel Smith and Bobbie Rosenfeld (she also reached the second round of the 100m). Upon returning to Toronto after the Games, the relay team was greeted at the train station by 200,000 people. Bell and the five other women competing for Canada in track and field for the rest time in Amsterdam 1928 were called the “Matchless Six” for their domination of their sports in their prime.

A member of the Parkdale Ladies Athletic Club, Bell was an all-round athlete. The year following her Olympic success, she was crowned Canadian champion in the 60 yard hurdles, javelin throw and baseball throw.

Bell’s involvement in sport started at the young age of 13, inspired by her father who was a competitive lacrosse player and gave her the nickname “Calamity Jane”. She graduated from Margaret Eaton School for Girls in Toronto in 1930 and started teaching physical education at the Guelph YWCA — essentially making her a professional and ending her athletics career.

Settling in the United States with her husband, Bell became an American citizen, a competitive curler and golfer. Upon her passing in 1998 in Fort Meyers, Florida at the age of 88, Bell was the last survivor of the 1928 Olympic relay team.