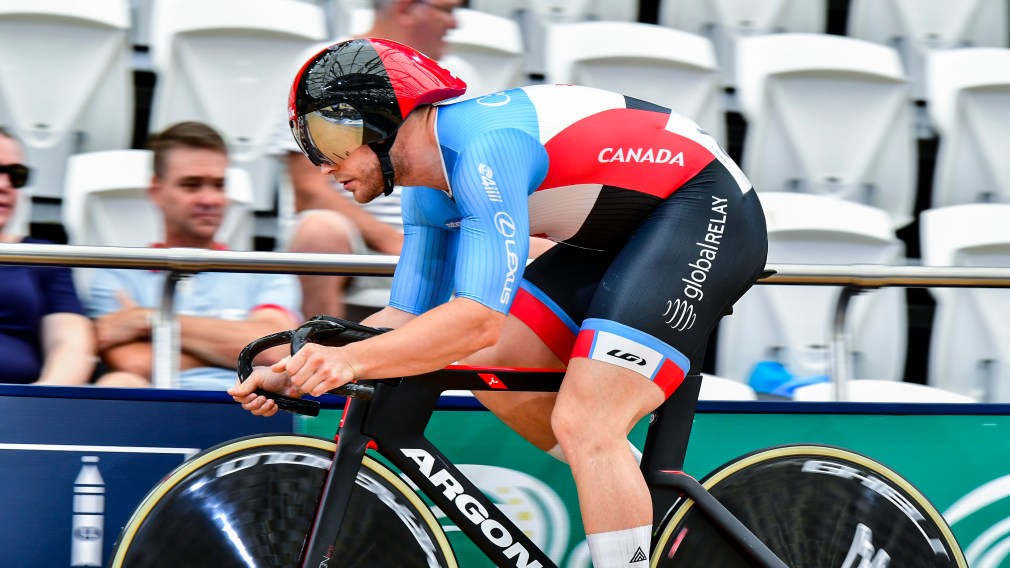 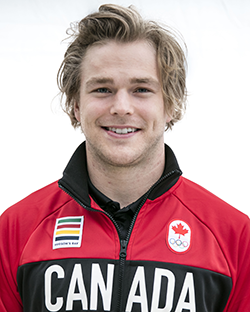 Hugo Barrette hails from les Îles de la Madeleine, a small Quebec archipelago that lies just north of Prince Edward Island. He was introduced to elite international competition at the 2011 UCI World Championships when he was just 19, having spent two years as a junior racer upon leaving his island home. In 2012 he just missed out on qualifying for the Olympic Games in London, motivating him for the future.

In 2013 he was part of the team sprint that set a national record in winning silver at the Pan American Championships. In January 2014 Barrette finished fourth in the keirin at the UCI World Cup in Guadalajara, which pushed him up to seventh in the UCI World Ranking. He would end the season ranked 14th in the world in the event, but for a time was the first Canadian man in 20 years to crack the top 10 in the event. After just missing the podium in the team sprint at the 2014 Commonwealth Games, Barrette went on to win silver in the keirin at the Pan American Championships in September.

After becoming a triple medallist at the 2015 Pan Am Games, striking gold in the sprint and team sprint, Barrette suffered a horrific crash in training on October 27, prior to the World Cup in Cali, Colombia. Losing control and going off the track through a guardrail, he sustained two broken lumbar vertebrae, broken nose, split lip, neck dislocation, severe contusions throughout his body and a concussion with a brief loss of consciousness. Cleared for the track just three weeks later, he claimed his first career World Cup medal just 81 days after the crash when he won keirin silver in Hong Kong in January 2016. He made his Olympic debut in the keirin at Rio 2016.

Since then, Barrette has added two more World Cup silver medals to his resume, both in the keirin, in February 2017 in Los Angeles and October 2018 on the home track in Milton. The latter helped him finish second overall in the World Cup keirin standings during the 2018-19 season. In 2018, Barrette broke into the top 10 at the World Championships for the first time, advancing to the Small Final in the keirin.

While competing in the keirin semifinals at the 2019 Pan American Championships, Barrette was involved in a crash, breaking his scapula. Just two months later, he was on the World Cup circuit again to pursue Olympic qualification for Tokyo 2020

A Little More About Hugo

Getting into the Sport: Played hockey in youth but at 16 focused on road cycling… Had always trained on a bike in the summer and would ride for hours… Left his island home at 17 and soon switched to track cycling on advice of his coach, because his physicality was better suited for it… Loves the extreme speed of track cycling… Outside Interests: Has always wanted to work in radio or another form of media…Odds and Ends: Nickname: Huge… Inspired by three-time Olympic medallist Curt Harnett… Favourite motto: You make choices, not sacrifices…