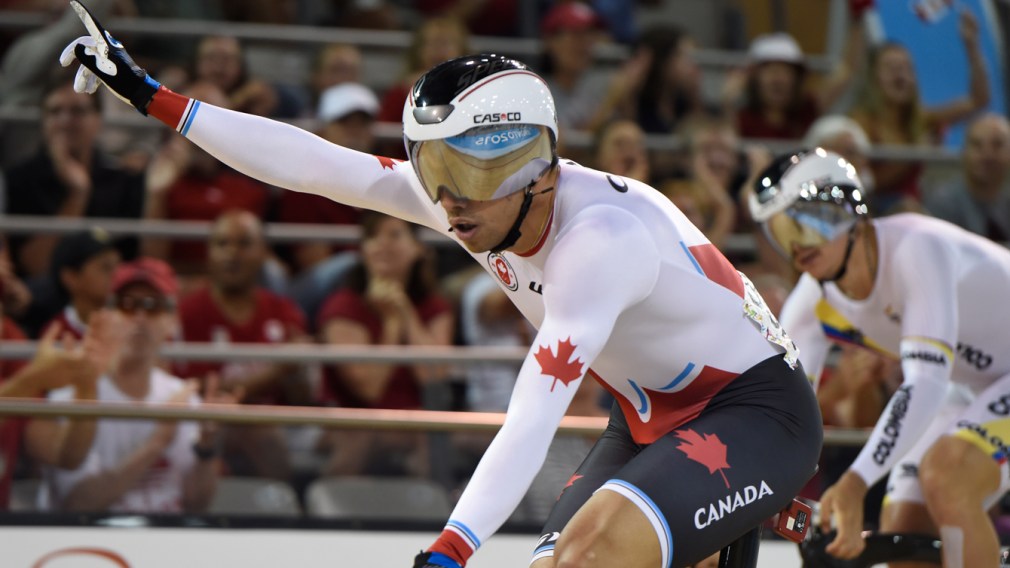 Joseph Veloce was Canada’s only male sprint track cyclist at London 2012 where he made his Olympic debut competing in the keirin. It was also his first appearance at a multi-sport games. He has since competed at the 2014 Commonwealth Games, just missing the podium as part of the team sprint. That came after a hard crash during a race in Colorado Springs in July 2013 in which he suffered a broken collarbone, broken scapula and bruised lungs. He resumed training six weeks after surgery. Veloce competed at his first junior national championships in 2006, just one year after getting into track cycling, and was disappointed with his three bronze medals. Two years later he was competing as an elite racer and won his first senior national titles in the keirin, sprint and team sprint. A multi-medallist at the Pan American Championships, Veloce set a then-Canadian 200m record of 9.802 at the 2013 edition.

Family: Parents William and Lucia… Younger sister Elisa… Younger brother Lucas… Getting into the Sport: Started cycling at age 15 after watching Lori-Ann Muenzer win sprint gold at Athens 2004…Began on the road but his physiology was best suited for sprinting… When he heard about the Forest City Velodrome opening in London, ON in 2005 he attended a day camp and found he was meant to race on a track… Outside Interests: Pursuing PhD in electrical engineering at the University of Southern California but coursework on hold until after Rio 2016… Graduated from McMaster University with Bachelor of Engineering… Odds and Ends: Favourite quote: “We are what we repeatedly do. Excellence, then, is not an act, but a habit”… Competed in soccer, basketball and hockey when younger…