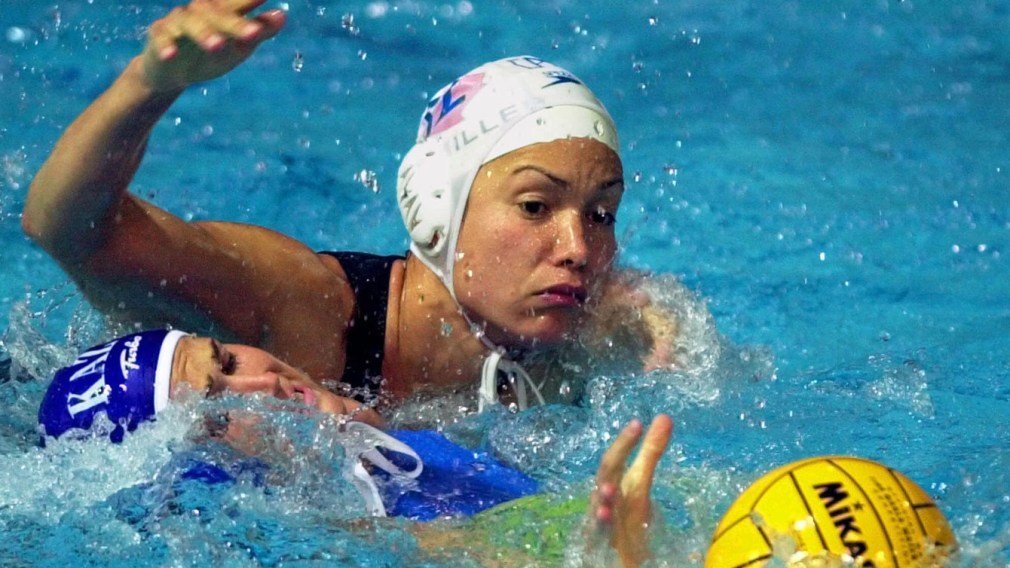 As a member of the women’s national water polo team, Waneek Horn-Miller won a gold medal at the 1999 Pan American Games in Winnipeg. She then served as co-captain of the first Canadian women’s Olympic water polo team that finished fifth at Sydney 2000. During the lead-up to those Games, Horn-Miller appeared on the cover of TIME magazine. She went on to help Canada win a bronze medal at the 2001 FINA World Championships.

Horn-Miller is one of Canada’s most influential Native Olympic athletes and an inspiring Native role model. A Mohawk from Kahnawake, as a teenager Horn-Miller had been behind the lines during the 1990 Oka Crisis and was stabbed by a bayonet. The near-death experience was a turning point in her life, as she used the incident to fuel her dreams of competing at the Olympic Games.

Horn-Miller is currently working with the Assembly of First Nations as the IndigenACTION Ambassador to develop a National Indigenous Sport, Fitness and Wellness Strategy, with an aim to attract Aboriginal youth to higher education by building self-esteem and emphasizing a balance between education and sport. She also sits on numerous boards and advisories.

Horn-Miller is a graduate of Carleton University in Ottawa where she was a three-time athlete of the year.