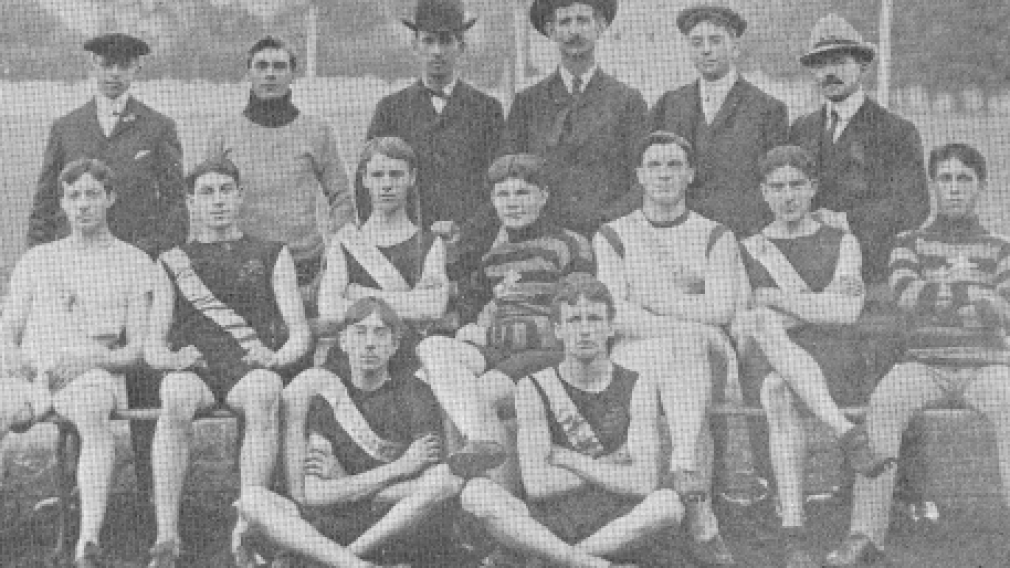 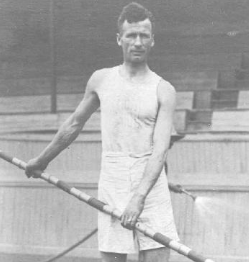 Canadian Bill Halpenny was awarded a special Olympic bronze medal in the pole vault at the 1912 Olympic Games in Stockholm after injuring himself on the landing pit.

At Stockholm 1912 while attempting 3.85m (12’5½”), Canadian pole vaulter Bill Halpenny landed off balance and on his chest breaking two ribs, which forced him to withdraw from the competition. Noting problems with the landing pit, the International Olympic Committee awarded him a special bronze medal for his achievements. Halpenny had previously made the Olympic team at St. Louis 1904 but his pole, which was shipped by rail, did not arrive in time for his Olympic competition. He was left to compete on a borrowed pole in an alternative handicapped pole vault meet held in connection with the World’s Fair. He finished fourth jumping 3.35m (11’0”) and whether or not his 1904 appearance is counted, he was Prince Edward Island’s first Olympic competitor, as the next person from the province to attend the Olympic Games would be Phil MacDonald at Paris 1924.

An all-round athlete, Halpenny excelled in high jump, long jump, triple jump and hurdles, but it was in the pole vault where he found his greatest talent and success. In 1901 he broke the Maritime pole vaulting record with a jump of 3.07m (10’1”). Dubbed “Boy Wonder” by the local press, over the next three years Halpenny set indoor and outdoor Canadian records. In 1905 Halpenny moved to Montréal joining the Montréal Amateur Athletic Association. He did not qualify for London 1908, but shortly after won the US and Canadian Championships.

After the War, Halpenny became the coach of the Abegweit Track Club. At the age of 40, in front of 3000 spectators, Halpenny decided to jump one last time in an attempt to reclaim his Maritime record of 19 years previous, which he did clearing 3.47m (11’4 ½”), breaking the previous mark by 9cm (3.5”). He then became Physical Director at the League of the Cross Gymnasium, where he developed a successful program in gymnastics, basketball, volleyball and physical exercise. He lived the rest of his life in Charlottetown.