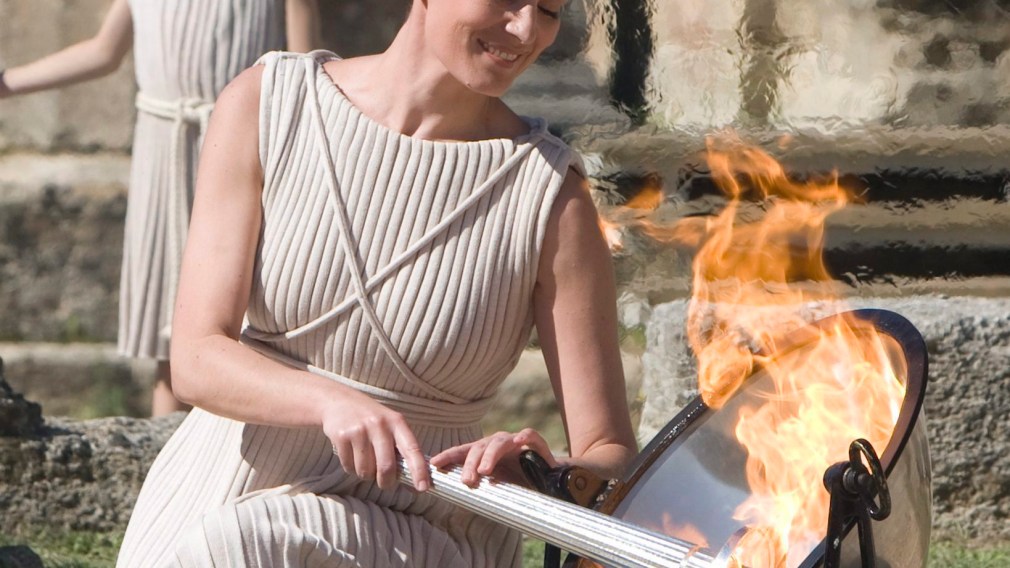 By The Canadian Olympic Committee
October 22, 2009

Today marks the official lighting of the Olympic Torch for Vancouver 2010. Prior to arriving in Canada, the Torch will stay in line with ancient traditions, starting first with the Olympic Torch-lighting ceremony in Olympia, Greece.

The ceremony is performed by high priestesses before the ruins of the Temple of Hera and intended to praise Apollo, ancient god of sun. The flame is ignited by reflecting the sun’s rays through a parabolic mirror. No matches, no lighters. The Olympic Flame must be lit in this manner. From the ancient stadium, the high priestess passes the torch to the first torchbearer who will relay on foot to the first stop in Pyrgos.

The Olympic Flame has now started out on its journey through several communities in Greece for eight days, where celebrations honouring its arrival will commence. From Pyrgos, the Olympic Flame is set to stay overnight in Kalavryta, followed by Karpensisi, Metsovo, Edessa, Thessaloniki, Volos, and Acropoli.

The final torchbearer in the Greek leg of the torch relay will carry the Olympic Flame from New Acropolis Museum to the Panathenian Stadium in Athens on October 29, where the handover ceremony is set to take place. The flame will be transferred to members of the Vancouver Organizing Committee for the 2010 Olympic and Paralympic Winter Games, who will transport the flame via a trans-Atlantic flight to Victoria.

The flame arrives in Victoria on October 30, marking the start of the 106-day, 45,000-kilometre 2010 Olympic Torch Relay. Canadians can get energized with Olympic spirit during the world’s longest domestic Olympic Torch Relay ever.

It is sure to be an amazing few months in advance of Canada’s largest sport event ever held. To view an interactive map of the torch relay in Canada, visit .