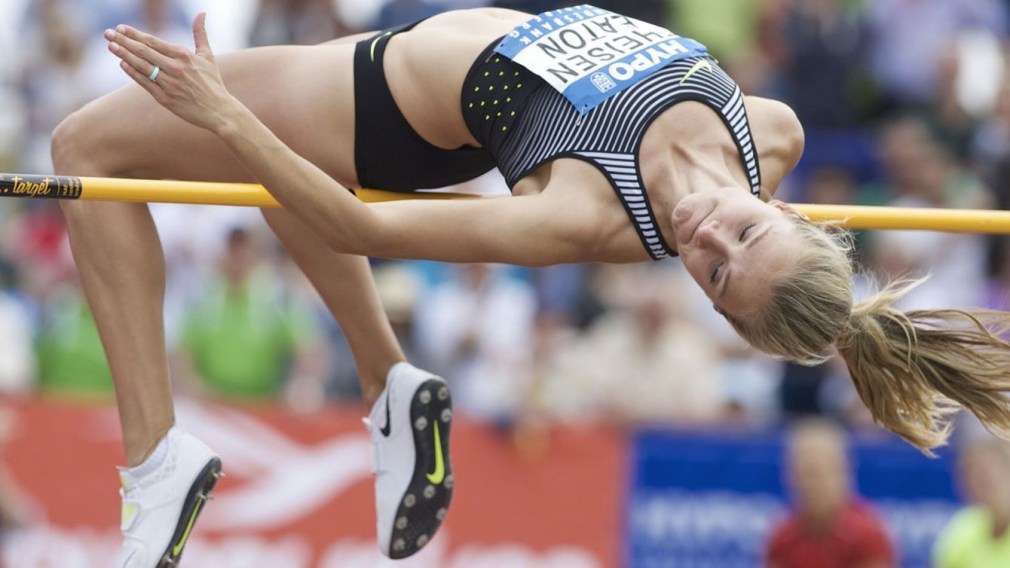 With a world leading 6765 points, Brianne Theisen-Eaton won the heptathlon at Hypo-Meeting in Gotzis, Austria on Sunday.

It’s the second consecutive year and for the third time in four meets at Gotzis that Theisen-Eaton has won the heptathlon crown in the annual combined events mega showcase. It’s also the second time Canadians swept the heptathlon and decathlon with Damian Warner winning the latter. 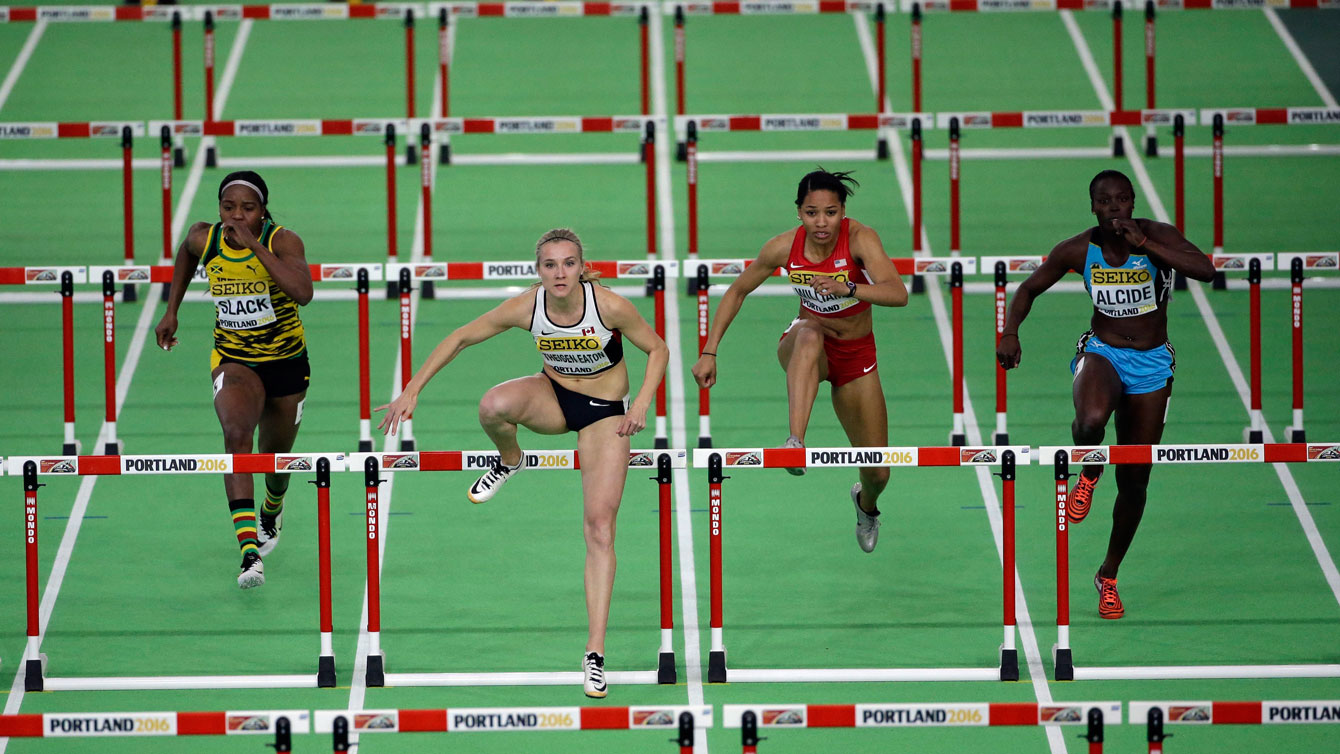 Brianne Theisen-Eaton competes in the 60m hurdles portion of the pentathlon at the IAAF World Indoor Championships on March 18, 2016.

Holding a 40-point lead against the field after the first four events on Saturday (where she set two personal bests), Theisen-Eaton entered Sunday wearing the ‘leader’ bib. She expanded that gap in winning by 143 points on Sunday, with Laura Ikauniece-Admidina of Latvia coming in second, while Carolin Schafer of Germany finished third.

Theisen-Eaton’s main competitor going into the final day was Katarina Johnson-Thompson of Great Britain, who is the only other person to win the heptathlon title at Gotzis in the last four meets.

Johnson-Thompson, however, faded when she failed to land a top long jump mark, while Theisen-Eaton leapt to a field-leading 6.56 metres for 1027 points.

The Canadian followed up her long jump exploits with a personal best javelin throw 47.74m, scoring another 816 points while Johnson-Thompson continued to struggle, throwing well below her career high.

In the final event on Sunday, Theisen-Eaton – then comfortably ahead and in one of her stronger events – ran the second fastest 800m time, a 2:10.98 clocking that brought her 963 points.

Canadians swept the heptathlon and decathlon titles on Sunday, with Damian Warner winning the men’s field. Theisen-Eaton and Warner had previously recorded the Canadian sweep in 2013.