Team Canada celebrates a silver and a bronze medal in Montreal

Team Canada celebrates a silver and a bronze medal in Montreal 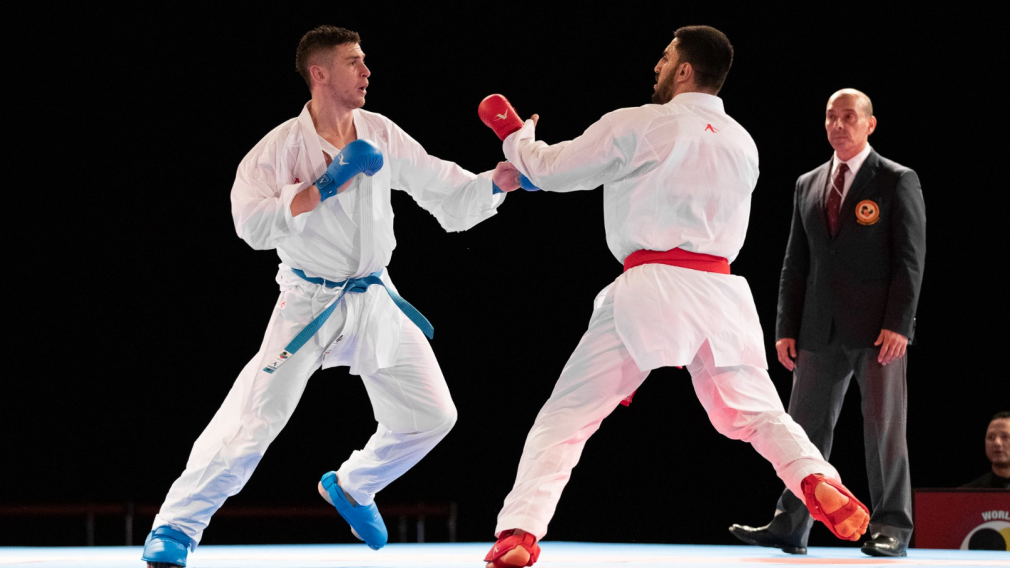 It was a fight on home soil for Daniel Gaysinsky and Haya Jumaa who collected a silver and bronze medal, respectively, at the WFK Karate Series in Montreal on Sunday.

Daniel Gaysinsky put up a strong fight in the Kumite +84kg against Turkey’s Alparslan Yamanoglu. Although Yamanoglu came out on top, this silver medal showing put Gaysinksky in a great place for upcoming events. Previously, Gaysinsky won his first four matches to launch him into the finals.

Haya Jumaa won the bronze medal in the Kumite -61kg on Sunday afternoon. She was able to defeat Mayumi Someya of Japan. This is her second bronze medal of the year as she celebrates being ranked 6th in the world. Earlier in the event, Jumaa lost in the semi-finals to current world champion Jovana Prekovic from Serbia after winning her first three matches. This helped send her to the bronze medal final and eventually helped her celebrate a successful fight on the podium.

Both athletes will also be representing Canada at the Pan-American Games in Lima, Peru later in July.