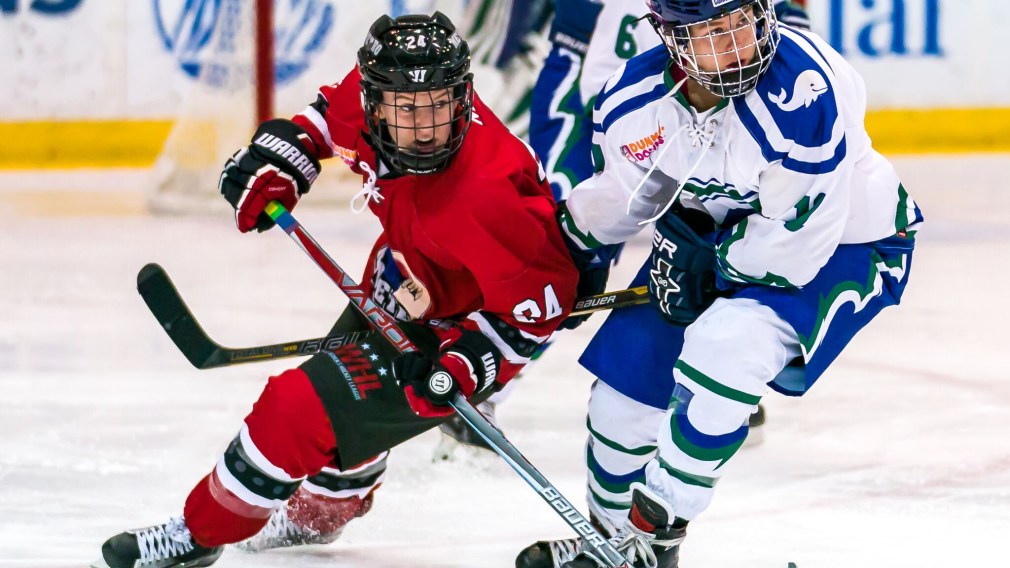 Everyone has a place they feel most at home.

Home is where your stress and anxieties are gone. Where you can be your most true self. Where you are surrounded by people who love and support you. Wherever it is, home is the place you belong. 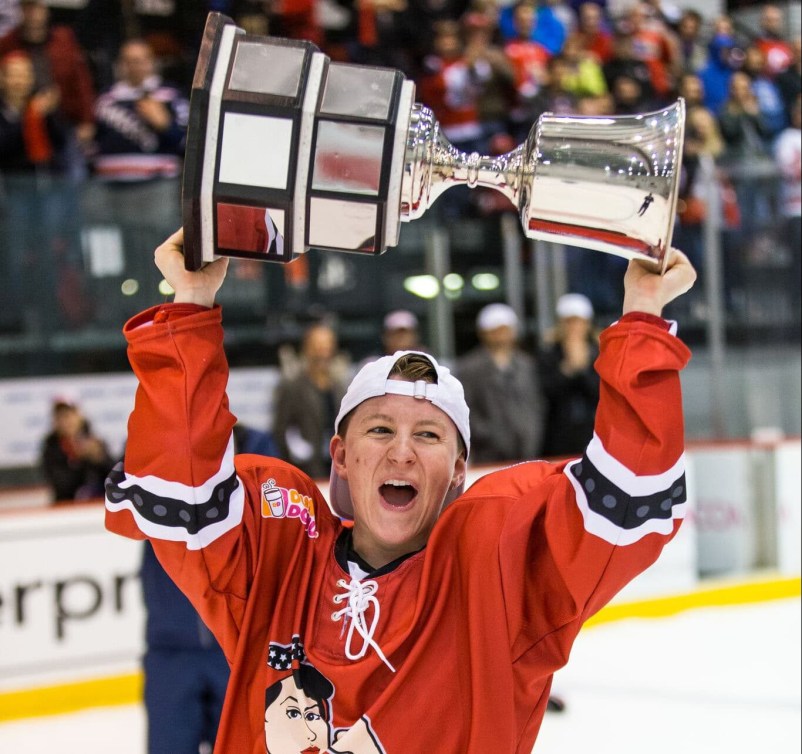 For Harrison Browne, hockey is his home.

Harrison was born in the wrong body, making it very difficult to be authentic and truly himself. There were barriers to break and mountains to climb.

His teammates were instrumental in his support system, calling him by the nicknames ‘Harry’ or ‘Brownie’, years before he was even out to the public. But the support he received was shadowed by the fact that every goal, every point and every championship he had was not attributed to Harrison. It took part of his identity away from the game he loved.

Very excited to announce that I’m an ambassador for @pridetoronto this year! Kicking March off we are celebrating the colour yellow as our first colour of the Pride Flag 💛 – Before I came out so publicly in 2016 I always felt like I needed to hide the best part of me from everyone. I was scared of what people would think if they found out who I truly was. I lived my life trying to be what other people wanted me to be instead of taking control of my own identity. I never knew just how liberating it would feel to take off this mask and show the world the real me – show the world Harrison. ▫️ – The amount of unwavering support I received when I was feeling my most vulnerable was overwhelming. I will never forget how special it was to be voted into the All-Star game the year I came out by the fans. Being able to represent my trans siblings at a professional sporting event is a moment that I will cherish forever. Thank you all for welcoming me with open arms and showing me that I didn’t need to be afraid of being my authentic self.▫️ – I’m super excited to be spending another Pride season as Harrison and encourage you all to join me in celebrating this amazing community! I will be at @pridetoronto this year and hope to see you all there. Please see the link in my bio to make sure you don’t miss out on the any of the fun! #PrideTO #PrideTO_Partner 🎉🏳️‍🌈 – #transisbeautiful #thisiswhattranslookslike #pride #pride2019

Harrison came out publicly before the start of his second season in the NWHL, making him the first transgender player in a professional hockey league.

But he also had to make sacrifices for this dream. He had to postpone his physical transition until he was ready to retire, essentially putting his whole life on hold until he could fulfill his dream.

RELATED: What is Team Canada’s One Team program?

This took its toll. But hockey is his home. In that second season, the first where he could play openly as his authentic self, this was validated when he scored a goal and the announcer said, “Harrison Browne, his first of the season.” It’s a moment he’ll never forget. A moment of validation, of feeling like his successes were his own and no one else’s.

And that same year after winning the NWHL championship, he celebrated with his teammates, lifted the Isobel Cup which will forever have his name engraved in it. Harrison Browne.

When I came out as transgender publicly 2 seasons ago, my main motivator was having my chosen name used. It was draining every day to be referred to as someone that I wasn’t. I had no idea how freeing it would feel to hear “Harrison” at the rink and see it on rosters. Fast forward 2 seasons later! I now will have had Harrison etched onto a professional sports trophy not once, but twice. 🏆 – – Proud to be an out transgender athlete and break down barriers by just being myself. 👊🏻 – – #transgender #transman #transmenofig #trans #ftm #transisbeautiful #thisiswhattranslookslike #lgbt #lgbtq #harrisonbrowne

A lot of sacrifice goes into being an elite athlete, training at the highest level and being at your absolute best. But the blood, sweat and tears are worth it. When they struggle to take one more step and their muscles want to give up, athletes are committed to their sport. Through the hardships and adversity, sport is where they belong. Where they’re at home.

Luckily for Harrison, his team and league were supportive of his transition. He could break down barriers, set records and make history in the process. And now, retired from professional hockey, he wants the same for all young athletes.

RELATED: Becoming comfortable in your own skin by Eric Radford

He is raising awareness for LGBTQ+ athletes in sport. He is pushing for inclusion, acceptance and support for these athletes who have big dreams to be a part of a team, to play a sport, or to represent the maple leaf on the international stage. He wants to break down barriers for the next generation, so nothing will stand in their way of achieving their dreams.

You can help too. Through your generous donations, these athletes have one less obstacle to face on their way to reaching their goals.  By supporting the Canadian Olympic Foundation, you can make it easier for young athletes to make tough sacrifices, to do what they love, and to find where they belong. 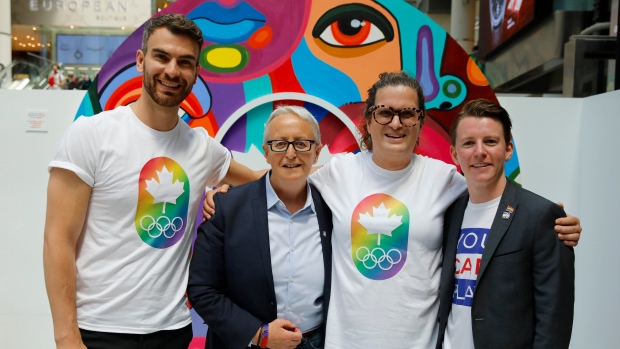 Thank you for supporting Canadian athletes through their struggles, their triumphs and their journey to the podium.