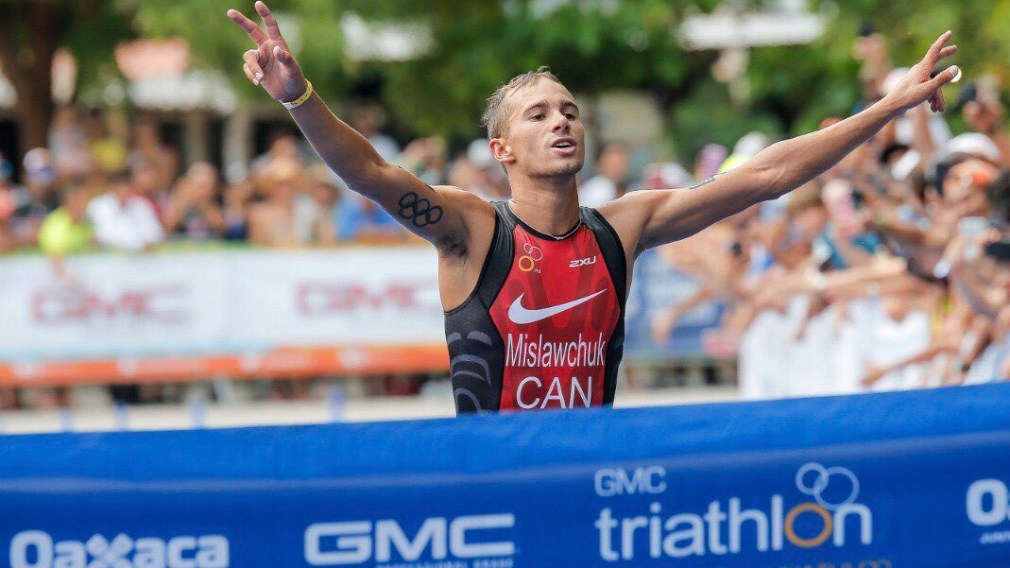 Tyler Mislawchuck became the first Canadian male to reach the podium on the World Triathlon Series tour. He captured bronze in Montreal, Quebec on Saturday afternoon.

The 25-year-old made history in front of a home crowd, claiming his medal in a time of 53:53 on the ITU World Series’ sixth stop. Joining him on the podium was Belgium’s Jelle Geens with a golden time of 53:49 and Mario Mola of Spain who earned himself the silver in 53:50.

This season, the Winnipeg native has had quite the showing. Mislawchuk won his first career World Cup in Mooloolaba, Australia in March and then reigned victorious just a few months later, claiming his second medal of the season, in Mexico.

The next triathlon event in the ITU World Series tour is in Hamburg, Germany from July 6-7.