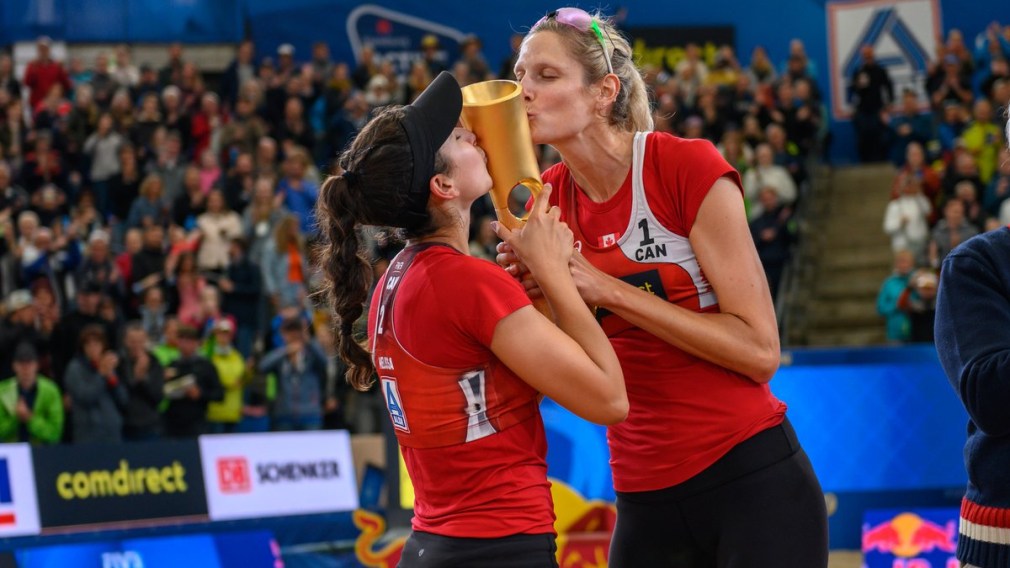 With multiple podium finishes, one national record, two national awards and two Tokyo qualifications, Team Canada jumped into the first weekend of July on a high.

In case you missed the action, here is a quick snapshot of what happened this past weekend!

*Can you use it in a sentence?*@RugbyCanada has QUALIFIED for @Tokyo2020 after defeating Jamaica in the finals at the #RAN7s 🎉🙌

Team Canada’s men’s rugby sevens team has locked in their spot for Tokyo 2020 after going undefeated at the Rugby Americas North tournament.

Canada advanced to the finals by defeating Guyana 47-5 in the quarterfinals, and beating Bermuda 55-0 in the semifinals. In the finals they capped off their win streak with a 40-5 over Jamaica to claim the gold.

Not only were the Canadians able to outscore their opposition 293 – 15 throughout the tournament, but this is their first ever qualification for an Olympic Games making this a huge win for Team Canada.

The duo defeated USA in two straight sets to win Canada’s first ever title of the tournament.

A solid weekend for #TeamCanada 🇨🇦

2️⃣ Canadians on the podium today
9️⃣ Medals total for Canadians this weekend! 🤯🙌

Canada’s judo athletes had a strong weekend and clinched a total of nine medals (one gold, four silvers and four bronzes) on home soil at the Montreal Judo Grand Prix.

In the -57kg weight class, Christa Deguchi and Jessica Klimkait started the tournament off strong, finishing 1-2 on the podium, respectively. Jacob Valois ended off Canada’s day with the -60kg bronze.

On the final day of competition, Shady El Nahas (-100kg) locked in the final silver medal of the weekend and Kyle Reyes (-100kg) won the bronze.

Another day, another straight-sets win for Gaby Dabrowski and Xu Yifan, who power into the quarter-finals at #Wimbledon.

Overseas on the grass courts in England, Milos Raonic and Gaby Dabrowski are the final Canadians standing at Wimbledon.

On Friday, Raonic defeated Reilly Opelka in three straight sets and is ready for his match against the number 28 seed, Argentine Guido Pella at 11:00am on Monday.

On Monday morning, Dabrowski locked in a spot in the women’s doubles quarterfinals with her partner Xu Yifan, and plays again later in the day at 12:30pm ET for mixed doubles.

RELATED: Why are strawberries and cream popular at Wimbledon?

Incredible Night In Switzerland Yesterday 🇨🇭💎 Pulled off a 2nd place 🇨🇦 finish with 18.46m (man im consistent) and qualified for the Diamond League Final in Zurich at the end of August. Fellow @globalthrowing Teammate @fannyrooss 🇸🇪 placed 3rd with 18.41m! I am now in 🇮🇹 for the World University Games

Even though De Grasse was unable to beat American Noah Lyles (who set a new meet record that day), he was just shy of his 200m season’s best, while Brown earned a new personal best.

All the feels.
Massive PB. New 🇨🇦 Record.
Worked my butt off to get back to this level and have no intention of stopping here.
Next up:@AthleticsCanada Nationals ➡️ @TeamCanada Pan Am Games ➡️ @iaaforg World Champs#TeamNB pic.twitter.com/zG6WXZREfd 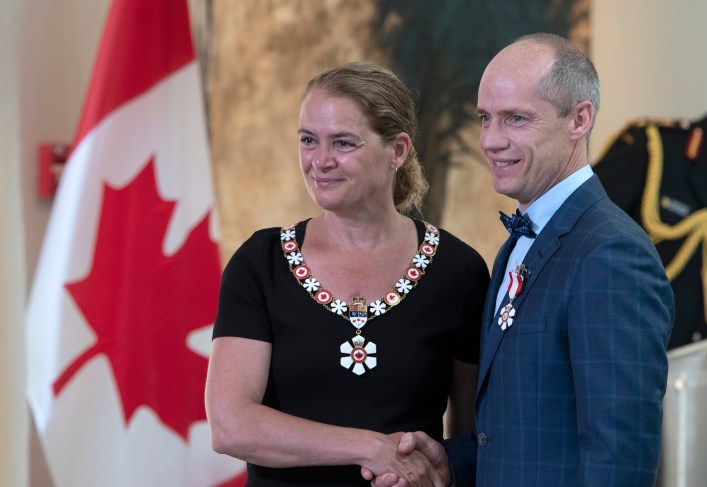 Figure skater Kurt Browning, right, of Toronto, receives the Order of Canada from Governor General Julie Payette during a ceremony Thursday, July 4, 2019 at the Citadelle in Quebec City. THE CANADIAN PRESS/Jacques Boissinot 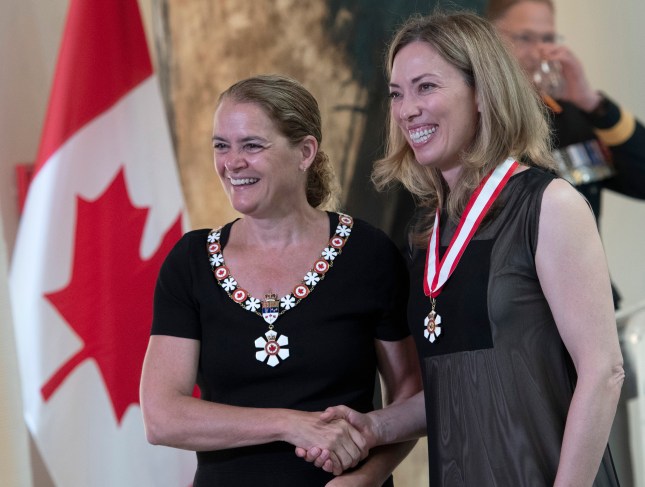 Rebecca Scott, right, of Canmore AB, receives the Order of Canada from Governor General Julie Payette during a ceremony Thursday, July 4, 2019 at the Citadelle in Quebec City. Scott is Canada’s most decorated cross country athlete and advocate for athletes’ rights. THE CANADIAN PRESS/Jacques Boissinot