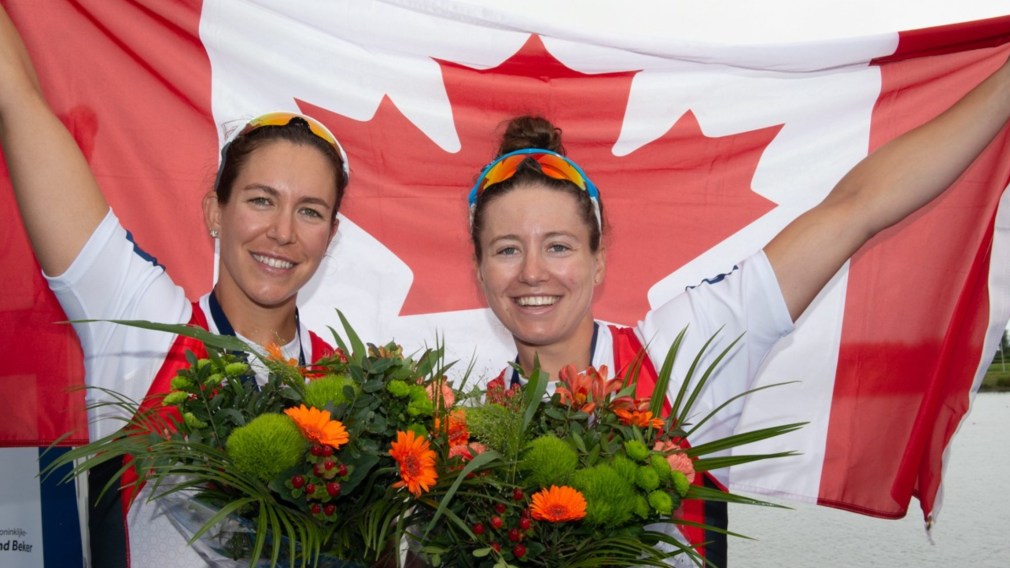 The Women’s Doubles team of Andrea Proske and Gabrielle Smith and the Women’s Eight squad both rowed to bronze at the World Rowing Cup in Rotterdam, Netherlands on Sunday.

The first to reach the podium was Andrea Proske and Gabrielle Smith in Women’s Doubles. Pushing through the challenging conditions, the pair finished at 08:03.77s, trailing behind Romania (07:58.39s) and Australia (07:59.11s).

This is the duos second World Cup medal after earning a previous silver medal at the 2018 World Cup 3 in Lucerne.

To finish off the event, the Women’s Eight crew was able to row to a bronze medal of their own. The squad includes Madison Mailey, Kasia Gruchalla-Wesierski, Avalon Wasteneys, Stephanie Grauer, Christine Roper, Susanne Grainger, Jennifer Martins, Rebecca Zimmerman, and Kristen Kit. Their time of 06:46.77s put them behind New Zealand (06:32.40s) and Australia (06:36.04s).

Jen Casson and Jill Moffatt also won the B Final to place them seventh overall in the Light Weight Women’s Double Sculls.