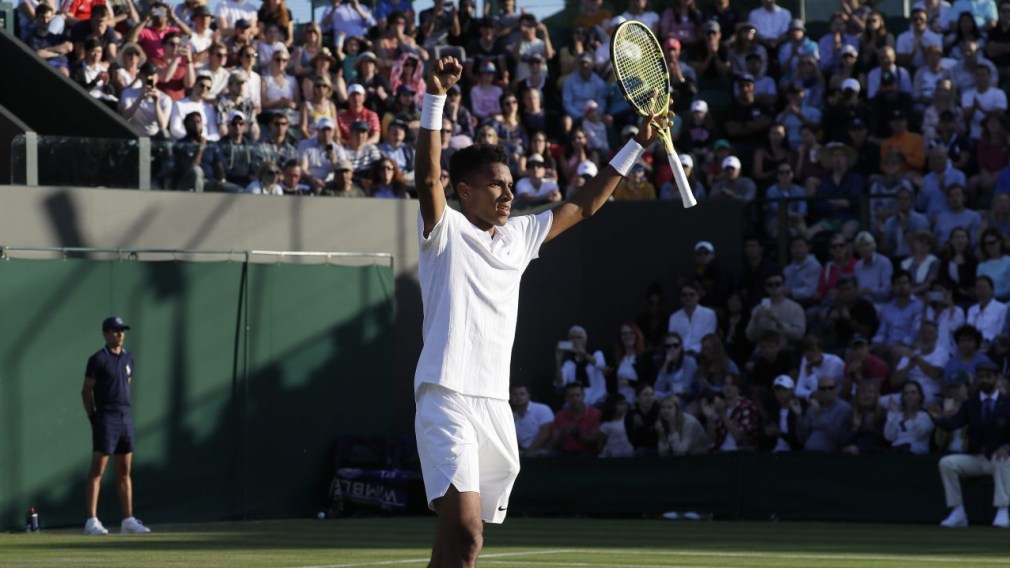 Throughout its 142-year history, the Championships (better known as Wimbledon) has seen some of world’s greatest tennis stars deliver some truly incredible moments.

As the 2019 tournament comes to a close, here’s a look at some of the moments from this year that will live on in our memories.

Battle of the men’s singles

Novak Djokovic won his second-straight Wimbledon title after defeating Roger Federer in a fifth set tiebreak marathon (7-6, 1-6, 7-6, 4-6, 13-12). Now known as one of the longest matches in Wimbledon’s single’s history, this was also the first time a tiebreak was required to finish a Wimbledon final.

Ottawa's Gaby Dabrowski will play for her first Grand Slam title in women's doubles, as she and Xu Yifan defeat defending champions Siniakova/Krejcikova, 6-1, 3-6, 6-3 at #Wimbledon.

Canadian Gaby Dabrowski and her partner Xu Yifan entered the draw at Wimbledon as the fourth seeds in women’s doubles. The pair opened the tournament with four strong performances cementing their place in the semifinals. Gabrowski and Xu needed three sets but ultimately defeated the number two ranked doubles team at Wimbledon, booking their ticket to the finals.

The finals were supposed to take place on Saturday and after much delay, were postponed until after the Men’s Singles on Sunday. After waiting for the completion of the Men’s Singles match, the pair would, unfortunately, fall to Barbora Strýcová and Hsieh Su-Wei (6-2, 6-4). Overall, Dabrowski had a positive run and there’s hope for future events, considering that she is the first Canadian to reach a Grand Slam women’s doubles in over 30 years.

The MurRena journey was fun while it lasted, but they left us something special to remember them by…#Wimbledon | @andy_murray | @serenawilliams pic.twitter.com/4XuPnXl5T7

Serena Williams entered Wimbledon looking for her eighth title at the All England Club and from her opening match, she looked like she would not be stopped. Her strong play would carry her through to the finals where she faced off against Simona Halep on centre court.

Although, Halep beat Williams (6-2, 6-2) denying her from recording the 24th Grand Slam Singles title that would have put her close to Martina Navratilova for most Wimbledon championships. This was Halep’s first-ever All England Championship, and the first time a Romanian had ever won the singles title at Wimbledon.

Notably, Williams also had made a splash in the mixed doubles draw with British partner (and fan favourite) Andy Murray. While the dream team was knocked out of the tournament in the third round, the pair brought extra attention to the mixed doubles competition which is often overlooked by audiences.

Auger-Aliassime shines on the grass 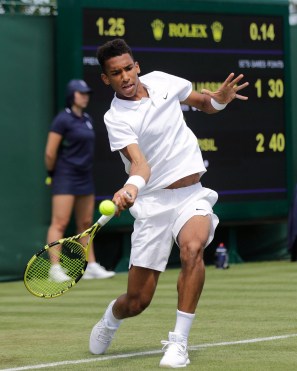 Canada’s Felix Auger-Aliassime impressed many on the men’s side at Wimbledon by advancing to the third round after defeating fellow Canadian and good friend Vasek Pospisil, earning his first career Grand Slam win. Although his impressive run came to an end far too soon for his liking and the rest of Canada, it was an eye-opening performance by the youngest player in the Wimbledon men’s draw.

At the young age of 18, the sky is the limit for Auger-Aliassime and many believe he is a leading candidate to dethrone one of the big three of Federer, Djokovic, and Nadal.

A moment to treasure…

Juan Sebastián Cabal and Robert Farah became the first Colombians to win a Grand Slam Men’s Double title. This was their 31st Grand Slam appearance as a team. This is the sixth consecutive Grand Slam where the victorious men’s doubles have been players from the same nation. This can only mean that Colombia will be ready to celebrate their historic Wimbledon champions upon their return.

After the match, she was overcome with emotion and thanked Venus for inspiring her ✊

On the opening day at Wimbledon, 15-year-old Cori “Coco” Gauff made her Wimbledon debut against her idol Venus Williams. While most probably believed Williams would dominate the match, Gauff showed that you can never count your chickens before they hatch, as she defeated her veteran opponent in straight sets. The impressive victory came after Coco became the youngest player in the Open era to advance through the qualifying phase to reach Wimbledon, but she was not done there.

Coco’s fame would continue to grow as she quite easily handled Slovakia’s Magdaléna Rybáriková. While her magical run came to an end on “Manic Monday” at the hands of eventual finalist Simona Halep, Coco was definitely the talk of Wimbledon. As a result, she won the OPPO Wimbledon Breakthrough Award.

After surpassing Jimmy Connors for the most wins at a Grand Slam championship earlier in the tournament, 20-time major champion, Roger Federer beat Kei Nishikori in four sets to claim his 100th match victory at Wimbledon. With that, Federer became the first player in history to hit the century mark in wins at one of the four Grand Slams.