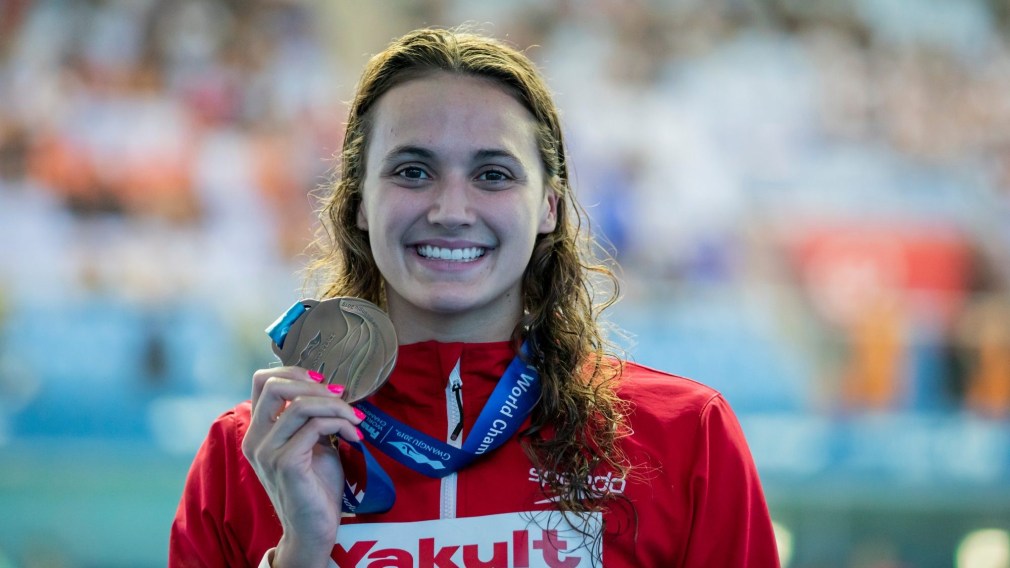 Kylie Masse has won her second medal of the 2019 FINA World Championships, taking bronze in the 200m backstroke on Saturday to make multiple changes to the Canadian record books.

Masse had been in fifth place through the first 50 metres of the final, but moved herself into podium position by the midway mark. Smith opened up more than a two body lengths lead on the field and flirted with the world record she had set in the semifinals before finishing just shy of that mark.

🇺🇸17-year-old Regan Smith produced a world record-swim yesterday, and she very nearly did it again in the final of the Women’s 200m backstroke to win gold

On Tuesday, Masse won her second straight world title in the 100m backstroke. She now has four career medals at the FINA World Championships, matching Penny Oleksiak‘s total for most medals won by a Canadian female swimmer. Three of Masse’s medals have been in individual events, matching the Canadian women’s record set on Friday by Sydney Pickrem.

This is the seventh medal Canadian swimmers have won at this year’s worlds, surpassing the country’s previous record haul from the 1978 FINA World Championships. Canada just missed another medal on Saturday in the mixed 4x100m freestyle relay, as the quartet of Markus Thormeyer, Yuri Kisil, Ruck and Oleksiak finished fourth while setting a national record time. There is still one more day of racing on Sunday.